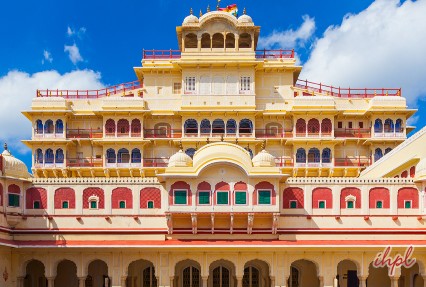 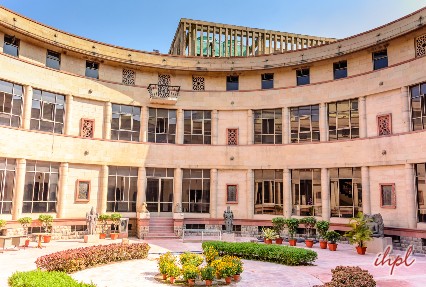 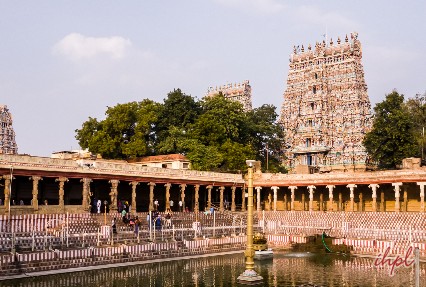 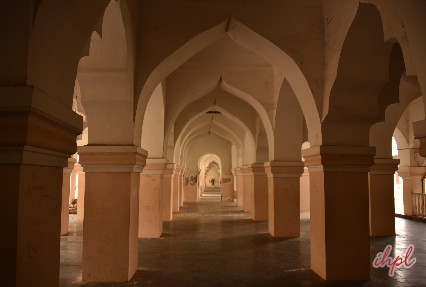 India Museums and Architecture Tour, a package of 19 nights and 20 days, offers you a chance to visit the popular museums and architectural marvels all across the country. During the tour, visit India’s well-known destinations such as Delhi, Khajuraho, Orchha, Agra, Jaipur, Jodhpur, Udaipur, Mumbai, Madurai, Chettinad, Tanjore, Trichy and Chennai. Some of the highlights of the tour are visits to UNESCO World Heritage Sites of Ajanta and Ellora caves as well as the temple cities of Kanchipuram and Mahabalipuram.

After arriving in Delhi, meet an IHPL representative who helps you with an assisted transfer to your pre-booked hotel. After lunch, visit the National Museum – one of the largest museums in India. This music houses the finest collection of Indian artifacts from pre-historic to the modern times. Stay overnight.

On the 2nd day of the tour, you will embark on the sightseeing tour of the Old and New Delhi which includes the monuments that were built during different times. The list of attractions includes Red Fort, Jama Masjid, India Gate, Gandhi Memorial, Qutub Minar Complex, Lakshmi Narayan Temple, and Humanyun’s tomb. You will get the glimpses of the bygone era and learn about the cultural and architectural heritage of India. Return to the hotel in the evening. Overnight stay at the hotel in Delhi.

After breakfast, in the morning, get transferred to the Jhansi railway station to board a train to Agra. En- route to Jhansi Khajuraho, halt at Orchha, a medieval town, sprinkled with Bundelkhand buildings bearing fusion of Mughal and Rajput architecture.

Evening arrival in Agra. Check-in your hotel. If time and energy permit, you can visit the market to shop for local renditions of Petha and Dalmoth. Stay overnight.

The 5th day of the tour is for sightseeing in Agra. Visit the Tomb of Sikandra – an important Mughal architectural masterpiece that was erected by Emperor Akbar during his life and the Tomb of Itmad-ud-Daulah –fondly known as the “Baby Taj”. In the second half of the day, visit other important monuments like Agra Fort and the Taj Mahal – a white marble mausoleum built by Emperor Shah Jahan in the memory of his beloved wife Mumtaz Mahal (during sunset). Overnight in Agra.

Have breakfast and hit the road to Jaipur. En- route halt at the UNESCO World Heritage Site of Fatehpur Sikri – the old deserted Mughal Capital of Emperor Akbar. Afternoon arrival in Jaipur. The rest of the day is at leisure. Shop for souvenirs at the popular markets or taste the local Rajasthani delicacies. Stay overnight in Jaipur.

In the morning, visit the Amber Fort, situated on a hill top. To reach up to its entrance, enjoy an elephant ride. Once inside, visit the Palace of Mirrors (Sheesh Mahal), Hall of Public Audience and the lush manicured gardens. In the afternoon, visit the other attractions including the Jantar Mantar (Astronomical Observatory), Hawa Mahal (the Palace of Winds), the City Palace Museum. Stay overnight.

After breakfast on day 8, proceed to Jodhpur. On arrival, complete the check-in formalities at your hotel. the rest of the day is free to interact with the locals, enjoy the lip-smacking food, visit the market or explore the surroundings on foot. Overnight stay in Jodhpur.

In the morning, explore the magnificent Mehrangarh Fort and Museum, one of the India’s largest forts. This amazing structure of Rajput architecture is situated 400 feet above the city level. Later, visit the old town. Enjoy a walk through the bazaar to get a feel of the town.

In the early evening, enjoy a short camel safari to the Bishnoi tribal villages, known for their belief in the sanctity of plant and animal life. You can spot a variety of deer roaming freely. Observe the daily activities of the locals. Stay overnight.

Today, after breakfast, drive towards Udaipur. On the way, visit Ranakpur to visits its beautiful Jain temples, also popular as one of Seven Wonders of India. These are the largest and the most beautifully preserved Jain Temples in the country. Proceed to Kumbalgarh fort, built during the 15th century by Maharana Kumbh. Once at the top, you can have a great view of the countryside. Evening arrival in Udaipur. Complete the check-in at your hotel. If you want then you can visit the market to do some shopping or to eat the local delicacies. Stay overnight.

Post breakfast, day 11 is scheduled for sightseeing. The city tour begins with a visit to the City Palace, built by the Maharana Udai Singh in 1559. Also visit the beautiful Jagdish Temple –a Hindu temple that was originally known as t he temple of Jagannath Rai and Sahelion-Ki-Bari – the Garden of the Maids of Honour. Have lunch at one of the Palace hotels of the city. Later, enjoy a boat ride on Lake Pichola cruising along the beautiful gardens and other nearby structures. Stay overnight.

Get on-time transfer to the airport to board a flight to Mumbai. From here, board a connecting flight to Aurangabad. After arrival in Aurangabad, complete the check-in formalities at your hotel. (Note: Depending on the flight timings, city tour of Mumbai can be arranged).

Day 13 is fixed for visiting the UNESCO World Heritage Site of Ajanta caves. These 30 rock-cut caves are masterpieces of Buddhist religious art that contain the figures of Buddha along with the depictions of the Jataka tales. Out of these 30 caves, five are Chaityagrihas and the rest are Viharas. Back to Aurangabad for an overnight stay.

After breakfast, proceed to Ellora caves, another UNESCO World Heritage Site. A total of 34 Hindu, Jain and Buddhist caves were carved between 5th and 10th centuries. These rock-cut temples and monasteries of Ellora are an epitome of Indian rock-cut architecture. Later. in the evening, get transferred to the Aurangabad airport to board a flight to Mumbai. On arrival, check-in formalities at your hotel.

From Mumbai airport, board a flight to Madurai. On arrival, complete the check-in formalities at your hotel. After lunch, pay a visit to the various temples of Madurai, the most popular one being Sri Meenakshi Amman, also known as Meenakshi Sundareswarar Temple – dedicated to Goddess Parvati (Meenakshi) and her consort Lord Shiva. Stay overnight.

After breakfast, begin driving to Chettinad, popular its mansions, temples and artistic houses.

After arrival, the rest of the day is at leisure- explore the popular tourist attractions such as Chettiar Palace, Athmanathaswamy Temple, Chettinad Museum. Do not miss relishing Chettinad delicacies. Back to Madurai for an overnight stay.

On day 17, after breakfast, begin driving to Tanjore, popular as City of temples. There are around 74 temples, the most famous one being the Brihadeeshwarar temple, around 1000-yr old. The next visit is to the Thanjavur Palace, locally known as Aranmanai. It is the official residence of Bhonsle family who ruled over Tanjore from 1674 to 1855.

Later, begin driving to Trichy, a small but a beautiful town. In the evening, visit the Rock Fort Temple, also known as Ucchi Pillayar Koil. This temple complex is an arrangement of two temples of the 7th century, dedicated to Lord Shiva and Lord Ganesh. Stay overnight.

On day 18, begin your train journey to Chennai. On arrival, complete the check-in formalities at your hotel. The afternoon is free to explore the city. Visit the major city attractions like Fort St. George, Kapleshwarar temple etc. Later, visit the Marina beach to indulge in fun activities. Stay overnight.

Today leave for an excursion to Kanchipuram and Mahabalipuram. Both of these places are homes to some of the most beautiful ancient temples of the Southern region of the country. The first stop is Kanchipuram, a small town with numerous temples, the most famous one being Kamakshi Amman Temple. Later, continue to Mahabalipuram. On arrival, take a city tour. Visit its famous temples including Shore temple, Pancha Rathas, Varaha cave temple etc. Back to Chennai for overnight stay.

Spend the day at leisure. Get transported to the airport to board a flight for your onward journey.