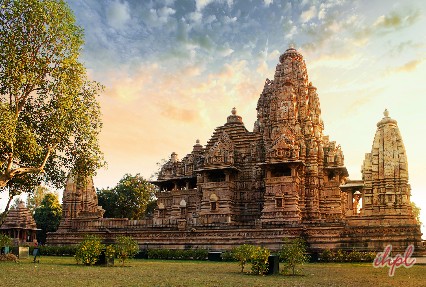 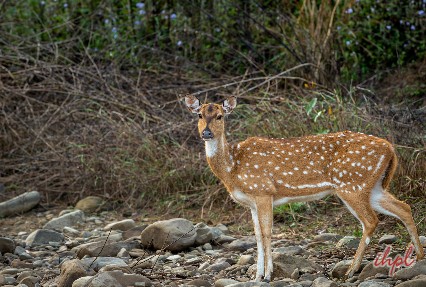 Madhya Pradesh Wildlife Tour Package is the perfect itinerary for those who love being close to nature and wildlife in Madhya Pradesh. This tour package of 12 nights and 13 days offers you a chance to explore the wildlife at some of the popular wildlife reserves of the country such as Satpura, Pench, Kanha, as well as Bandhavgarh. The itinerary also includes sightseeing at well-known destinations like Bhopal, Bhimteka, Khajuraho as well as Orchha.

Note: This is just a suggested itinerary of Madhya Pradesh Wildlife Tour indicative of what could be possible. We tailor holidays for your specific needs. Contact us if you want modifications so that we could tailor a holiday to suit your need for an unforgettable India tour.

On the first day of the tour, board a train to Bhopal, the capital city of Madhya Pradesh. On arrival, get an assisted transfer to your pre-booked hotel. Later, proceed for sightseeing covering Jama Masjid- a small but a beautiful mosque with Islamic architecture, Moti Masjid- a beautiful mosque with a similar kind of architecture as Jama Masjid in Delhi, it was erected by a progressive Muslim ruler Sikander Begum. The other visit of the day is to the well-known Taj-ul- Masajid- one of the largest mosques in Asia. The last visit of the day is to State’s Archeological Museum (Closed on Monday). Stay overnight.

Day 2 is for an excursion to Sanchi- a UNESCO World Heritage Site. This small town consists of a number of Buddhist monuments such as Stupas, monasteries, temples and pillars dating from the 3rd century B.C. to the 12th century A.D. The most famous of these monuments- the Sanchi Stupa 1, was originally built by the Mauryan Emperor Ashoka. Return to Bhopal for an overnight stay.

After morning breakfast, begin driving to Satpura National Park, en-route visiting Bhimbetka caves-another UNESCO World Heritage Site. The site has a total of 600 caves but only 12 are accessible to the public. These caves contain numerous paintings that depict the life history of the human race from pre-historic to medieval times. Later, proceed to Satpura National Park, getting its name from the surrounding Satpura ranges. This national park is a part of the unique eco - system and thus, has a rich bio-diversity. On arrival, check-in at your jungle resort. The evening is at leisure. Stay overnight.

All of day 4 is for a jungle safari into the park (Two safaris). During the safari, you may spot wildlife species such as tiger, leopard, sambar, chital, Bhedki, nilgai, four-horned antelope, chinkara, bison (gour), wild boar, wild dog, bear, black buck, fox, porcupine, etc. Overnight in the resort.

Enjoy a morning safari inside the park. After breakfast, begin driving towards Pench National Park, getting its name from the Pench River flowing inside the park. On arrival, check-in your jungle resort. The rest of the day is free for leisure activities such as enjoying a nature walk, admiring the surrounding lush greenery. Overnight in the resort.

All of day 6 is for 2 wildlife safaris in the jungle.  The national park has a high population of Chital and Sambar. During the safari, you spot other animal species such as wild boar, jackal, jungle cat, fox, wild dog, gaur, along with 170 avifauna species including crimson-breasted barbet, red-vented bulbul, racket-tailed drongo, magpie robin, lesser whistling teal etc. Stay overnight at the resort.

On the 7th day of the tour, enjoy a morning safari inside the park. After breakfast, drive to Kanha National Park, the inspiration behind Rudyard Kipling’s famous novel, “The Jungle Book”. On reaching, complete the check-in formalities at your jungle resort. The rest of the day is free for fun activities such as enjoying a nature walk, dinner around the bonfire, admiring the surrounding greenery etc. Stay overnight.

An early morning safari into the forest. Back to the resort for breakfast. Later, drive to Bandhavgarh National Park, one of the most well-known wildlife reserves in the country. It boasts of having one of the country’s highest densities of tiger population along with having a large breeding population of leopards and different species of deer. Upon arrival, check -in your jungle resort. The afternoon is for a wildlife safari into the park where you may spot animal  species like Nilgai, Chausingha, Wild Boar, Jackal, Fox, Muntjac , Black faced langur, Jungle cats, hyenas, rattles, porcupines etc. In the evening, have dinner around the bonfire. Stay overnight.

In the afternoon, post lunch, visit the Bandhavgarh Fort- the oldest fort in India, probably more than 2000 years old. If the legends are to be believed, this fort was constructed by Lord Rama when he was returning from Lanka, after defeating Ravana. There is a temple at the entrance of the fort, dedicated to Lakshmana (brother of Lord Rama), also known as Bandhavdish. Stay overnight.

After breakfast, begin driving to Khajuraho. On arrival, complete the check-in formalities at your hotel. The name Khajuraho is derived from the Khajur tree (date palm tree) which grows abundantly in the region. The evening is free. Enjoy Sound and Light show at the Western group of temples. Overnight in Khajuraho.

The morning is for visiting the world-renowned Khajuraho temples - a UNESCO World Heritage Site. Khajuraho is one of the most visited tourist destinations of India. Khajuraho temples, divided into Eastern and Western Group hotels, have the largest set of Hindu temples. These temples, built during the reign of Chandela rulers, glorify erotica. Overnight stay.

After breakfast, drive to Orchha, a small town in Madhya Pradesh. Located on the banks of the river Betwa, it has several medieval monuments. Visit the royal cenotaphs, Raja Mahal, Laxminarayana Temple, Chaturbhuj Temple, Jahangir Mahal and Phool Bagh.  Later, drive to Jhansi Station to board a train back to Delhi and begin your journey back home.