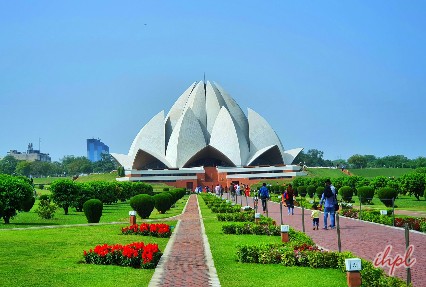 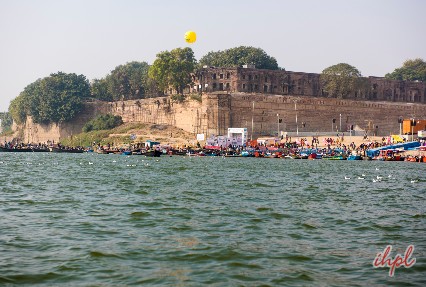 The vivacious and ceremonial features of India are spread along the banks of the Ganges/Ganga River. It originates from the Himalayas and flows downwards towards the East to empty out into the Bay of Bengal. The river is considered as a sacred place, which brings a huge number of pilgrims to the spot for a simple dip or to release the ashes of their deceased family members. The banks of the river truly hold some great religious, cultural and traditional significance. The Ganges Tour is a package that lasts for 8 days- 7 nights and covers the major destinations along its banks or its Tributaries. It is more of a spiritual tour but it is equally alluring for just the tourists, you simply get engulfed in the air of Ganga.

The tour begins from Delhi, after arriving here you check in at the hotel and stay overnight.

The 2nd day is organized for local sightseeing; right after breakfast you leave to explore Delhi. The ancient Mughal capital has many fortifications and mosques scattered around the city. Visit to Old Delhi will open up to the colorful markets of Chandni Chowk and right behind is one of the largest and popular mosques in the country. You also visit Raj Ghat, the burial spot of Gandhi. Other attractions of the city are the Red Fort, India Gate, Parliament House, Qutub Minar, Humayun’s tomb and more. In the evening you return to the hotel to relax and later go to bed.

Soon after your breakfast is over, you prepare to leave for Mathura. It is fairly close to Delhi and takes around 3 hours to reach. Mathura is one of the main pilgrim destinations of the devotees of Lord Krishna, as it is the birthplace of the Lord. On arrival, you check in at the hotel and leave for the Mathura city tour. It has numerous temples with its own significance; among them some are popular like the Sri Krishna Janmabhoomi temple at the site where the Lord was born. The Vishram Ghat is where the Lord rested after defeating the tyrant; another important temple is the Dwaekadeesh temple where all the devotees assemble during any festival. In the evening you return to the hotel and stay overnight.

After breakfast you will be leaving for Agra which only takes around 1 and a half hour to reach. Once you are in Agra the sightseeing follows, the main attraction in Agra includes The Taj Mahal; one of the seven wonders of the world. Others are Agra Fort which is huge and breathtaking; the tomb of Itmad-Ud-Daulah is also made intricately. In the evening you get to the station to catch the Express Train for Allahabad, it is an overnight journey.

In the morning, at Allahabad, you will be escorted to your hotel by the attendants. Breakfast will be served and after that you have Allahabad exploration to start with. You will visit the Sangam, it is a point where the River Ganges, River Yamuna and the mythological Saraswati merge. You then get to see the Allahabad Fort, the Ashoka pillar and some temples and Ghats. You head towards Varanasi after lunch; it takes 4 hours to reach there. On reaching Varanasi, you check in at the hotel and relax for the evening. You will stay over at the hotel.

On waking up, you will go for a boat ride on the Ganges. This experience is very mystical and peaceful at the same time, it is exciting to see the people offering their prayers and taking a dip in the river. Later in the day you will be taken for a city trip to some important sites like the Bharat Mata Temple, Vishwanath temple, the University and more. You stay overnight at the hotel.

After breakfast you will leave for Sarnath, an important site for the Buddhists. It is here that the Lord Buddha delivered his sermons to his disciples. All the major attractions are mostly Buddhist temples and stupas, among them are the Dhamekha Stupa, the Archeological museum and the Chaukhandi Stupa. In the afternoon you can take some rest, and at evening you depart for Delhi by Train. It is an overnight journey.

In the morning, on reaching Delhi, you check in at the hotel. The whole day is given for you to relax in the comfort of the hotel. Later in the evening you are taken to your respective airports and stations, thus ending this long and magical journey along the Ganges.