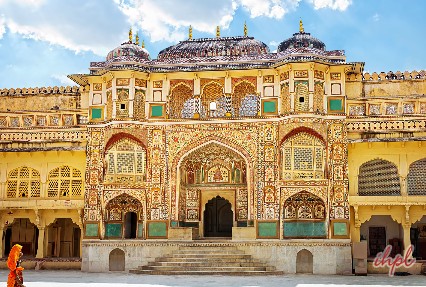 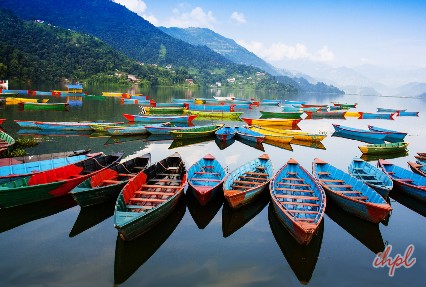 Taj Ganges and Himalayas Tour lets you explore some of the most fascinating tourist sights of Northern India. Visit the majestic Taj Mahal a pearl of Islamic architecture while your stay in Agra. Later we move to Jaipur to explore the royal city for its forts and palaces. Moving forward, explore Varanasi the pious city of Hindu for its mesmerizing temples and bathing ghats. After visiting north India we head to visit the Kathamandu and Pokhara the two major cities of Himalayan region.

On arrival at the Delhi airport, meet our representative who'll escort you to one of our listed hotels. Check-in at the hotel. Overnight stay.

Next morning after breakfast, leave for Jaipur by surface. As you reach Jaipur, check-in at one of our listed hotels. Jaipur, the pink city is famous for its splendid fortresses, majestic palaces, tranquil temples and beautiful havelis making it an ideal tourist destination. After resting for a while in the hotel room, set out to visit the Amer Fort. The fort is built in red sandstone and marble featuring an intricate design and architecture. The Maotha Lake located near to the fort is there to add charms to its beauty. Stay the night at the hotel.

After breakfast, embark on a sightseeing tour of Jaipur. The major tourist attractions of Jaipur include Royal Observatory, Jal Mahal, Jaigarh Fort and Nahargarh Fort. Later in the day visit Hawa Mahal, located in the Jaipur is a five- storey palace commissioned by Maharaja Sawai Pratap Singh. In the evening return to the hotel for dinner and overnight stay.

Post breakfast, drive straight to Agra. En-route, visit the Fatepur Sikri, the old deserted capital of the Mughal Empire. The major tourist attractions of Agra include Buland Darwaza, Palace of Jodha Bai, Birbal Bhawan, Panch Mahal and the Jama Masjid. Later resume drive to Agra. On reaching Agra, check-in at one of our listed hotel for dinner and overnight stay.

In the morning after breakfast, proceed to explore the Taj Mahal, one of the seventh wonder of the world. While exploring Taj Mahal get help of a professional guide who'll elucidate you about the various facts behind it being created. The Taj Mahal seems most alluring during an early morning visit, shrouded in mists and bathed with a soft red glow. Later in the day, visit Agra Fort situated on the banks of the river Yamuna. In the evening, get an assisted transfer to the railway station to go aboard the train for Varanasi. Overnight in the train.

Early morning, proceed to reach the pious city of Varanasi. As you reach Varanasi, check-in at one of our listed hotels. Rest and relax for a while in your hotel room for the afternoon. Later in the day, head to a sightseeing tour of Varanasi. The major tourist attractions to visit include Banaras Hindu University, Durga temple, Bharat Mata temple and the Mosque of Mughal Emperor Aurangazeb. After lunch, proceed to visit Sarnath the excavated Buddhist city. Explore the ruins of Sarnath while visiting the stupa, the Buddhist temple and the Museum. Enjoy an overnight stay in the hotel.

Early morning in the morning embark on a guided tour of Varanasi city. The principle attractions of Varanasi include Alamgir Mosque, Ramnagar Fort, Ramnagar Museum, Darbhanga Ghat and the Gyan Kup. Also attend prayer ceremony at the famous Kashi Vishwanath temple. Later in the day, transfer to Varanasi airport to board a flight to Kathmandu. On reaching Kathmandu, check-in at the hotel. Rest and relax for the day in your hotel room. In the evening enjoy a leisurely walk to the nearby area of Kathmandu. Stay the night at the hotel.

In the morning after breakfast, step out on a sightseeing tour of Kathmandu Valley. Enjoy excursion to Sayambhunath Stupa, Bouddhanath Stupa and the Guhewari temple. The Sayambhunath Stupa and Bouddhanath Stupa are the oldest of its kind in Nepal and are declared as the UNESCO World Heritage Monument. Pay a visit to Manakamana temple enjoying the cable car ride of 15 to 20 minutes. Darshan at the Pashupatinath temple located at the banks of river Bagmati. Enjoy a comfortable overnight stay at the hotel.

On the following morning, drive to Pokhara. As you reach Pokhara, check-in at one of our listed hotels. Later in the day move out to visit the major tourist attractions of Pokhara covering Poon Hill, Phewa Tal, Begnas Lake, Peace temple, International Mountain Museum and Barahi temple. Enjoy an overnight at the hotel.

Early morning one hour boat ride at Phewa Lake and later visit the temple situated in the middle of the lake. After breakfast take an excursion to Sarangkot. On reaching Sarangkot, enjoy a short walk around the hill area and witness the beautiful sunset over the mountains. After witnessing Sunset, drive back to Pokhara for dinner and overnight stay.

In the morning leave Pokhara to reach Kathmandu. On reaching Kathmandu, transfer to Kathmandu airport to board a flight for Delhi. On reaching Delhi, check-in at one of our listed hotels. Spend the day at leisure. Overnight stay in the hotel.

In the morning after breakfast, transfer to the Delhi airport to board a flight for your onward journey.