Uttar Pradesh is a state where you get to come across a unity is cultural diversity. In this sense, Uttar Pradesh serves as the microcosm of India. Uttar Pradesh has a made a distinctive mark for itself in the field of handicrafts. Uttar Pradesh handicrafts have earned international acclaim for the skill and the exquisite craftsmanship they exemplify. Be it the delicate and fine embroidery and zari work or wares made of bronze and copper, there is hardly a match for the deft craftsmen of Uttar Pradesh.

Uttar Pradesh can also take pride in being one of the major cultural centers as far as the performing arts are concerned. The Kathak, one of the most elegant dance forms seems to have acquired its perfection and polish in Uttar Pradesh. Uttar Pradesh also boasts of a number of folk arts that acquaints the uninitiated with the heart of the state and helps one trace its roots. Braj Raslila, Ramlila, Charkula and Rasiya are the major folk arts of Uttar Pradesh.

The culturally inclined ones would love to pay a visit to the cultural centers in Uttar Pradesh. Bharat Kala Bhavan is one of the famous Uttar Pradesh cultural centers located within the compounds of the Banaras Hindu University. The center houses a rich and impressive collection comprising of sculptures, paintings and textiles. There are relics whose origin can be traced back to the Indus Valley Civilization, Mauryan, Sunga and Gupta periods. One also gets to take a close look at the Banaras silks and brocades, exquisitely embroidered Kashmiri shawls and Chamba rumak.

Rashtriya Lalit Kala Kendra in Lucknow is also counted among the foremost cultural centers in Uttar Pradesh. This is one of the centers of culture in Uttar Pradesh that was established with a motive of promoting the activities in the field of arts. This center features workshops and studios where the artists belonging to various disciplines can work. 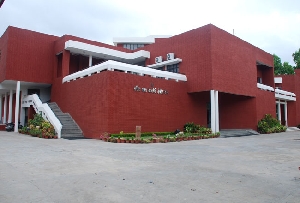