Weekend Getaway from Delhi to Gangotri 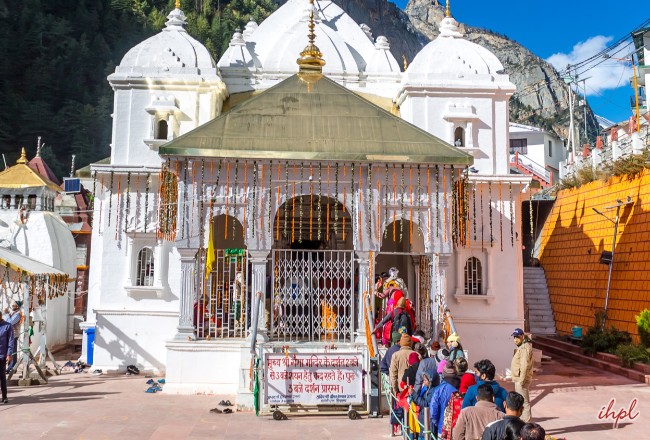 One of the major destinations among the four Char Dham pilgrimage areas in Uttarakhand, Gangotri is the holy abode of the Hindu River Goddess Ganga. It is one of the popular weekend getaways from Delhi to soak in the scenic vistas of the spectacular landscape and immerse in the pristine aura of this religious site. Gangotri is easily accessible from Delhi from all modes of transport and devotees can travel there without any hassle.

The history of Gangotri is associated with Hindu mythology. After the severe penance of King Bhagirath, the Ganga River transformed itself into a river to dissolve the sins of the ancestors of the royal family. A Gorkha Commander built the Gangotri Temple in the early years of the 18th century. The temple is situated at an altitude of 3,042 m above sea level and radiates a religious aura. The stream of river Ganga that originates from the Gangotri glacier is known as Bhagirathi. It picks up the name river Ganga after the river passes Devprayag and merges into the river Alaknanda.

Gangotri Temple remains open from April to October every year and the rest of the time, it remains closed due to heavy snowfall and tough climatic conditions. Char Dham Yatra starts in April and lasts till October when you can visit Gangotri Temple from Delhi along with Yamunotri, Badrinath, and Kedarnath. The road connectivity for Gangotri is good and can be easily reached from Delhi, Dehradun, Rishikesh, Haridwar, New Tehri, Chandigarh, and other parts of the country. Jolly Grant airport is the nearest airport and Dehradun railway station is the nearest railhead from Gangotri.

You can plan your Delhi to Gangotri tour with us as we offer a wide range of Gangotri tour packages along with Char Dham packages. Our holiday packages are customizable and you can modify the itinerary as per your requirements and budget. Contact us for more information!

How to Reach Gangotri from Delhi

Rishikesh is the nearest railway station to Gangotri. It is around 250 kilometers away. The railway station is well-connected to Delhi and other metropolitan cities in India. From Rishikesh, buses and taxis are easily available for Gangotri.

Jolly Grant Airport, Dehradun is the closest airport to Gangotri. It is around 260 kilometers away from Gangotri. It operates daily flights to Delhi. The private and shared taxis ply regularly from Dehradun to Gangotri.

Located at the height of 3,307 m, Dodi Tal is a scenic lake nestled amidst thick and dense forests. The lakeside has accommodation in the form of an amazing rest house, a campsite and a log cabin. Dodi Tal is a popular trekking site and each step that takes you above exposes you to the beauty of Mother Nature.

A translucent lake with chilled waters, Kedar Tal is a spectacular picnic spot that is perched at an altitude of 4,425 m above sea level. It is one of the best places for a long trek. The trek to Kedar Tal must be directed via a local guide. In order to cover the entire distance of 18 kilometers from Gangotri to Kedar Tal, you need to have a daring heart.

One of the most popular temples in Uttarkashi, Vishwanath Temple is dedicated to Lord Shiva. This holy shrine features a Shivling which is around 60 centimeters tall and is 90 centimeters in the boundary. This temple is believed to have been constructed by Parashuram. In 1857, the temple was renovated by the wife of Sudarshan Shah, Maharani Khaneti.

Dedicated to the Hindu river goddess, Gangotri Temple reveals the story of goddess Ganga’s descent from Heaven to Earth. The temple was constructed by Gorkha commander ‘Amar Singh Thapa’ in the 18th century and is located on the banks of the Gangotri River.