Weekend Getaway from Hyderabad to Kolhapur 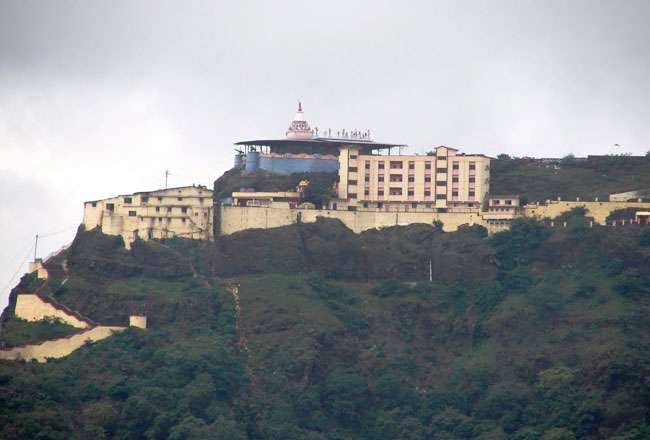 Located on the banks of River Panchganga, Kolhapur is one of the important cities of the Maharashtra state. This city has a history that is around 300 years old. This city is also quite famous for Kolhapuri cuisine, Kolhapuri Chappal, and Kolhapuri Gur. Do not miss getting your hands on these items. If the legends are to be believed, Kolhapur receives its name from Kolhapur, a demon killed by Goddess Mahalaxmi. Placed in the southwestern part of the state, it is the perfect weekend getaway destination from Mumbai and Pune for those who wish to visit places known for their heritage. Kolhapur is a welcoming retreat from the hustle-bustle of city life, famous as the Maratha film industry capital. With our well-designed tour packages from Hyderabad to Kolhapur, you can visit the tourist attractions in the city.

How to Reach Kolhapur from Hyderabad

The railway station in Kolhapur, Chatrapati Shahu Maharaj Terminus, is well-connected to all the major cities in India including Mumbai. So you can quickly board a train from Mumbai to Kolhapur.

The domestic Airport of Kolhapur is at Ujlaiwadi, located at a distance of 13 km from the city center. This airport is connected to the Mumbai International airport so that you can go on board a flight from both these cities to Kolhapur, and from the airport, you can rent a taxi.

Kolhapur is very well-connected to Mumbai by a good network of roads. Therefore, the most suitable option is to hire a cab from Mumbai. There is also an option of state-owned and deluxe luxury buses to go to Kolhapur.

Chatrapati Shahu Maharaj Terminus, the railway station in Kolhapur, is well-connected to Pune through regular trains. Therefore, you can board a train from Pune to Kolhapur.

The domestic airport of Kolhapur is around 13 km from the city center in Ujlaiwadi. Regular flights ply between Ujlaiwadi and the Pune airport. From the airport, you can hire a taxi.

Kolhapur is very well-connected to Pune by road. Therefore, you should rent a taxi from Pune to Kolhapur. There are also state-owned and deluxe buses to go to Kolhapur.

If you wish to travel from Hyderabad to Kolhapur, Miraj Junction is the best station. This railway station is 53 km away from Kolhapur. You can board a train from Hyderabad Deccan (HYB) to Miraj and hire a cab to Kolhapur from the Miraj station.

Traveling by hiring a taxi from Hyderabad to Kolhapur can also be a suitable option. However, if you are looking for a cheaper option, you can travel by bus.

Things to do in Kolhapur