Weekend Getaway from Delhi to Mukteshwar Mukteshwar is a hilly region encompassed by coniferous forests and fruit orchards. It is located in the Nainital district of Uttarakhand and offers scenic vistas, mountain views, and thrilling activities. Delhi to Mukteshwar tour will take you through this revered town, where you will be able to delve into the divine aura of the surroundings. Mukteshwar is another name for Lord Shiva, which means ‘One who offers Moksha.’ The famous ‘Mukteshwar Temple,’ whose main deity is Lord Shiva, is a prominent attraction here.

Besides Mukteshwar Temple, there are many attractions in Mukteshwar, such as Chauli ki Jali. The picturesque town is adorned with small homes with reddish roofs, ancient-style window frames, and picket walls. In addition, the region is home to Renewable Park developed by The Energy and Resources Institute and The Indian Veterinary Institute Campus. With our Mukteshwar tour packages from Delhi, you can cover all the beautiful elements in this hilly town. Moreover, we provide a complete customization option to let you design your holiday in your style and budget.

How to Reach Mukteshwar from Delhi

Kathgodam Station is the nearest railhead to Mukteshwar. It is around 70 kilometers away from Mukteshwar. The best way to reach Mukteshwar is by train. Kathgodam Railway Station is well connected with other cities via train.

Pantnagar Airport is the nearest airport to Mukteshwar. It is located around 100 kilometers from Mukteshwar. Pantnagar is well-connected to Delhi via flights. 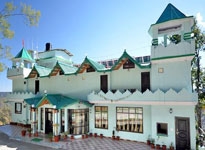 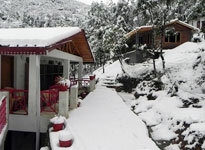 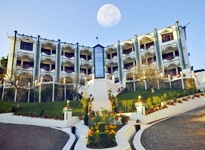 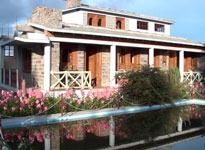 One of the most prominent religious places in Mukteshwar, Mukteshwar Temple is dedicated to the Hindu deity ‘Lord Shiva’. The temple is situated atop of a hill and features a white marble Shivling with copper yoni. The Shivling is encircled by the idols of Parvati, Ganesh, Brahma, Vishnu, Hanuman and Nandi. In order to reach temple, one has to climb a large set of steep stone stairs.

Also known as Chauli ka Jali, Chauthi Jaali is situated close to the Mukteshwar Temple. According to Hindu mythology, a fierce battle took place between a demon and a goddess and testifying the battle are pale outlines of a sword, a shield and an elephant trunk. People, from far-off places, visit this place where it is believed that if barren ladies touch the lattice, they are blessed with child.

One of the premier research institutes dedicated to livestock research and development, Indian Veterinary Research Institute On the advice of the Cattle Plague Commission, Indian Veterinary Research Institute was commissioned in 1893 at Mukteshwar to aid the separation of highly contagious organisms. The campus also features a museum and library. The institute conducts researches in genetics, bacteriology and animal nutrition.