Weekend Getaway from Hyderabad to Srisailam 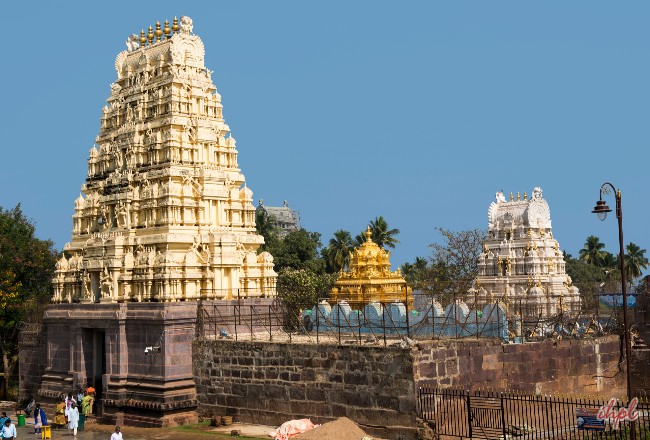 How to Reach Srisailam from Hyderabad

Marakpur Road is the nearest railhead to Srisailam. It is located in the Guntur-Hubli meter gauge. The main broad-gauge railway station is located in Hyderabad at a distance of 232 kilometers. Taxi cabs ply between Hyderabad & Marakpur road station and Srisailam.

Located in the Kurnool district of Andhra Pradesh, Srisailam Dam is a major attraction in the hilly areas of Srisailam. It is constructed across the Krishna River and is positioned in a deep gorge in the densely wooded Nallamala hill range. Perched at an altitude of 300 meters, Srisailam Dam is one of the 12 largest hydroelectric power projects in India. It is a hot-shot tourist spot for those looking forward to some natural views.

Shikareswara Temple is located on the highest point of Srisailam known as Sikharam.  The region is well-known for its natural views, eye-catching scenarios and beautiful views of the downhill. The temple is dedicated to Sikhareswara Swamy, one of the forms of Lord Shiva. Legend has it that this form of Lord Shiva possesses divine powers to wipe out the sins of the devotees.

Perched atop of the Nallamala hills, on the southern bank of Krishna River, Bhramaramba Devi Temple is a renowned temple in the hill town of Srisailam. It is nestled at a height of 457 meters above sea level. The temple is dedicated to Devi Bhramaramba, the divine consort of Lord Mallikarjuna.

Situated on the downhill of Srisailam in the Kurnool district of Andhra Pradesh, Hathakesvara Temple is an exquisite edifice which enshrines a beautiful Shiva Linga. The temple is highly revered by the local populace. It is believed to have many curable diseases. It is believed that the temple is located at a spot where the renowned and most popular saint Sankracharya wrote his philosophical treaties.