Hyderabad, the capital city of Andhra Pradesh has been voted as one of the best cities to visit in the whole world during the next year. Travel guide book, Lonely Planet has come up with a list of 10 cities for people who are avid travelers, so that they can travel to the best places. Hyderabad, the Indian city with an old-world charm has got the third place in this list, wherein it has been described as ‘ elegant and blossoming’. Being a much less visited destinations by the tourists, in comparison to places like Rajasthan, Agra and Delhi, the name of this Indian city has rather been a surprise for all.

Hyderabad, almost 500 years old, is situated in the North-Western part of Andhra Pradesh that is the southern part of India, on the banks of the river Musi. Its stretch of 650 kms makes it one of the largest metropolitan cities of the country. The lakes here in the city are known as Sagar that is sea, namely; Hussain Sagar, Himayat Sagar and Osman Sagar.

The climate of the city is a mix of tropical wet and dry. The duration of the Summer season in this city is long where the temperature mostly goes up by 40 degrees Celsius while the Winter season most does not last for more than two and a half months where the temperature rarely goes down from 10 degrees Celsius. The rainfall in the months of June and September is also moderate.

This city is well-known for its rich cultural heritage, literature, art and handicrafts, special Hyderabadi cuisine, architecture, music, films as well as performing arts. A tourist who visits the city has a vast option of innumerable hotels to choose from depending upon his pocket and requirement. On an average, the rent per day of the hotels falls in the bracket Rs 500 to around Rs 10,000. There is a whole range of budget hotels, cheap hotels, start-rated hotels and so on which have different kinds of hospitality services and amenities to offer. 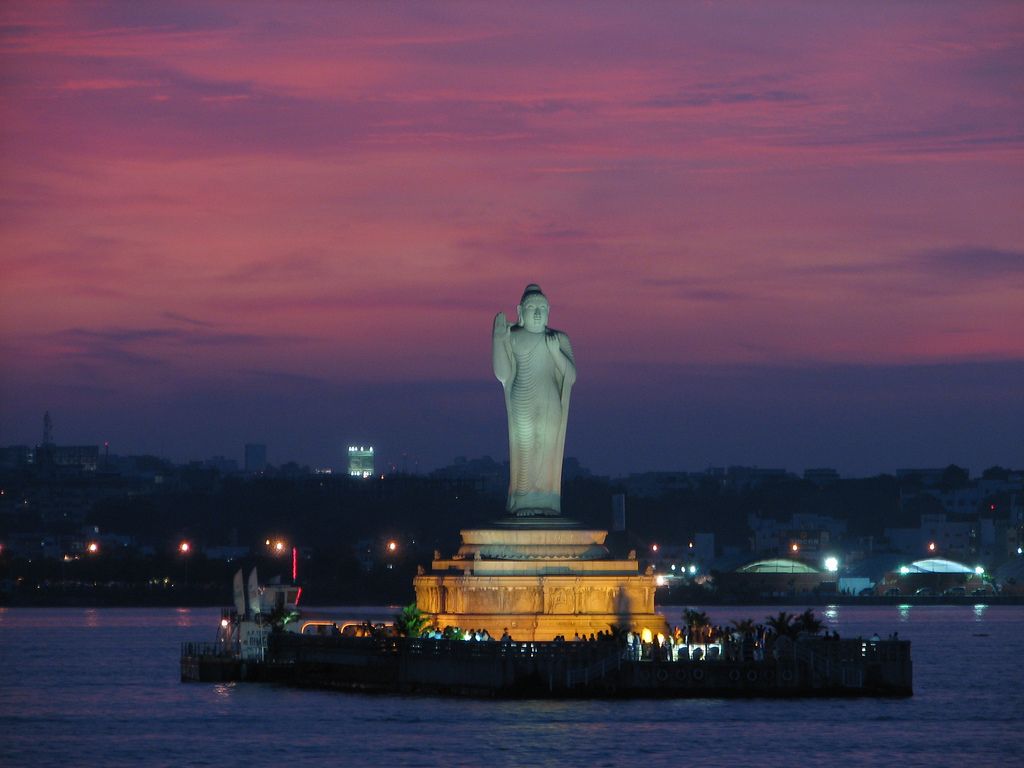