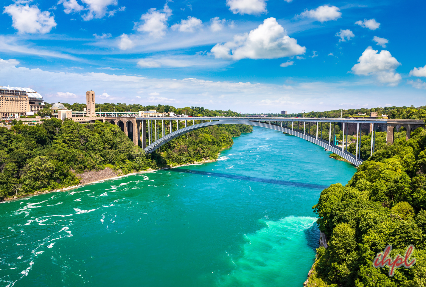 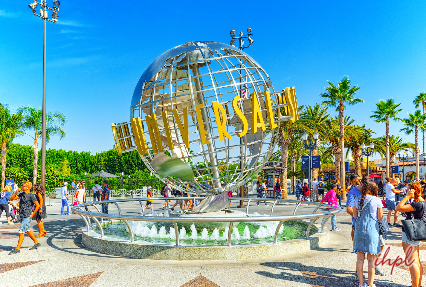 Impressive landscapes, popular cities, friendly people, stunning architectural marvels, interesting culture- United States of America is all this and much more. The country has something to offer to the tourists of all age groups. Take a journey across this stunning country that has to offer wonderful experiences to its visitors. 14 days USA tour package is a well-planned tour offering you the best of sights and sounds. This itinerary takes you to the celebrated cities of America such as New York, Washington D.C, Niagara, Orlando, San Francisco, Fresno, Las Vegas and Los Angeles.

As you arrive at New York, our tour representative meets and greets you. He helps you with an assisted transfer to your hotel. After the check-in formalities, you have some free time at hand. Explore the nearby surroundings on-foot. A fast-paced city, New York is popular all around the world as epicenter of fashion, art, finance and culture. The city is thronged by a huge number of business as well as leisure visitors from all around the city. The evening is scheduled for the 'Big Apple' on an Illumination Tour, as you drive past fabulously well-lit landmarks of the city. The experience would be great. Later, you have some free time at hand at Times Square.

After breakfast, the 2nd day starts with a guided visit to the very popular Statue of Liberty, at Liberty Island. This World Heritage Site is a huge statue which symbolizes human spirit. Thereafter have a guided tour of the city. You drive past the famous landmarks of New York such as The New York Exchange, the Wall Street, Manhattan Bridge, the site of World Trade Centre, Brooklyn Bridge, via Soho, to the Little Italy, the Fifth Avenue, the Broadway and then the Madison Square Garden towards the Times Square, which is placed on the crossing of Broadway and 42nd Street, called the 'Crossroads of the World'. This spot is the hub of entertainment here. Continue to Trump Tower, the United Nations Headquarters and Rockefeller Centre for a photograph opportunity.

Later, get all set to visit the One World Observatory at One World Trade Centre, the tallest skyscraper in the Western Hemisphere in present times. This is a glass viewpoint from where you can get breathtaking views of miles in all the directions. After sightseeing, relish dinner.

Today, post breakfast, hit the road towards the capital city of United States of America- Washington D.C. this city houses a number of heritage and historical attraction wherein each is a must-visit one. After the check-in formalities, your guided city tour begins. The first visit of the day is to the National Air and Space Museum at the Smithsonian Institution. Spread in 161,145 square feet of exhibition floor, the world's largest museum complex, it has the biggest collection of historic aircraft and spacecraft.

After this, you drive to Capitol Hill for a photo opportunity. The largest historic residential neighborhood in the city, it is the hub of entertainment and nightlife here. Continue driving via Pennsylvania Avenue, towards the Lafayette Park to get a lovely view of the White House. Click some memorable photographs here. Make halts at other landmarks of the city such as the Washington Monument- enjoy superb views of the city from the top of this viewpoint, the World War II Memorial – erected in the memory of American soldiers and people who lost their lives in World War II, the Lincoln Memorial- built in the memory of Abraham Lincoln- the 16th President of the US and Jefferson Memorial- constructed in Classic Revival architecture, this is another popular presidential memorial.

Day 3 of the tour starts with a Chocolate tour by visiting the Hershey's Chocolate World. Start the tour by visiting the place where cocoa is grown and harvested, the tropical rainforest. You visit the Hershey's Chocolate factory to understand the process from making to delivering best quality products, from bean to milk chocolates all around. After feeling, hearing and smelling chocolate, you continue your journey to Niagara Falls, connecting the borders of the US and Canada. These waterfalls are known for being one of the world's most- visited natural wonders. The view at the waterfalls is going to be simply breathtaking.

After you have your breakfast, head to the Niagra falls to experience and witness the iconic rapids and whirlpools, after passing the Maid of the Mist, which because of weather conditions operates from May's last week. Please note that all the tourists who visit the fall before the last week of May, they are provided The View Mobile Tram ride.

Later on, get transferred to the airport to board a flight to Orlando. As you reach, transfer to the hotel for completing the check-in formalities. If time and energy permits, you can explore the nearby surroundings on-foot. Home to around a dozen theme parks, this lovely city is a delight for visitors of all ages.

After dinner, overnight in Orlando.

On the 6th day of the tour, have your breakfast, get all set to visit Walt Disney's Magic Kingdom, one of the best places here which is flocked by millions of people. Spot several Disney characters including Mickey and Minnie. This theme park is like a fantasy world that has several theme-based rides and much more. The whole park is divided into several sections such as Fairyland, Main Street U.S.A., Tomorrowland, Liberty Square and so on. The cherry on the cake is the spectacular firework, 'Wishes' where the night sky is illuminated with innumerable colorful crackers. This site surely is a lifetime moment and worth capturing in a video.

Dinner and overnight stay in Orlando.

After breakfast on this day, you are in for a fun-filled day at Epcot Theme Park, the second of four theme parks that was constituted at Walt Disney World. This theme park is divided into several area such as Future World, Disney's Hollywood Studios, Disney's Animal Kingdom, Disney's Typhoon Lagoon and Disney's Blizzard Beach. Enjoy thrilling and adventurous rides. Treat yourself to food, drinks, culture and dance of as many as 11 countries such as the US, Norway, Mexico, China, Italy, Germany, Canada, the UK, France and Morocco. The park wonderful attractions, enchanting international pavilions, prize-winning fireworks and seasonal events.

Have your dinner. Stay Overnight.

Today, after breakfast at the hotel, move to the airport to go board the flight for San Francisco, an exciting city which is popular for its year-long fog, a hilly landscape, cable cars, vibrant Victorian houses and the legendary Golden Gate Bridge. On arrival, get transferred to the airport. After you fulfill the check-in formalities, rest for a while. If energy and time permits, you can explore the nearby surroundings on your own. Drop your inhibitions and explore the place.

Have dinner and enjoy a good night's sleep in San Francisco.

On day 9, after breakfast at the hotel, guided tour of San Francisco starts with a walk on Lombard Street, USA's crookedest street. Later on, you drive past the Civic Centre. Halt at the Twin Peaks for a photo opportunity. This point offers an amazing view of the bright orange colored Golden Gate Bridge, one of the most popular bridges of the world that expands on the Golden Gate Strait. This drive is followed by Fisherman's Wharf, one of the most famous destinations of San Francisco. You cross the Ghirardelli Square with its iconic waterfront and the most popular destination that offers wonderful shopping experiences, sumptuous seafood and stunning sights. Indulge in shopping at Pier 39, a bustling market with over 110 stores and several other attractions.

After the city tour, get transferred to Fresno- the financial, business, entertainment and cultural capital of the San Joaquin Valley. The place is a delight.

Dinner and Overnight stay in Fresno.

Today, after breakfast, hit the road to Las Vegas, the Gambler's Paradise, an exciting resort town celebrated for its lively energy, 24-hour casinos and never-ending entertainment. On arrival, check-in and head out for a sightseeing tour. Visit the daunting Stratosphere with a height of 1,149 feet- enjoy rides, jumps, food here. Later visit the Downtown Glitter Gulch the thrilling casino area of the city where all the action happens. Next in line is a splendid illumination tour and a show in Las Vegas with the Fremont Street Light Show. Night visit to Fermont Street, Las Vegas' second most popular street an unforgettable experience.

After dinner, overnight in Las Vegas.

On the 11th day after breakfast, you are free to explore the city of Las Vegas on your own. Some of the other attractions worth-visiting are Bellagio, The Venetian, Ceasars Palace, the Mirage, Mob Museum, Red Rock Canyon National Conservation Area and more. The other option is an optional excursion to the Grand Canyon. The distance is of about four and a half hours. Spread in 10 miles with 277 miles of length, Grand Canyon is a notable natural formation of layered red rocks. A major part here is the national park. The vast landscape is popular for mule rides, aerial tours, hiking, camping and rafting in the Colorado River.

On this day have breakfast and get transferred to Los Angeles, the iconic city of the US. On reaching, check-in and get all set for a city tour including the popular attractions. The guided tour start driving past Beverly Hills- the entertainment and exciting city, the famed Sunset Boulevard street, then the Mann's Chinese Theatre- also known as TCL Chinese Theatre- a cinema palace on the celebrated Hollywood Walk of Fame, Rodeo Drive- a road of three blocks that is the hub of dining, shopping and luxurious accommodation with big names from all around the world and the globally popular 'HOLLYWOOD' sign.

After dinner, an overnight stay in Los Angeles.

After delicious breakfast, the day is going to be an exciting one with a visit to the very popular Universal Studios- a film studio cum theme park. The visit would be full of adventure, fun and entertainment. Enjoy a visit to the real sets of Hollywood movies and be your own star. Enjoy incredible theme based rides, shop till you drop at the popular brand shops of the city and gorge on lip-smacking food at popular restaurants. The full day is going to be action-packed. The other attractions include Fast & Furious – Supercharged; Despicable Me Minion Mayhem, Transfformers, King Kong 360- 3D rides; Super Silly Fun Land- a play zone; Studio Tour for behind the scene action; The Simpsons Ride; Revenge of the Mummy- another Ride; Shrek 4-D attractions; Jurassic Park Ride; WaterWorld; Special Effects Stage; Universal's Animal Actors and Characters in the Park.

After breakfast at the hotel, get transferred to the airport to board the flight back home.