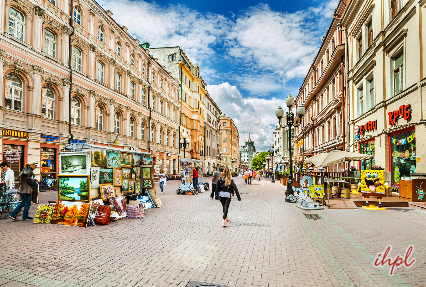 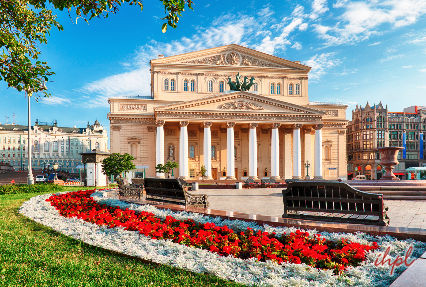 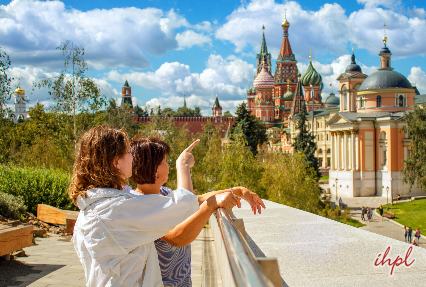 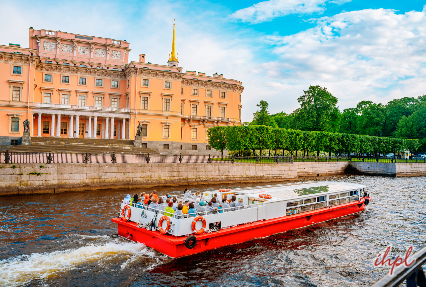 Let’s visit the biggest city in the world, Russia is one of the most exotic and scenic places you will have ever visited. A large nation, Russia can be visited in different ways from the two main capitals Moscow or St. Petersburg. Russia is embellished with many historical sites, attractive backdrops, iconic public squares, and a vivacious culture of artists and revolutionaries.

Explore cities of St. Petersburg & Moscow, you will be amazed by the bulb-shaped flamboyant cupolas of the country. Indian Holiday offers the most classic Magnificent Russia Tour itinerary for all those who visit Russia for the first time is the one that combines both Russian capitals: Moscow and St. Petersburg. You can find one of the most famous museums in the world and the Hermitage here in St. Petersburg while Moscow combines its abundant history, culture and a great heritage of the Soviet era.

On arrival at Moscow Airport, you will have a warm welcome by our representative outside of the arrival hall and then transfer to the hotel marks the beginning of the journey. Check-in to the hotel and relax in your hotel room. The rest of the day is at leisure. You can either relax in your room at the hotel or enjoying the hotel facilities.

Enjoy your dinner and overnight stay at the hotel at Moscow.

Start your day with a hearty breakfast in the hotel. On your second day, you will be forwarded towards the town of Sergiev Posad around 70 km to the North-east from Moscow. We recommend you step out for a full day Sergiev Posad tour. Here you will visit the main city highlights, explore the Holy Trinity-St. Sergius Lavra is a world-famous spiritual center of the Russian Orthodox Church and a popular site of pilgrimage and tourism. It is the most important working Russian monastery and a residence of the Patriarch.

The Trinity Lavra of St. Sergius is "the pearl" of the Russian church architecture, was founded in the 14th century by the monk Sergius of Radonezh who was a great monk and one of the most respected saints of Russia. You can also visit other Monasteries and museums in the city there.

Take a break for lunch in the restaurant near Monastery.

After completing the excursion, you will be transferred back to Moscow city and relax in your hotel room. The rest of the day is at leisure. You can either relax in your room or enjoying the hotel facilities. You can also step out for shopping in the local market.

Enjoy your dinner and overnight stay at the hotel in Moscow.

Day 3 Moscow tour starts with a delicious breakfast in the hotel. After breakfast, you will be headed for the Kremlin grounds tour. Here you will visit the Assumption Cathedral or Cathedral of the Assumption which is a Russian Orthodox Church dedicated to the Dormition of the Theotokos.

Next pay a visit to the famous attraction of the city, the Cathedral Square which is also known as Sobornaya Square. It is the central square of the Moscow Kremlin, an awe-inspiring architectural ensemble of the 15th – 17th centuries. It is the place where the life of Russian grand princes and tsar had started and ended.

Then you will explore the breathtaking - The Grand Kremlin Palace which was formerly the imperial residence of the President of the Russian Federation. You can also visit political and governmental buildings of the Kremlin - The Palace of Congresses, The Senate and The Arsenal.

After that you will explore the Great Bell Tower is a church tower and historic monuments in the Kremlin in Moscow.

Later, you can enjoy a walking tour on Arbat Street and explore the beauty of the city. It is one of the oldest surviving streets of the Russian capital.

After that, have lunch or grab a bite to eat after your journey at a restaurant with Russian cuisine. Then enjoy the metro tour and in the evening after that you will be transferred back to Moscow.

Enjoy your dinner and overnight stay at the hotel at Moscow.

Relish an appetizing breakfast at the hotel. Thereafter, proceed towards the panoramic sightseeing city tour. Further excursion to the St. Sofia's Embankment - this is a picturesque spot with a splendid panoramic view of Moscow River and the Kremlin.

Later we will take you around the stunning Cathedral of Christ the Savior is a Russian Orthodox cathedral in Moscow on the southwest of the Kremlin. It is the second tallest Orthodox Christian Church in the globe. Next, you will see the New Maiden Convent which is also known as Novodevichy Convent - a fortress and monastic ensemble of the 16th century, and a world-famous cemetery. It was declared as a UNESCO World Heritage Site. Then there's the famous Moscow State University campus - it is the highest-ranking Russian educational institution. Next, we head off to one of the highest points in Moscow a Vorobyovy Gory (Sparrow Hills) which gives a good panoramic view of the city. It is one of Moscow's best-known park zones where tourists enjoy the outdoor life, and the Moscow State University is a fine example of Stalinist Empire style architecture, are both located here.

Visit the Grand White House of the Russian Federation and be amazed by its fascinating and elaborate building, which is a landmark of post-reformed Russia. Moscow's Boulevard Ring lies in the heart of the modern city and offers a gorgeous ambiance which is admired by art lovers and historians. It is a historical and cultural center of Moscow with its museums, theatres and memorial places. Next, head towards the Theatre square - the world-famous Bolshoi Theatre.

Later, you will transfer to the train station. SAP SAN speed train to St. Petersburg. Upon arrival, you will be taken to the hotel for check-in. If the time and energy permits you can take a stroll on the beautiful streets of the city.

After a tempting breakfast at the hotel, we will embark on the panoramic sightseeing city tour including a visit to St. Isaac Cathedral the currently functions as a museum, Peter and Paul Fortress is a major landmark of St. Petersburg. Enjoy your tour of a city, rightfully described as Venice of the North or Pearl of the Baltic.

Later, we will drive along the Great Perspective world famous Nevsky Prospect is the main street in the city of St. Petersburg lined up with the beautiful marble palaces of Russian royalty and aristocracy, with most fashionable boutiques and art salons arranged in old settings of the 18th century, remarkable classical and Renaissance cathedrals and churches as its backdrop, one of four Russia's Lavras with its magnificent Trinity Cathedral and its cemetery where Dostoevsky, Tchaikovsky, and other world celebrities were buried here.

Sojourn over at an excellent picture opportunity with a stunning prospect along the Neva's embankments – the Neva dressed in granite. You can find out other attractions too the city's Rostral Columns erected on either side of the stock exchange. Also, you will have a view of the 5 buildings of the State Hermitage Museum and the fortress of St. Peter and Paul - the original citadel of Russia's new capital, Chamber of Curiosities - the first museum of the country founded by Peter, St. Isaac Cathedral - the 4th world's largest vaulted edifices with the Bronze Horseman is an equestrian statue of Peter unveiled in Senate Square.

Next, you will drive to Summer Garden which is the home of marble statues and the oldest royal stone palace with the awe-inspiring collection of Italian effigies set in a natural surroundings of linden trees and also to sporadic flowers and plants, as well as ponds with ducks and swans, all are surrounded by cast-iron fence whose beauty is frequently described here. One who can also be enjoyed simply taking the air in the Garden.

Next, halt in the Field of Mars has a long and varied history with the eternal blaze lit in the center of the monument to victims of revolutions and wars where you can take photos of the Resurrection Cathedral on the Spilt Blood at its background, one of the most unusual monuments of Russian Orthodox architecture built on the spot where Alexander II was assassinated.

Later, you will drive through the Square of Arts which is an open public square and a perfect classical ensemble of the city. Stopover to enjoy an overwhelming beauty of the third largest square in the world - The Alexander Column also recognized as Alexandrian Column is the central point of Palace Square both are the heart of historic. Palace square is one of the most stunning squares in the whole world, at its epicenter being the world's biggest free-standing architectural monument.

Visit Peter and Paul fortress – the burial ground of the Russian imperial family (Tsars Romanov dynasty), where you can visit the tombs of Tsars.

Later, enjoy the Neva River cruise ride and canals. In the evening you will be transferred back to the hotel to relax in your cozy room.

Enjoy your dinner and overnight stay at the hotel at St. Petersburg.

On the 6th day of the tour, you will head towards the Pushkin after having a delicious breakfast in the hotel. You are free to embark on your full day in Pushkin. Pay a visit to The Grand Catherine Palace with the restored Amber room is a truly unique and beautiful park surrounded by. It was the summer dwelling of the Russian tsars. Take a break for lunch at any local restaurant.

After lunch, you can return to the hotel and relax for a while to get over your weariness. The rest of the day is at leisure.

Enjoy your dinner and overnight stay at the hotel at St. Petersburg.

On the last of the tour, have your delightful breakfast at the hotel. Next, you will board for the Hermitage tour in the city. The State Hermitage Museum is one of the World's biggest museums of art and culture holding the stock of an exceptional collection of paintings and sculptures.

Later, return to the hotel and pack your bags and proceed to check-out from the hotel. You will transfer to the International Airport to board a flight for your onward journey by carrying beautiful and sweet memories in your mind.

To know about the Covid Measures, Guidelines and Travel restrictions for Russia, please visit the below link: