Embarking on a week-long journey on-board Deccan odyssey, a premium luxury train of India is a lifetime experience. Deccan Odyssey Luxury Train Tour, a package of 7 nights and 8 days, offers you a chance to explore the destinations of Konkan and Deccan region. The train takes you a journey to visit some of India’s most popular places such as Mumbai, Sindhudurg, Goa, Vasco, Kolhapur, Aurangabad, Ajanta and Nashik. The itinerary includes visits to the well-known tourist spots of these places.

Arrive at Chatrapati Shivaji Rail terminus at around 15:00 hrs. Get a royal traditional welcome with a Tikka and garland, before you go aboard. Enjoy your welcome drink. Mumbai, popular as the commercial and entertainment capital of India, is also the most populous one. Once you settle into your cabin, explore the train. The train departs for Sindhudurg. Dinner is served on-board.

Arrival in Sindhudurg Nagari. After breakfast, disembark the train to proceed towards Malavan jetty to board a boat for a visit to Sindhudurg Fort that is situated on an island. Explore this fortress that was erected in 1664-67 AD by Shivaji. Return back to proceed to the Tarkarli beach resort where you enjoy a sumptuous lunch. Spend some time at leisure. Later, proceed to the Dhamapur village (by A/c coach). En-route, halt to visit a Cashew factory. Once you arrive at Dhamapur village, visit the ancient temples of Bhagwati Devin and Satara Devi. Also enjoy a visit to the nearby lake. Back to the train to depart for Goa, your next destination. Dinner is served on-board.

Arrival in Goa. After breakfast, leave for sightseeing (by A/c. Coach) in Old Goa that includes a visit to St. Augustine Church, Se Cathedral Church, Basilica of Bom Jesus Church, St. Francis of Assissi, Goa Museum and Fontanhas, the Latin Quarters at Panjim. Return to have lunch and spend some free time on-board Deccan Odyssey. The evening is scheduled for dinner and a cultural performance at a beach-side hotel. Back to the train that stays at Vasco Railway Station for overnight.

After breakfast, disembark the train to go to Mangeshi temple (by A/C coach), followed by a visit to Safa Masjid. Safa Masjid is an important Islamic shrine, situated in Ponda. Also known as Shahouri Masjid, this mosque is a typical Islamic architecture. Built in 1560 by Ibrahim Adil Shah, the Sultan of Bijapur, Safa Masjid has a massive water tank that is a major tourist attraction. Later, visit the Sahakari Spice Farm, a well-known tourist attraction. Enjoy a 45-minute guided tour to the spice plantation. Relish Goan delicacies in lunch at the farm. Afterwards leave for the Chandor village to visit Menezes Braganza House, erected during the 16th century. Back on the train, for dinner and departing to Kolhapur.

After breakfast on- board, leave for sightseeing by A/c coach. During sightseeing, you cover New Palace-also known as the Maharaja's New Palace, Shahaji Chhatrapati Museum-housing a collection of possessions of Maharaja Shahaji Chhatrapati, Bhavani Mandap-a building of historical importance which is also the temple of goddess Tulja Bhavani, Mahalaxmi Temple- a Shakti Peeth and Shalini Palace to enjoy Martial arts and cultural Programs. Later also visit the Handicraft Stalls where you can also do some shopping. Back to the train for lunch. Spend some time at leisure. After dinner on-board, the train departs for the next destination, Aurangabad. The train stops mid-way at Pune Railway Station for detraining and entraining.

The train arrives at Daultabad Station. Once you have breakfast, leave the train for sightseeing (by A/c coach). The visits of the day are to Daulatabad Fort- a magnificent structure erected on a pyramid-shaped natural mountain peak and Ellora Caves, a UNESCO World Heritage Site that is carved from volcanic basaltic formation. Proceed to a well-known hotel of Aurangabad for lunch and spend some free time. Later, leave for sightseeing including Bibi-Ka-Maqbara- erected by Mughal Emperor Aurangzeb during the second half of the 17th century in the memory of his first wife, Dilras Banu Begum. Back to the train to depart for the next destination. Dinner on-board.

Have an early morning breakfast. The train arrives at the Jalgaon Railway station. Leave by A/c coach to explore Ajanta Caves, a UNESCO World Heritage Site. Around 30 in number, these Buddhist caves were carved in 2 stages, first in the 2nd century BC and the second time around 6th century BC.Back on the train for lunch and some free time. Deccan Odyssey departs for Nashik. Once you reach the station, leave for visiting Panchwati Ghats and the popular ancient temples. Return to the train for dinner and departing to Mumbai.

Arrival at CST. On-board breakfast around 7:30 A.M, followed by check out and farewell formalities. 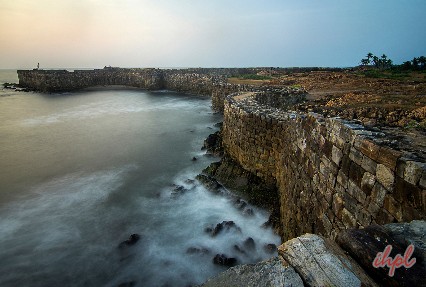 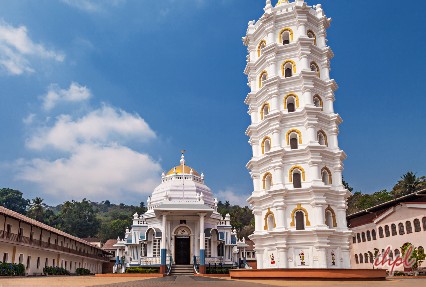 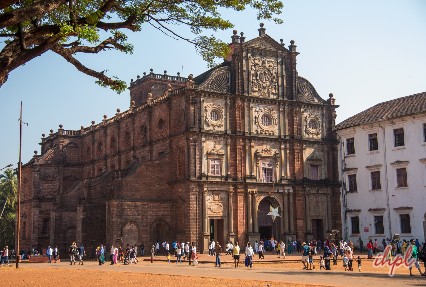