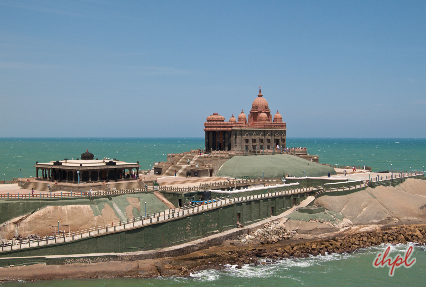 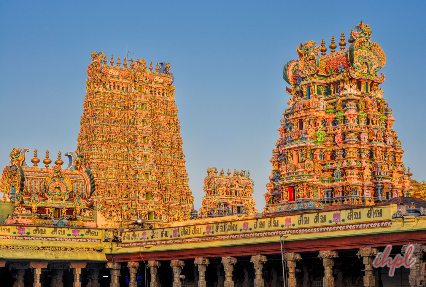 Spirituality has always been one of South India’s biggest strengths which you can experience with the 3 nights and 4 days Madurai Rameshwaram Kanyakumari Tour Package. The moment devotees loose grip on their mind, they tend to move towards the abode of deities to find ultimate solace. When it comes to the temples dotted in this region, you might get tired of counting but the list won’t come to an end.

Among the states in South India, Tamil Nadu is known to be more spiritually enlightened as compared to other places which are why we bring together the top three destinations of the state and put them together in our Tamil Nadu Pilgrimage Tour. This meticulously crafted itinerary covers Madurai, the abode of Goddess Parvati and Lord Shiva; Rameshwaram, one of the Char Dham, and Kanyakumari devoted to the virgin Goddess.

Further, you also get to visit the nearby attractions that are as pristine and worthy as these popular shrines. Browse through the itinerary to get all the interesting insights.

Your heart-warming Tamil Nadu pilgrimage tour kicks off as soon as you arrive at Madurai. Our tour representative will warmly greet you and help you in smooth transfer to the pre-decided hotel. After completing the check-in formalities, relax for some time. Later, freshen up as you will be visiting Meenakshi Temple, one of the top temples in Tamil Nadu to seek the blessings of Goddess Parvati. Post that, have lunch on a direct payment basis.

Overnight stay at the hotel.

Madurai: Tucked to the locks of Vaigai River, Madurai is an ancient city in Tamil Nadu which walked together in every phase with the state. Even before Chennai wore the crown of the capital, Madurai shook hands with Rome over trade deals. Coming back in present, the city is swarmed by pilgrims who are attracted by the Dravidian architecture and most importantly Meenakshi Amman Temple.

Meenakshi Amman Temple – Madurai's glory is never complete without the mention of its star attraction, Meenakshi Sundareshwara Temple. Stuck in the heart of the city, the holy place is dedicated to Goddess Parvati and her consort, Lord Shiva. The 14 gopurams (gateway towers) of the temple work as the beauty symbol of the city. Come here in the month of April and witness the wedding celebration of Meenakshi and Sundareshwara at the Chithirai Festival.

Start this day a little early and have your healthy breakfast. Check-out of the hotel and gear up for a road trip to Rameshwaram. Upon arrival, check-in at the hotel and ease-up.

Later in the day visit the famous Lord Shiva temple, Ramanathaswamy. Spend some time listening to the chants and pay regards. The next stop for the day is Sri Panchmukhi Hanuman Temple. Just when you are done with the tour, delight your taste buds with a delicious lunch on a direct payment basis.

Night stay at the hotel in Rameshwaram.

Rameshwaram: Pushing away from the hustle bustle of life, Rameshwaram sits on the Pamban Island also known as Rameshwaram Island with travelers who prefer tranquility above anything. Unlike all the towns in Tamil Nadu, Rameshwaram has a spiritual force guiding it through most days. Being a part of the Chardham Yatra, the town is considered one of the holiest places to Hindus.

Along with that, it is believed that Rameshwaram was the place where Lord Rama built the bridge connecting to Sri Lanka. So as to rescue his wife Sita who was kidnapped by Ravana, the great king of Lanka.

Ramanathaswamy Temple – Tucked to the Rameshwaram Island, Ramanathaswamy is a highly revered pilgrimage site which is part of the Chardham Yatra. It also stands as one of the twelve Jyotirlinga Temples dedicated to Lord Shiva.

Further, the shrine is believed to be built by Lord Rama, an avatar of Vishnu but what stands today is a marvel bestowed to the state in the 17th century. A major highlight of Ramanathaswamy is its temple corridor which is the longest among all the Hindu temples in India.

Sri Panchmukhi Hanuman Temple – This temple is located at a short distance from the Ramanathaswamy Temple. It is believed that this temple is placed where Lord Hanuman revealed his five-faced form for the first time. Besides, the shrine also houses the statues of Lord Rama, Lord Laxman, and Sita.

Begin this day with a delectable breakfast and head for a soulful journey to Kanyakumari. On arrival, check-in at the hotel and take some time to relax. Later in the day, head out to visit Kanyakumari Temple where Goddess Parvati is worshipped. Pay homage and move forth to tour Vivekananda Rock Memorial and Thiruvalluvar Statue. Followed by a boat ride in the surroundings.

After the sightseeing tour, return back to the hotel for overnight stay.

Kanyakumari: Spreading its calm aura over the southern tip is the city of Kanyakumari which takes shelter in the district by the same name. The city gets its name from Devi Kanya Kumari who is believed to be the sister of Lord Krishna. Further, this destination is dotted with innumerable attractions like temples, forts, palaces, monuments, etc. to keep travelers fascinated.

Kanyakumari Temple – From over 3000 years, Kanyakumari Temple has been blessing devotees as it graces the city of Kanyakumari. It is believed that the back of Goddess Sati fell here while Lord Shiva carried her corpse. Which is why it is one of the 51 Shakti Peetha worshipping the divinity Shakti.

Vivekananda Rock Memorial – Built in the year 1970, this memorial stands testimony to all the hard work of Swami Vivekananda to whom it is devoted. It is said that this was the rock where he attained enlightenment. Further, it is also said that Goddess Kanya Kumari performed austerity here.

The memorial houses Vivekananda Mandapam, Shripada Mandapam, and Dhyana Mandapa. The interior of the memorial is designed keeping the various temple architectures in mind.

Thiruvalluvar Statue – This attraction of Kanyakumari is best explored by a ferry ride to the small island where it stands tall. Thiruvalluvar Statue is a 133 feet tall statue of the great philosopher and poet of Tamil literature, Valluvar. The statue is symbolic and a tribute to the author's work on secular ethics and morality. The 133 feet tall statue signifies the 133 chapters of Tirukkural.

Day 4 marks the end of your enlightening Tamil Nadu Temple Tour. Post breakfast, check out of the hotel and move to the Trivandrum Airport/railway station for the journey ahead.