Here is a bit of good news for all adrenaline junkies. The Morni Hills in Haryana is likely to be the next paragliding destination in India. The team of expert gliders of the Border Security Force (BSF) has given a green signal by conducting the first-ever two paragliding test flights. Morni Hills is located in the Panchkula district of the state and to measure the possibility of the region the test was conducted. The team of the BSF personnel, who are posted at the BSF Adventure School in Dehradun arrived at the site to conduct the test flights. The tests were initiated under the guidance of the Shivalik Development Board, which is accountable for the growth and improvement of the entire lower Himalayan region. The climatic and topographical conditions and the firm development of tourism infrastructure in the regions like Manali, Bir Billing, and Rishikesh are among the popular sites for paragliding activities. The Morni hills share its border with the Sirmour district of Himachal Pradesh and sprawl within proximity to the Panchkula, Yamunanagar, and Ambala districts of the state. 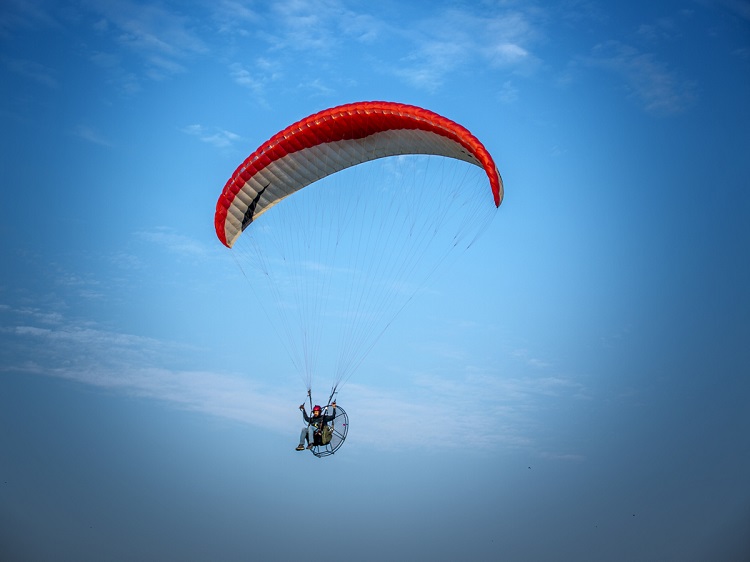 Also Read: Where to Go Paragliding in India

Mahesh Kumar Singla, the Executive Vice-Chairman of the Shivalik Development Board stated that the Morni hills have the potential to foster small-scale paragliding activity along with other adventure activities. The introduction of small-scale paragliding activity and other activities will boost tourism as well as generate employment in the region. Besides, he also stated that the BSF expert team who conducted the trials found the location perfect for starting short period paragliding activity. Despite this, Singla added that good wind speed will be a vital condition to initiate the activity.