Weekend Getaway from Mumbai to Pune

Located at the convergence of two famous rivers- Mula and Mutha- Pune has a glorious history that dates back to over 1600 years. Famous as the Cultural Capital of India, Pune has a flamboyant past with a rich history of several renowned dynasties. In a bid to keep their legacy alive, they sponsored the construction of several monuments and magnificent temples, the relics of which still beckons the traveler from far-off lands. Some prominent attractions of this place include Pataleshwar rock-cut temple and the Nandi Mandapa.

How to Reach Pune from Mumbai

Pune is an important railway station in the state of Maharashtra. Pune connects good railway networks with other prominent railway junctions in India.

Pune airport is located in the Lohagaon area, which is located at a distance of 10 kilometers away from the city. Pune is directly connected to various cities such as Delhi, Chennai, Mumbai and Bangalore via regular flights.

The Mumbai-Pune Expressway connects Mumbai to Matheran. If you are travelling via car, the journey will take around 2 hours and 27 minutes. Frequent bus services are available between Pune and Mumbai, both of which are 200 kilometers away from each other. 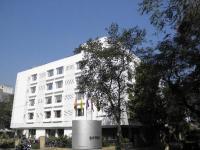 Famed for its connection with the Indian Independence Movement, Aga Khan Palace is a historically significant place in Pune. Several Indian freedom fighters were kept under arrest in this palace. In this palace, Mahatma Gandhi, Kasturba Gandhi and Mahadeobhai Desai were imprisoned during the Quit India Movement in 1942.

Built by David Sassoon in 1861 in Byculla close to Pune, David Synagogue is a perfect specimen of Victorian architectural style. The synagogue is maintained by Sit Jacob Sassoon Charity Trust and offers everyday prayer services. There is a separate prayer hall for ladies with a gallery in the upstairs. Many foreign tourists visit this place to witness this architectural marvel.

National War Memorial is a result of the Ernst efforts put in by the Express Citizen’s Forum, an organization of Pune citizens. The war memorial was opened for public viewing in October 1988. People from all walks of life contributed munificently for this great cause. It is a patriotic site to pay homage to the great sacrifice of Indian War fighters.

A rock cut temple dating back to the 8th century, Pataleshwar Cave Temple is a historical place located in the middle of Jangli Maharaj Road in Shivaji Nagar, Pune. The temple is made out of a single hard stone and the main deity is Pataleshwar. The temple holds massive pillars and exhibit magnificence akin to Elephanta Caves in Mumbai.

Located on the famous Bajirao Road in the heart of the Pune City, Raj Dinakar Kelkar Museum displays a variety of artifacts which showcases enormity and diversity of culture of the country and people. The museum houses many items collected by DR. D.G. Kelkar such as elephant shape foot scrubber, images of Lord Ganesha and a brass scorpion with a secret lock system.