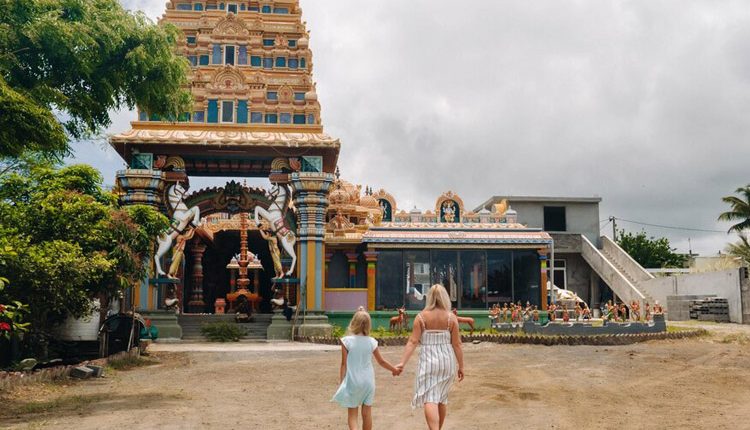 Religion is one of the integral aspects of a holiday destination to any location, particularly so in the case of Mauritius. And the opportunity that religious tourism presents in this island country is unparalleled. Religious diversity and the unique culture associated with it offer diverse options to explore religions in Mauritius.

Further, you can engage in a wide range of religious and cultural activities associated with these religions in order to uplift your tour experience. The constitution of Mauritius rightly ensures religious freedom to the people. This is why Mauritius embraces every type of religious and cultural celebration, available to experience its full glory for every tourist that steps onto this beautiful country. You will get to visit popular religious monuments and pilgrimage sites on your trip.

Hinduism is the major religion in Mauritius, with around 48% of the entire population being Hindus. Roman Catholics constitute about 26%, and 17% identify as Muslims in this country. The remaining population follows Buddhism, Jainism, and others. Scroll down and go on this virtual tour for a better understanding of the various religions and their values and beliefs, along with specific pilgrimage sites where you can experience the same.

List of Top Religions in Mauritius with their beliefs

Hinduism is the most followed religion in Mauritius, and it’s the only African nation with the 3rd highest Hindu population. Indians who worked as indentured laborers in sugar fields brought Hinduism here, which is why around half the population currently identifies with this religion. As a result, Hinduism in Mauritius is a dominant religion and reflects in multiple ways and communities.

For example, the Tamil community has a significant influence in this country, and most people who follow Hinduism are part of it. Consequently, Tamil festivals are celebrated in large numbers on this island.

Apart from it, Sanatani and Arya Samaj are two major sects of Hinduism in Mauritius. You can witness the unique culture of these sects through varied ornate Hindu temples. Hindus have firm faith regarding the cycle of Rebirth and Karma. And there is a philosophy that says living creatures have a soul, and all are a part of the supreme soul that is known as God. 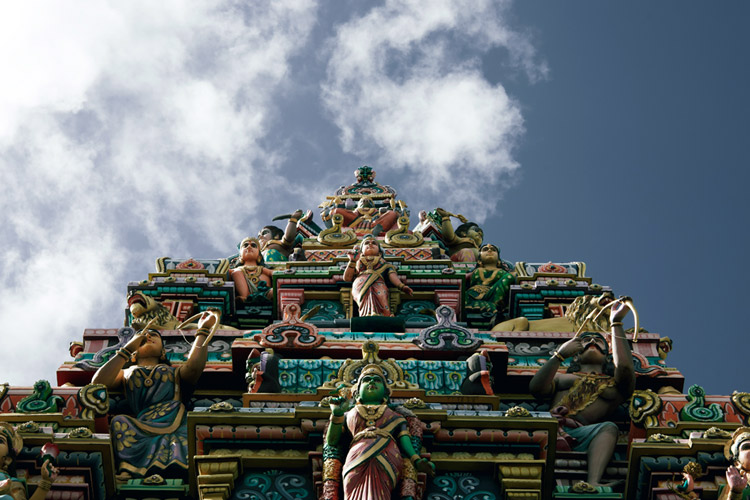 You can explore the various Hindu temples and participate in festivals, particularly of the Tamil community. In addition, you can take a bath in Ganga Talao, which is linked to the Ganga River of India and has strong religious significance.

Moreover, interaction with the Hindu community’s local people gives you a better insight into the religion. You will also learn about the lifestyle, beliefs, and ways of celebrating the festivals. And Maha Shivratri, Ganesh Chaturthi, Diwali, Ugadi, and Tamizh Puttaandu are popular Hindu festivals in Mauritius.

Must-Visit Places of Religious Importance for Hinduism in Mauritius 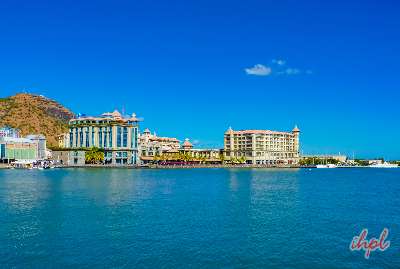 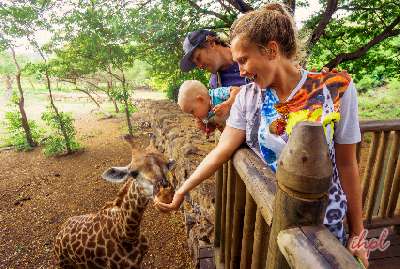 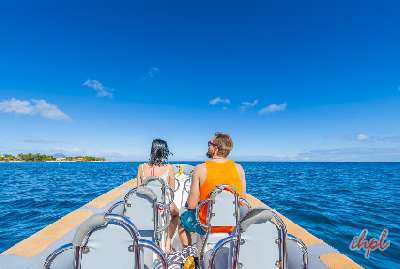 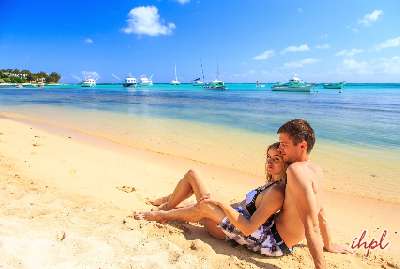 Christianity is the second most followed religion in Mauritius, with around 26% of the country’s population being Christians. The religion was first brought to this island country by the Dutch people, who first inhabited here in the year 1638. But then, the Dutch abandoned the country in 1710, and later the French introduced Christianity in 1715.

The primary faction of this religion, Catholicism, recognizes God as the Holy Trinity, including the Father, the Son, and the holy spirit. Interestingly, public worship by Christians varies across the country, and even the rituals are performed in different languages, including Latin, French, and English.

In fact, you can find many old catholic churches in this country to get a better outlook on Christianity in Mauritius. The festivals of Assumption and Christmas are also national holidays in Mauritius. If you talk about their beliefs, Christians believe in Jesus Christ, the Son of God, sent by God on his planet to save humanity from sins. 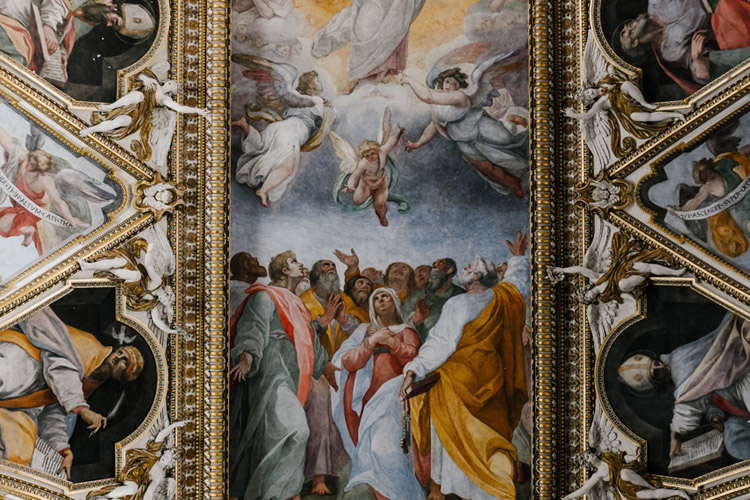 Christianity has a strong connection with the historical background of this country. You can explore and enjoy praying in these old churches. However, it would be better to interact with the Father of the churches and silently observe each part of the praying process. Apart from that, you can admire the architecture of churches that reflects the significance of religion.

Must-Visit Places of Religious Importance for Christianity in Mauritius

See more about Places to visit in Mauritius

Like Hinduism, indentured laborers who arrived in Mauritius also introduced Islam. In fact, it is a fact that Muslim Arabs were the first to discover the island of Mauritius. Most Muslims in Mauritius identify themselves with the Sunni sect, the largest branch of Islam. The entire community of this religion can be categorized into three social groups.

These social groups of Islam are Memons, Surtees, and Shia. The Memons control the main mosques in the country; Surtees are majorly rich merchants who came from Kutch and Surat province of Gujarat in India.

And the Shia minority traces its roots to South Asia and East Africa. Mauritius thus has a large number of mosques. One of the major festivals of Muslims, the Eid-Ul-Fitr is a national holiday in the country and is celebrated with great enthusiasm.

If you talk about their beliefs, Muslims worship one all-knowing God, known as Allah in Arabic, and believe Allah is the originator of all things, and nothing happens without Allah’s permission. 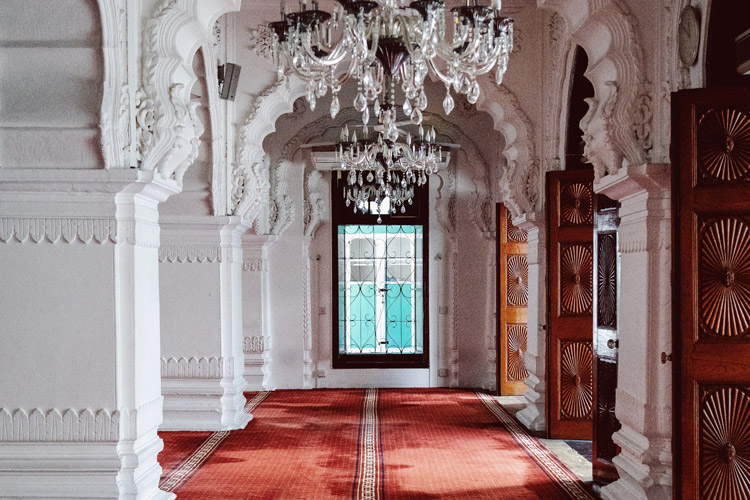 Exploring the culture and tradition of Islam lets you introduce faith, prayer, alms-giving, fasting, and pilgrimage. In addition, you can interact with local people and understand this tradition’s lifestyle and significance. The lifestyle reflects the values of Islam culture that you can witness and enhance your experience.

Must-Visit Places of Religious Importance for Islam in Mauritius

Buddhism religion in Mauritius was brought over mainly by Sino-Mauritians (with Chinese origins). They migrated to the country at the start of the 19th century and introduced Buddhism. It is a Dharmic religion that derives its principles from the teaching of the Gautama Budhha of India.

The Theravada and the Mahayana in the country are two primary Buddhist schools, where numerous monks inhabit. Many Mauritian followers practice Buddhism and follow the ideology of Gautam Budhha. The tradition of Buddhism follows the path of overcoming suffering and achieving freedom from the cycle of life and death. If you are talking about values, Buddhists practice the middle way, neither asceticism nor luxury.

If you talk about their beliefs, Buddhists believe that meditation, spirituality, and good behavior are the paths to enlightenment or nirvana in human life. 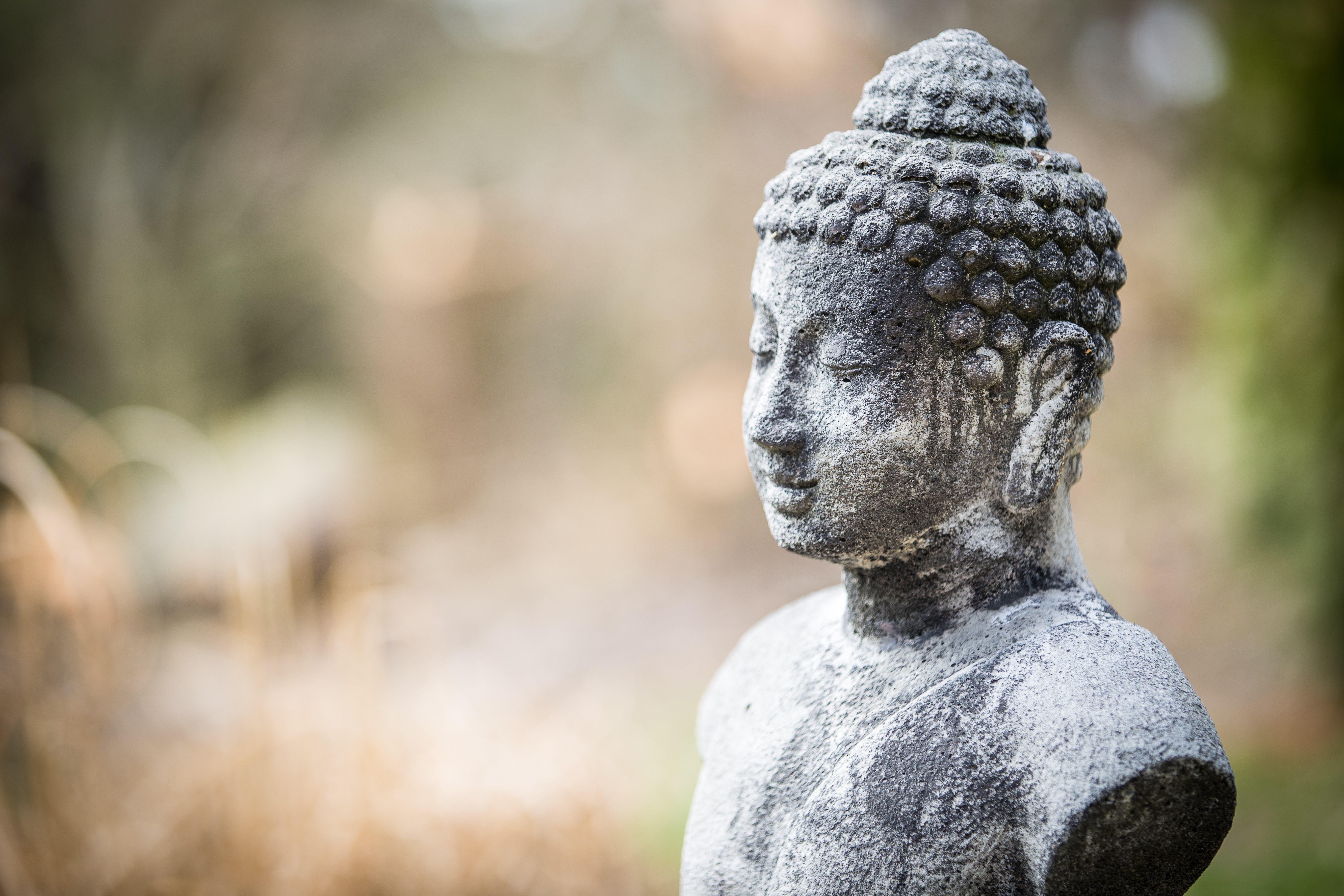 There are multiple ways to witness the flavor of this religion in Mauritius whose central message is the philosophy of leading a happy life. From visiting the Buddhist schools to participating in the festival celebration, you can have multiple opportunities to learn about the religion.

In the town of Quatro Bornes, you must visit the significant community center, Dharmarakshita Mahayana Buddhist Center. Besides, Chinese New Year Festivals and the Lantern Festival are grand events to enjoy for better outcomes on Buddhism.

Must-Visit Places of Religious Importance for Buddhism in Mauritius

Other Religions in Mauritius 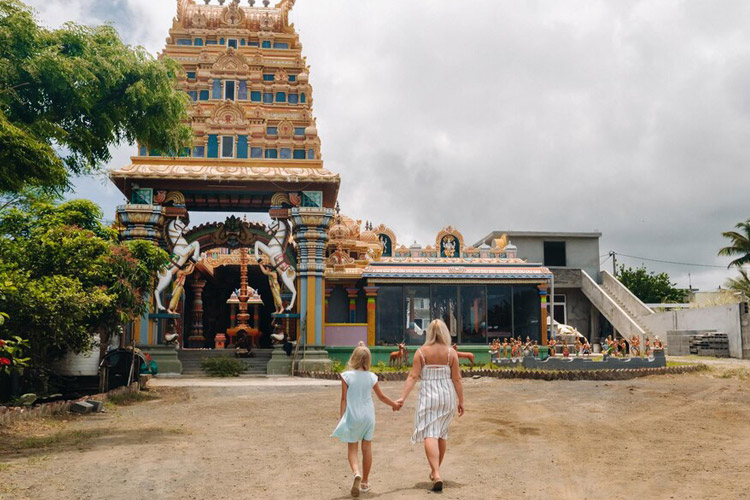 Jainism, Confucianism, and Taoism are other religions in Mauritius practiced by less than 1 % of the population. These religions also offer a blend of colorful festivals and experiences. So you can explore them and create some memories that last forever.

Mauritius is a hub of great learning, cultural values, and unique experiences. You can find out that each religion has a beautiful offering for you to enjoy throughout your tour. By exploring the pilgrimage sites, you can get plenty of ways to enhance your cultural understanding. When you explore the Mauritius culture through a well-crafted Mauritius tour package, the experience will double as you will enjoy the tour with ease and at best. So, book your tour with us and pack your bags to enjoy a Mauritius trip never before.

18 Best Places to visit in Mauritius That Promise A Refreshing Vacay
Mauritius vs Maldives: Where Should You Plan Your Next Holiday?
Top 17 Things to do in Mauritius

A storyteller by heart, a content writer by profession, and a traveler enthusiast by soul. Lokesh flows with innovation and creativity, and being with books and exploring new destinations keeps him enthusiastic.