During the beginning of this millennium, the region in and around Daman was ruled by the Kushana Emperor. From the 8th to 13th century, Daman and Diu, which was a part of Goa was a stronghold of the Chowda Rajputs who were banished by the Waghalas who in turn were expelled by Muslims in 1330. History of Daman is quite fascinating for every historian across the world.

In the successive centuries between the 2nd Century BC and 13th Century AD, it is seen in the history of Daman that it formed a part of the kingdom known as Lata, one of the small kingdoms of the Aparant or Konkan Vaishaya and was ruled by the Rashtrakutas of Malkhed in the Deccan till AD 808. By 973, the power shifted to Tailapa II of the Chalukyas of Kalyani after his conquest of the Rashtrakuta kings. Tailapa II placed Lata in the charge of his relative, General Devarappa Chalukya.

Daman’s history also reflects that by the middle of the 13th century, a Rajput prince Ramasingh overpowered the Koli chief Nathoart of the Thorat tribe and established himself in the hilly tract at Asheri or Asserseta near Daman. The district of Daman including the coastal area from Surat to Mahim continued to be ruled by the chieftains of Ramnagar during the 14th century and in the initial years of the 15th century AD.

As per the historical background of Daman, it was acquired by the Portuguese in the 16th century after its prime importance on the maritime routes between East and West Asia was realized by them. They attacked Daman numerous times before it was ceded to them in a treaty with the Shah of Gujarat in 1559. It remained a major outpost of the Portuguese opium trade to China till the time the Portuguese remained a valid naval power. By the middle of the 16th century the Portuguese were able to seize Salcete and Bardez Talukas and the coastal areas, north of Bombay and the pockets of Daman and Diu.

In 1670, a small armed band of the Arabs of Muscat surprised and attacked the coastal plains. Since that happening, the other most worthy event occurred in connection with the liberation of Portuguese settlement-'Operation Vijay' just before the midnight of December 16, 1961, which evoked the end of the colonial rule. The different land blocks on the west coast of India, Daman, Diu and Goa came to form one political unit after liberation from the erstwhile Portuguese regime in 1961. In 1987, when Goa becomes a full fledged state, Daman and Diu was separated from Goa. Following Daman history the facts are revealed to the historians.

With the end of British colonial rule in India, the Portuguese enclaves of Goa, Daman, Diu, Dadra and Nagar Haveli became restless. These enclaves were finally granted independence in 1961. Ever since then, Daman and Diu has been administered as special territories of the Indian Union by the central government in Delhi. While tours to Daman get accustomed with the striking significances of history of Daman. 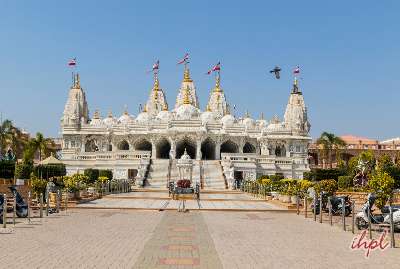 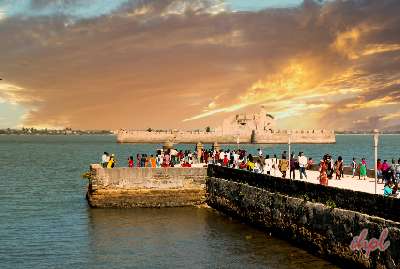