The Tibetan New Year, popularly known as Losar, is a festival in Sikkim celebrated with zeal and enthusiasm. A harvest festival, Lossar is a momentous day among the Tibetans. Also known as Gyalpo Lossar, it is marked by visiting the monastery, and after performing the rituals, the people visit relatives and friends. It is one of the most admirable festivals in Sikkim, and you can be a part of it by visiting Sikkim during this festival.

Flowers are an essential part of the Lossar Festival. Devotees greet each other with flowers. At Pemayangste, Lossar is preceded by Chaams or traditional dances. Lossar Festival is celebrated in February. The Tibetans celebrate it as a day of joy and celebration.

Sikkim is the northeast state in India whose economy is mainly dependent on tourism and agriculture. Therefore, locals value both - agriculture and tourism in their state. Tourists worldwide visit Sikkim for its breathtaking landscapes, dazzling waterfalls, alpine forests, and glorious Kanchenjunga Peak. In addition, there are ancient Buddhist monasteries in Sikkim for spiritual lovers. But that is not the only reason why you should visit Sikkim. If you look at Sikkim from a cultural lens, you will find that Sikkim is the hub of unique festivals too! One such vibrant festival in Sikkim is the Losar Festival. This unique festival is celebrated enthusiastically in Sikkim. Local Buddhist people in Sikkim indulge in vibrant celebrations during the Losar Festival.

The Losar Festival marks the good times for the farmers of Sikkim. The reason behind this because this festival is celebrated on account of land, harvesting, and local Buddhist communities. "Losar" is a Tibetan word that means "New Year'' in English. Therefore, this unique and vibrant festival in Sikkim is celebrated with full enthusiasm.

The Losar festival marks the celebration of farmers' hard work. It is celebrated with the convincing end of the harvesting season to give farmers homage for their hard work. During the Losar Festival, the state witnesses grand rituals and vivid ceremonies. If you visit this thumb-shaped state in February 2023, you must know everything about the Losar Festival. Let's start with the history of this festival.

The history of the Losar Festival existed before Buddhism arrived in Tibet and its surrounding regions like India, Nepal, and Bhutan. In ancient days, it is a notion that the Losar Festival was acknowledged as a ceremony in winter. During that time, locals offer a large incense to appease local deities. The Buddhist people believe that indulging in Losar Festival drives away negative spirits. As centuries passed, the Tibetan astrological methods have changed, and local Buddhists celebrate this festival to welcome a new harvesting season and a new year. Nowadays, Losar is touted among the most important festivals for Tibetans and is celebrated with all pomp across 8 Indian destinations.

How is the Losar festival celebrated in Sikkim?

The celebration of Losar amongst the locals in Sikkim typically begins with cleaning their houses. Then, people discard their old items and indulge in the colorful decorations of their homes. The major highlight of the Losar ritual is locals chant prayers in the monasteries in Sikkim. So it is also when tourists flock to enjoy holidays in northeast Himalayan abode Sikkim. If you plan a Sikkim trip during the Losar Festival, you too can soak yourself in the unmatched festive spirit of Losar.

Where is Losar Festival Celebrated in Sikkim:

Rumtek Monastery and Phodong Monastery are where the celebration of Losar takes place.

Traditions of Losar Festival in Sikkim

Losal Festival in Sikkim is a complete retreat for cultural extravaganza lovers. From traditional foods to folk dance and local music, people immerse themselves in the festive spirit with all their hearts. However, the locals started preparing for the celebration 10-15 days in advance. So if you want to witness the zeal and enthusiasm of the Losar Festival, you must visit Sikkim for a unique cultural dose.

Celebrations of Losar Festival in Sikkim

Before 2-3 days of the festival, Gutor Cham is carried out by the monks. It is a masked Lama Dance celebration that is performed to showcase the victory of good over evil. Locals go to monasteries to perform a gratitude ritual to the 'Nagas" - the water spirits - the sign of activating the water element in the region.

Rituals of Losar Festival in Sikkim

To indulge in the celebration of the Losar Festival in Sikkim, the best way is to go with locals' homestay options. This is how you will get to see the noteworthy highlights of Losar. Locals prepare Tsampa buckets, a blend of roasted barley flour and butter.

Duration of Losar Festival in Sikkim in 2023

The Losar Festival in Sikkim is a grand event where entire local communities gather to witness religious performances. It will be celebrated between 21st February 2023 – 27th February 2023. This festival marks the New Year - according to the Buddhist calendar. Visit Sikkim in February to take a plunge into the Sikkimese culture, traditions, and outdoor activities.

Travel tips for attending Losar Festival in Sikkim in 2023

When the Losar Festival arrives in Sikkim, locals indulge in celebration in advance. February is amongst the peak tourist season in Sikkim. Many tourists flock to Sikkim to become part of this unique festival. So it is obvious that the accommodation price gets higher. What you can do is plan your Sikkim tour in advance before 1-2 months to get the best offers on your accommodation and airfares.

How to reach Sikkim?

By air: One can reach Sikkim upon arriving at Bagdogra airport. It is 155 km (approx.) and is well connected with domestic flights from metro Indian cities. To reach Bagdogra from Sikkim, the travel time is around 7-8 hours (approx.).

By road: Visiting Sikkim by road journey is possible if you reside in nearby towns like Kalimpong, Kolkata, Gangtok, and Darjeeling. The route is scenic as you will witness the Teesta river flowing on one side and the lush green mountains on the other side. To know more details click here! 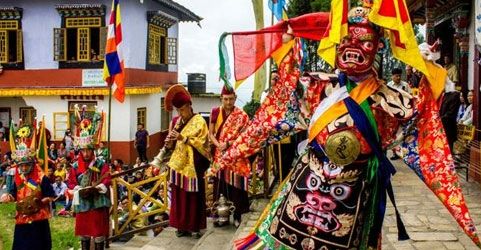 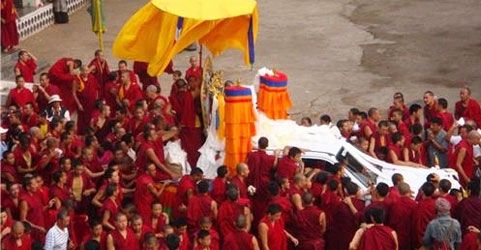 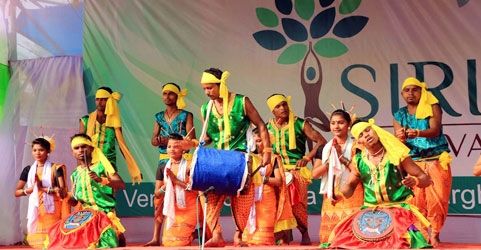 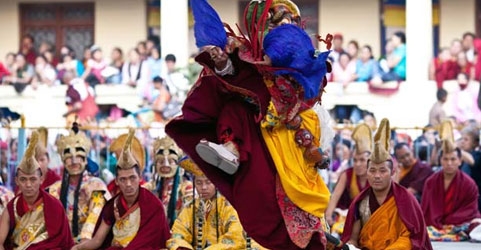