Weekend Getaway from Delhi to Chail

Overlooking the Sutlej Valley, Chail is a beautiful town near Shilma, which is popular for housing the highest cricket ground in the world, placed at an altitude of 2144 meters above the sea level. A haven for hikers, Chail is the perfect weekend getaway destination from Delhi. A beautiful hill station around 49 km from Shimla, Chail is enclosed by the pine and deodar forests. The former summer capital of the Maharaja of Patiala, Bhupinder Singh, Chail is placed on three small hills- Pandhewa, Rajgarh and Sadh Tiba hills. This town bustles with high tourist activity. Family vacationers and honeymooners visit Chail to get away from the hectic city life and enjoy lush greenery, which is sprinkled all around. Apart from natural beauty, the town is also dotted with a number of tourist attractions. If you love adventure sports, you can indulge in angling, nature walks, trekking, hiking and horse riding.

How to Reach Chail from Delhi

The nearest railhead to Chail is at Kalka, which is located at a distance of 86 km. To reach Chail, you can hire a taxi or can go on-board a bus. A hired taxi may cost around INR 1700. The railway station in Chandigarh is another option, about 95 km away. Both these railway stations receive regular trains from Delhi.

Jubbarhati Airport in Shimla is the nearest airport from Chail, which is located at a distance of around 63 km away. This airport is well connected to Delhi through regular flights. You can hire a taxi or a jeep from the airport to Chail, which may cost somewhere around INR 1,500.

Renting a taxi is the best option. Chail is around 333 km from Delhi, via Chandigarh and Solan. Take this road. Then the road from here takes you to Kandaghat, which is around 18 km and you finally reach Chail from here. The distance between Kandaghat and Chail is just 29 km. You can also go for state-run buses or Chartered buses. 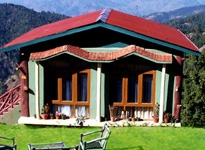 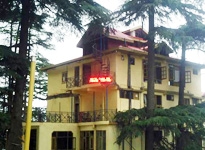 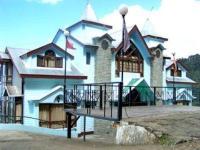 Chail Palace : Erected by the Maharaja of Patiala, Maharana Ranjit Singh, the splendid Chail Palace was a former lodging place for the British. Spread in 75 acres of land, this palace was built in 1891, which has now been converted into a heritage hotel.

Chail Wildlife Sanctuary: he former hunting grounds of the Royal Kingdom of Patiala, Chail forest became a wildlife sanctuary in the year 1976. With a varying altitude of 701 meters to 2180 meters above the sea level, this sanctuary is home to some exotic animal and bird species.

Gurudwara Sahib: Erected in the year 1907 on the Pandhawa hills, Gurudwara Sahib is a small but beautiful religious site, which is visited by the locals as well as the tourists. This yellow-color Gurudwara is placed in a beautiful well-manicured lawn.

Kali Ka Tibba: An ancient temple in Chail, Kali Devi temple is flocked by a large number of devotees every year. Kali Devi is the residing deity of Chail. This temple also offers a nice view of the surroundings.

Siddh Baba Ka Mandir: Sidh Baba Ka Mandir is one of the most popular religious places in Chail. Maharaja Bhupinder Singh built this temple and dedicated it to a saint who came in his dream. This temple site, originally chosen for making a palace, offers amazing views of the surrounding area.

Cricket Ground: Chail cricket ground is popular as being the highest cricket ground in the world, which is located at an altitude of 2144 meters above the sea level. Surrounded by pine and deodar trees, this playground was commissioned in 1893, by the Maharaja of Patiala. This ground is also used for playing polo.