Weekend Getaway from Bangalore to Halebid Halebid, also known as Halebeedu, was the capital of the Hoysala rulers during the 12th century and the 13th century. Literally meaning ‘the old city’, this quaint town was at its zenith during their. Your visit to Halebid during from Bangalore would be a cultural delight. This town is dotted with a number of temples as well as Jain shrines, which are its main attractions. Around 30 km from the Hassan town, Halebid still carries the proof of its rich historical past. Do not miss visiting these finest architectural structures of the olden times. You can have a relaxed vacation along with your loved ones in this serene town, away from the hustle-bustle of the city life.

How to Reach Halebid from Bangalore

The nearest railway station to Halebid is in Hassan, which is around 32 km away. Hassan railway station is well- connected to Bangalore by regular trains. You can board a train from Bangalore to Hassan and from the station, you can take a private taxi or use local transportation.

It is best to rent a cab from Bangalore to Halebid. If you wish to travel by bus, you can go aboard a private bus. 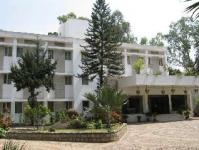 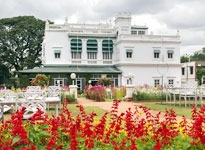 A cluster of Jain monasteries, Basadi Halli is a beautiful structure, famous for its highly polished pillars, looking like mirrors. Placed close to the Hoysaleswara temple, its complex comprises of 3 temples, each one being an architectural marvel. The 3 temples- Parswanathaswamy, Adinathaswamy and Shanthinathaswamy are open all days of the weak.

The most popular temple of Halebid, the Hoysaleswara Temple is dedicated to Lord Shiva. Adorned with beautifully carved sculptures of dancing girls, Gods and Goddesses, animals and birds, the construction of the temple started in the 12th century. This star-shaped temple, a set of 2 same temples has different mandaps and sanctuaries. Nandi Bull statue and Lord Shiva’s chariot are two of the main highlights.

Built in Chalukyan temple architecture style, Kedareshwara temple consists of 2 Hoysala emblems. Popular for its amazingly carved sculptures, this temple was built in 1319 AD. Although the original shape of the temple was destroyed, but its basement houses an amazing collection of beautiful sculptures depicting tales of Bhagavad Gita, Ramayana and Mahabharata and more.

Placed on an elevated platform made from soapstone, Shantaleswara Temple is a compilation of shrines, dedicated to Hoysaleswara and Shantaleswara, which stand adjacent to each other, facing towards the East. A marvelous proof of Hindu style of architecture, this temple has a sanctorum, which houses a Shiva Lingam as well as a museum. The temple boasts of a complex exterior but a simple interior.

Located at a distance of just 16 km, Belur was the capital of Hoysala rulers around 12 and 13th century. Known as Velapuri during that time, this quaint town is known for housing some very striking temples. Channakeshava temple and Chennigraya temple are two of the most popular temples in Belur, boasting of a magnificent architecture.