Weekend Getaway from Delhi to Jammu 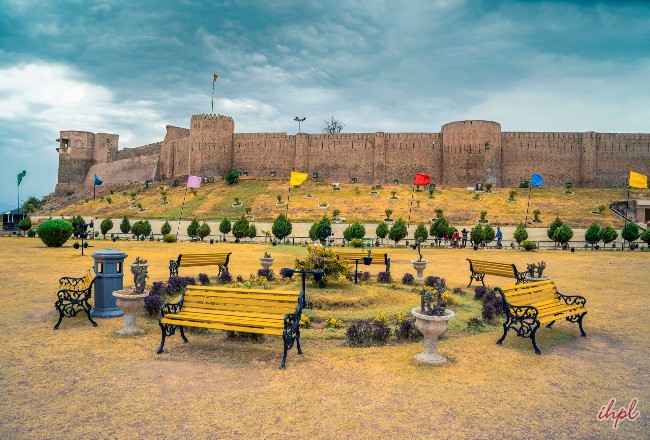 Officially known as Jammu-Tawi, Jammu city is the winter capital of the Jammu and Kashmir state. Also famed as the 'City of Temples', Jammu has been blessed with natural beauty in abundance. Hence, Jammu is just the perfect destination to enjoy a rejuvenating vacation from Delhi. Placed at the base of the mighty Himalayan Mountains, the city was founded by Raja Jamboolochan way back in the 14th century. The city also finds its mention in the great Hindu epic of Mahabharata, when it was known as Jamboo. As per archaeological indication, Jammu was a part of the Harappa civilization. This picturesque city is not only dotted with several tourist attractions but also offers ample adventure opportunities. When in Jammu, do not forget to visit the main bazaars- Hari Market, Raghunath Bazaar, and Vir Marg. Get your hands on dry fruits, mainly almonds and walnuts, Rajma or red beans, Aampar, Anardana, traditional Dogra jewelry, and Kashmiri handicrafts. You can plan your short trip to Jammu from Delhi with us to make your holiday more appealing.

How to Reach Jammu from Delhi

The Jammu airport is well-lined to Delhi through regular flights of all major air service providers.

Jammu and Delhi are well-connected by road. Go for a private rented taxi. Apart from this, the Jammu city is well connected by bus service to Delhi. You can either opt for state-run buses. However, deluxe buses are also available. 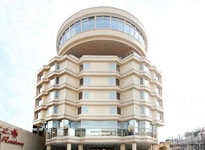 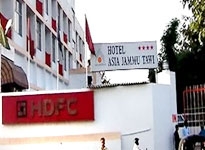 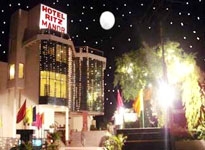 Peer Baba Dargah, is the Dargah of Peer Budhan Ali Shah, a celebrated figure. He was a Muslim saint. It is believed that he lived up to the age of 500 years, just drinking milk. The placed is flocked by believers, mainly on Thursdays.

The oldest and a massive fort in Jammu, Bahu Fort was erected 300 years back by Raja Bahulochan and was later renovated by Dogra rulers. This popular attraction also consists of the well-known Bawey Wali Mata Temple, dedicated to Goddess Kali and the beautiful Bagh-e-Bahu garden.

Raghunath temple is one of the most popular ones in north India. Placed in the city centre, it is dedicated to Lord Rama. The temple complex, popular for its architecture, also consists of temples of other Gods and Goddesses as well.

Constructed by King Raja Amar of Dogra in 1890s, Amar Mahal was planned by a French architect. Made in red sandstone, this palace was the residence of the royal family for a number of years. Now turned into a museum, it houses a collection of sculptures, books, inscriptions and paintings and a library too.

Mubarak Mandi Palace, a palace complex around 150-year old, served as the residence of the Dogra rulers. This palace is a mix of Rajasthani, Mughal, Baroque and European architectural styles. The galleries and halls are decked-up amazing Dogra art.

Mansar Lake, considered to be a holy lake, spreads itself in an area of a mile and a half. A visit to this picturesque location is a refreshing one. One can indulge in boating here. There is a popular Sheshnag temple, located on the banks of this Lake.

Nestled amidst thick forests with lush hills in the backdrop, Surnisar Lake becomes a soothing sight. This very popular picnic spot, it is dotted with beautiful blossomed lotus flowers. This lake is also known for its mythological connection.