Weekend Getaway from Delhi to Khajuraho

Famed as the symbol of medieval heritage, Khajuraho is a small town in the central Indian state of Madhya Pradesh. This town is home to world-renowned UNESCO World Heritage Site-Khajuraho temples. It is believed that the founders of the Khajuraho were the descendants of God Moon, who were also the founders of the mighty Chandela Dynasty. The Vindhya Range of mountains forms the backdrop of this beautiful medieval town. These temples are popular all around for their marvelous architecture and striking sculptures, promoting erotica. Built by Chandela rulers, originally they were 80 in number but now only 22 remain. These temples have been segregated into Eastern Group of Temples, Western Group of Temples and Southern Group of Temples. One of the hotspots in Indian tourism, Khajuraho is also famous for its annual cultural extravaganza- Khajuraho Dance festival. This festival held every year between 25th February and 2nd March, is a show of several Indian classical dance forms. This festival is attended by various famous artists and spectators, who are passionate about classical dance forms.

How to Reach Khajuraho from Delhi

The Khajuraho airport is well-linked to a number of popular cities of the country including Delhi through regular flights. All leading air service providers have flights to and from Delhi.

Khajuraho is an important city of Madhya Pradesh, which is well-connected by road to most of the prime cities of India, including Delhi. Rent a private cab to go to Khajuraho. You can also 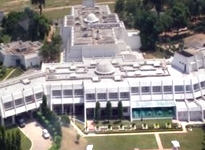 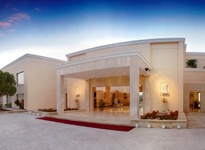 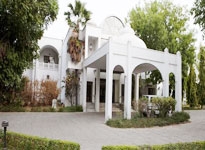 Things to do in Khajuraho