Weekend Getaway from Bangalore to Thanjavur

Thanjavur, also known as Tanjore, is a beautiful city that was ruled by the Chola rulers and was at its zenith under their rule between the 11th and 14th centuries. Also known as the ‘Rice Bowl of Tamil Nadu, Thanjavur is home to a large number of extremely beautiful temples, popular for their striking architecture. If you wish to spend your vacation, visiting these beauties and seek inner peace, visit Thanjavur from Bangalore during weekend. During your visit to Thanjavur, do not miss getting your hands on cotton saris, handloom silk saris and Tanjore paintings, popular all around the globe. It is one of those cities in South India where one can see marriage between the old and new.

How to Reach Thanjavur from Bangalore

You can go on-board a direct train from Bangalore to Thanjavur. The railway station is just 2 km from the city centre. You can opt for a rickshaw to go to your destination. 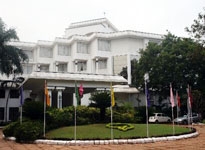 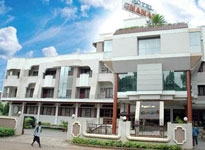 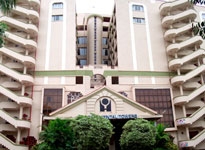 Situated 2 km towards the north-east of the Brahadeshwara temple, the Vijayanagar Fort is a well-known tourist attraction in Thanjavur. The considered of this fort started by the Nayaks and was completed in the initial years of 1550 AD by the Maratha rulers. There are a number of other structures also inside the fort complex, including Sangeetha Mahal, Tanjore Palace, An Art Gallery, Siva Ganga Garden and Saraswati Mahal library.

Placed close to the Tanjore Palace, within the premises of Vijayanagar Fort, the Siva Ganga Garden is a beautiful, well-maintained park displaying an amazing collection flowering and non-flowering plants along with various kinds of animals and birds. The garden also consists of a square-shaped tank for providing drinking water to the Tanjore Palace and is in use even now.

The very well-known Brahadeshwara temple or the Big Temple, also known as Peruvudaiyar Kovil, was built by Raja Rajawara Chola, the popular Chola ruler. One of the most prized architectural pieces, this one of the largest temples in India, it is a part of the UNESCO World Heritage Site. Dedicated to Lord Shiva, this temple was carved from a single monolithic granite block. It was fortified within high walls, which were built during the 16th century.

Placed on the banks of one of the tributaries of River Cauvery, Lord Murugan temple is around 5 km westwards of Kumbakonam.  This temple becomes the venue of a number of festivals all round the year, including Temple car festival, Kiruthikai festival and Skanda Shasthi festival. During these festivals, the temple is flocked by tourists as well as locals in huge numbers.

Thirunageshwaram Temple is placed at the site where Raaghu, the king of the Nagas, worshipped Lord Shiva. Placed near Kumbakonam, this temple is known for its main Abhishek, which is done with milk. The temple is dedicated to Lord Raaghu, who grants people’s wishes to solve their family problems and mental disorders and communicable diseases.

Vellai Puliar temple, one of the many ancient temples in Thanjavur, is a beautiful temple, known for its striking art and sculptures. Dedicated to Lord Ganesha, this temple has an idol of the Lord in white color. The sculpture works and carvings on the pillars are a real to the eyes of the visitors.

Dedicated to Lord Shani, the Sani Bhagawan Temple is popular for being one of the most powerful Saneeshwaran temples all around the globe. The temple hosts the Sani Peyairchi festival when Shani Bhagwan leaves from zodiac sign and enters into another. It is believed that he makes his devotes free from any kind of a tension...