Delhi, the heart of the country is known for its many treasures. But, did you know that it is reckoned as one of the scariest places in India? There are many haunted places in Delhi which are a must-visit by the fearless souls. The capital territory is a home to cursed tales, possessed graveyards, haunted tombs and forts, ghost ­ridden houses, creepy trees and darkened roads. These scary destinations are believed to be haunted since the bygone era.  All of them are associated with spooky stories and interesting history.

Encompassing great history and heritage, Djinns have been an intriguing part of the city’s legends. Dare to explore the haunted sites in Delhi which are replete with bone-chilling experiences? Before entering this one of the most famous haunted sites of Delhi, be aware that you might be slapped out of nowhere! Nestled in close proximity to the Qutub Minar, Jamali Kamali Mosque and Tomb are the mausoleums of the Sufi saints of the 16th century. The glory of the mosque has now been forgotten and people seem scared to visit the place. Unnatural sounds, existence of ghosts and sudden white visions are experienced here. People tell you many tales and ask you not to go there after dusk. A constant vision keeps on following you and you may dodge someone beside you, while actually there is nobody!

Both Jamali and Kamali were buried here. There are other tombs nearby as well which are in their ruins. It is believed that these jinns refuse to leave and still stay here making the place spooky. 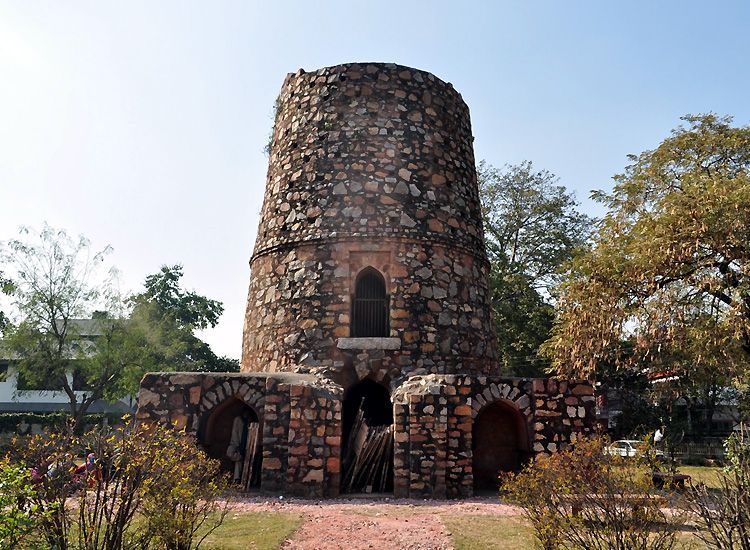 If not the ghosts, then the story associated with this historical site in Delhi will give you goose bumps! Another thing that will grab your attention are the various holes in the Chor Minar or the tower of thieves. Can you judge the reasons for so many holes there? Wait, till we uncover the secret behind them. The tower is said to be possessed by the spirits of the thieves who were punished here. They seem to cry all night within this 13th century minaret which is now cited as one of the most haunted and scariest places in Delhi.

The minaret was created by Ala-ud-din Khalji. He used to behead the thieves with spears and display the heads through the 225 holes present in the minaret. The horrific act is said to appear in front of the people who choose to pass by the site at night. 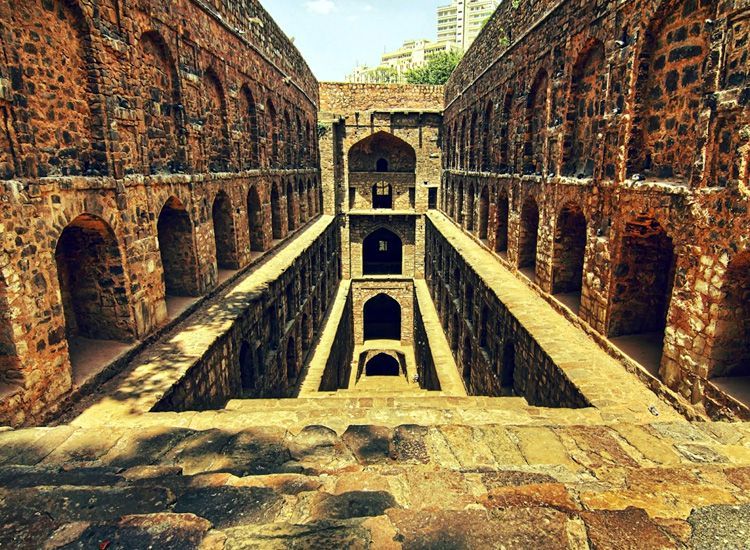 Agrasen ki Baoli is one of the top tourist attractions of Delhi. The popularity of this ancient step well is evident from the fact that it has been featured in many movies. Despite of the immense fame, the site is titled as one of the haunted places to visit in Delhi. As you try to descend more and more steps of the 3-level step well, you will start feeling there is surely something creepy. Once filled with water having black mystical powers, the well is now dried and is infamous for taking up a lots of lives in the past. Hey wait! Did you hear that weird sound?

The treacherous water at the well was believed to hypnotize people to step down into the well and commit suicide. The deeper you go, the disconnected you will feel from the outside world. A visit to Feroz Shah Kotla Fort will make you believe in jinns. The 14th century citadel dates back to the Tughlaq reign. One of the haunted forts in Delhi is supposed to be the abode of djinns. Repeated encounters of being thrashed or pushed suddenly have been observed by some people. Suddenly imbuing fragrances deepen the mystery behind the presence of the unearthly within the fort. The existence of the supernatural was first mentioned in the accounts of the William Darlymple. And from then and there, the place was tagged as ‘possessed’. The otherwise abandoned place, springs up with life on Thursdays when people gather here to light incense sticks and offer milk and grain. This is done in order to please the spirits.

Legend has it that upon refusing to bow down before Adam, Iblis, a djinn was casted out as devil. Another folklore says that Laat (pillar) Waale Baba, the head of the Kotla djinns, resides in the Minar-e-Zarreen. He is supposed to grant the wishes and hence people come here every Thursday with letters and their photocopies with wishes and problems written on it. A haunted place can be worshipped also! Strange, isn’t it? 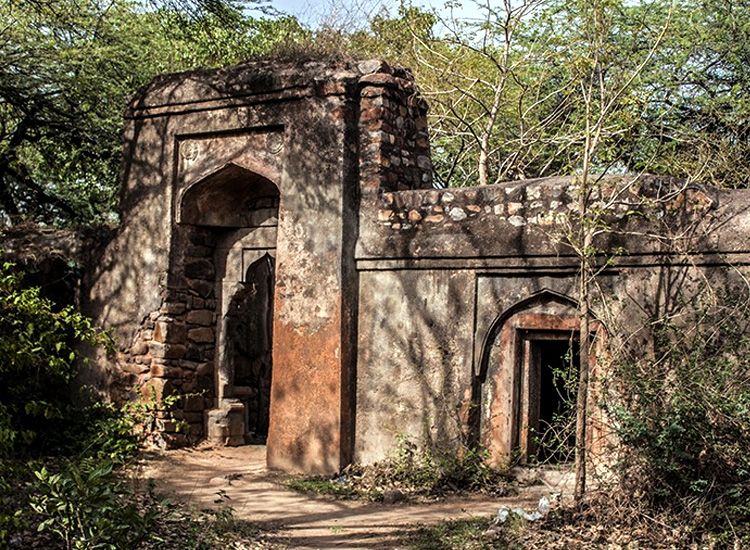 According to tales, a woman who lost her way is the reason behind a hunting lodge to be alluded as one of the most haunted places in Delhi. If you doubt so, then take a trip to Bhuli Bhatiyari Ka Mahal.  People say that they have heard strange whispers of men and women when the darkness falls. A signboard orders you not to enter the lodge after sunset. There are no gates to be locked but upon reading the board, many visitors still give a second thought before entering. There is surely something scary and suspicious at this historical site.

One story says that Bu-Ali Bhatti was the caretaker of the lodge. After being desolated by the abandonment by her husband she decided to spend the rest of her life here. Hence, even today her soul roams here. Another one mentions Bu-Ali Bhatti to be a Sufi saint who cursed this place. Interesting tale being the one in which a lady name Bhatiyari lost her way here and since then the place was famed as ghost-ridden. 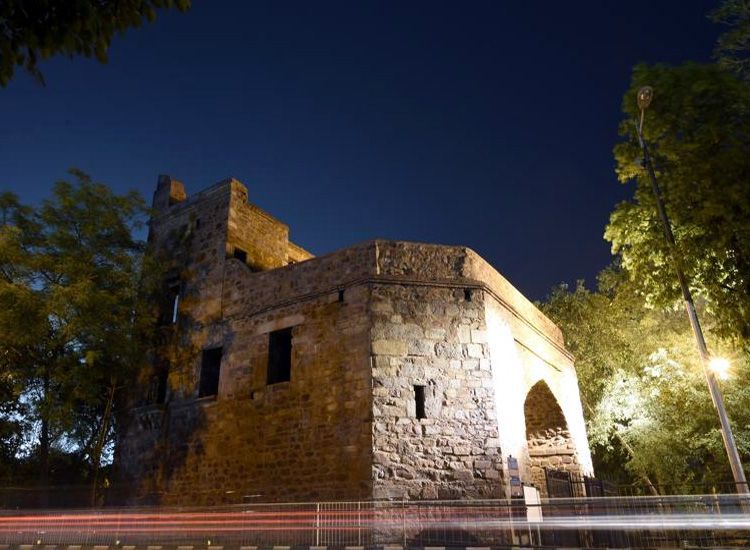 You might experience shivers running down your body after hearing that the spirits of sons of Abdul Rahim Khana-I-Khana, one of the navratnas of Akbar still wander here. Khooni Darwaza is not to be visited by the faint-hearted. A sudden rise in temperature, frightening screams and agonized cries make this historic monument rank amongst the top haunted spots in Delhi. Don’t be startled to see blur figures emerging through the walls and vanishing within seconds. Amidst all the uneasiness, a good news is that the ghosts are Indian-friendly and poke only the foreigners.

Flipping the pages of history, on gets to know that Emperor Jehangir ordered the execution of sons of Abdul Rahim Khana-I-Khana here. The dead bodies were left to rot at the gate. Another incident adds to the ‘bloody’-history of the gate. Aurangzeb beheaded his elder brother Dara Shikoh and displayed his head at the gate. The gate is also believed to be the mute witness of the bloodshed that happened in 1739. 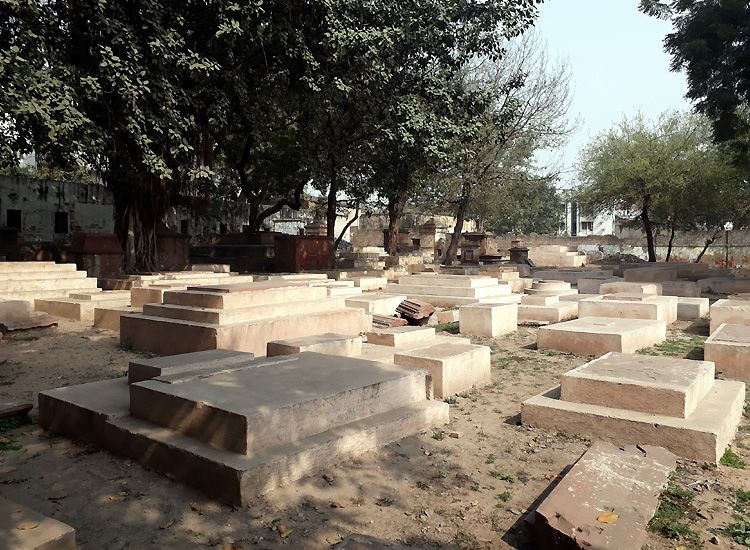 A Cemetery is titled to be as the ultimate place where one can rest in peace. The fear of death itself is enough to keep people away from any cemetery. But, what if we say that the Lothian Cemetery grabs the attention of many daredevils who boast of not being scared of ghosts? Known as the oldest Christians burial grounds, the silent and lonely graveyard recalls of the haunted past. Taking a walk nearby or through this haunted place in Delhi at midnight pose a challenge even for the courageous. It is on a full moon night that people have witnessed the ghost or Sir Nicholas with his head in his hands! Many of them say that they have seen a curious boy running here and there in the cemetery searching and asking people about his lost parents. Some of them have even heard anguish cries of the ghosts in anger whose graves were vandalized by the Britishers.

Sir Nicholas was ditched by her female partner and was heart-broken. He decided to commit suicide here. Thus, people say that he appears here every night reciting and mourning over saga of his incomplete love. It is also supposed that the cemetery was a Muslim burial ground but British people defaced the graves of the already buried people and created the space for their soldiers. This created a wrath amongst the dead souls. 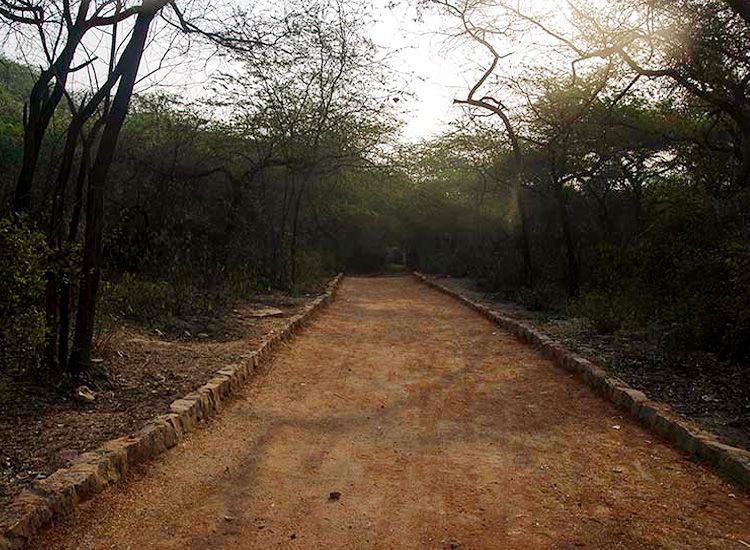 If it is the love for the other-worldly or even it is the anxiety to uncover what lies uncovered within deep dark woods, plan a picnic at the Sanjay Van. One of the many little-known places in Delhi, the forest houses numerous graveyards punctuated with broken ramparts and mausoleums of the Sufi saints. The otherwise a paradise for nature lovers turns into a nightmare when the sun bids adieu to the day. While walking through the lush green forest, you may feel that you are being followed by a woman. Yeah! She’s is there! Right behind you! Or you may dodge some children with evil laughs.

Some people have spotted ghosts lighting the candle under trees which is followed by saint walks along the path. Other believe that the place is haunted because of the presence of graves of 14th century Sufi saints in the backyard of the forest. 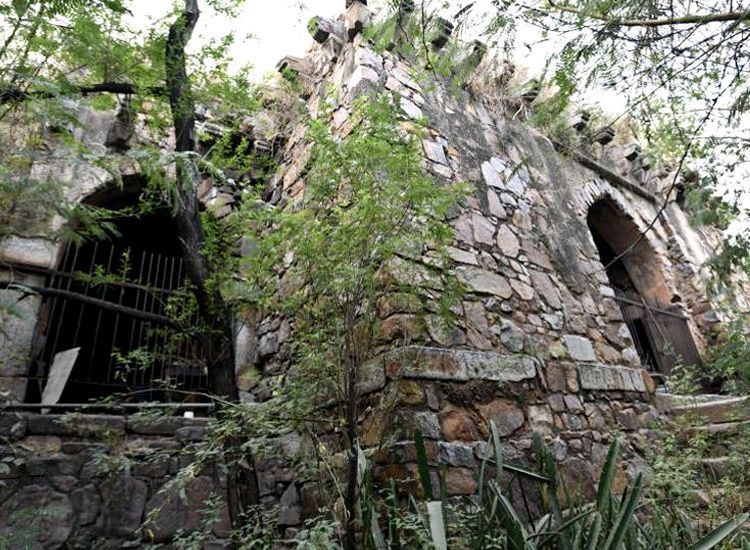 Also known as the Wilayat Mahal, Malcha Mahal was given to Begum Wilayat Mahal of Awadh. The Begum protested against the Britishers and years after winning the battle, committed suicide after consuming crushed diamonds. The suicide of the Begum who showed immense bravery gave birth to many speculations about the place. People go within the forest out of curiosity but come out pale and horrified or never even return. The thick forest and an invisible vibe of energy makes this place appear on the list of haunted places to visit in Delhi.

Apart from the story of the suicide of the Begum, there are incidents of many of the journalists who went within the forest and never came back. Thus, the place has an image of being one of the haunted places. Who will believe that Delhi’s got a haunted river as well? Have you ever felt that stretch of still water appears to be a bit creepy? The waters of the Khooni Nadi, one of the top haunted spots in Delhi, cast a magical spell that seems to allure you towards itself. Sounds of crying and other paranormal activities are common here. As per folklores, the river is cursed. But, the actual reason remains a mystery to be resolved. Many of the happenings that take place here are simply unanswerable. Anyone who wishes to go closer gets engulfed by a strong force.

Many people have committed suicide here. But, the question is whether they actually needed to commit suicide or was it something creepy which caused them to do so. The fact that not so fast and not so deep river can suck up persons is hard to believe.

There are numerous experiences and endless tales about various haunted places in Delhi, but lending credence to these folklore’s and incidents is up to you.