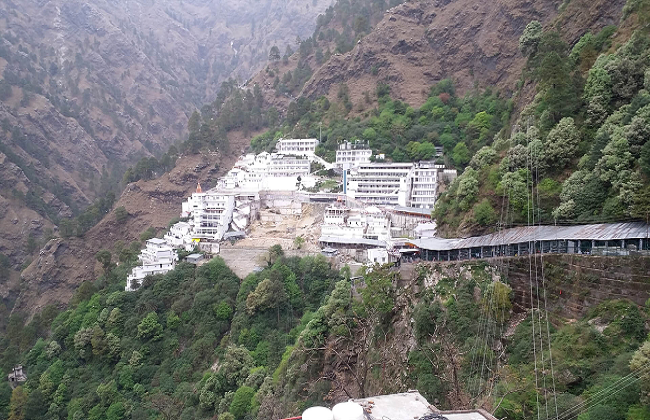 Last Updated on November 6, 2020 by Tusharika

Indian Railway will be resuming the service of Vande Bharat Express from October 15, 2020. The limit of pilgrims per day is also increasing from 5,000 to 7,000.

After the discussion with the Railway Minister, Shri Piyush Goyal; Union Minister Jitendra Singh has announced the resumption of the Vande Bharat Express train from New Delhi to Katra Vaishno Devi from October 15, 2020.

“As a follow-up to discussion with Railway Minister Sh @PiyushGoyal two days back, Ministry of Rly has announced the resumption of #VandeBharatExpress train from New Delhi to #KatraVaishnoDevi from 15th October. A huge relief & exciting information for pilgrims on the eve of #Navratri,” Mr. Singh tweeted.

Reviewing the Yatra arrangements for the Navratri festival commencing from 17 October, Chief Executive Officer of the Shrine Board, Ramesh Kumar said that the registration of the Yatra will continue to be done online to avoid people gathering at the yatra registration counters.

The services of ponies, pithus, and palkis will be allowed to operate on the track between Katra and Bhawan. Similarly, for the ease of the pilgrims, all other supplementary facilities such as battery-operated vehicles, passenger ropeway, and helicopter service will also be operating smoothly by strictly following social distancing norms, and other safety measures, he added.

The lockdown restrictions are lifting in a phased manner. Train services in the country, which were halted due to coronavirus in late March, are being resumed in a graded manner. And pilgrimage sites are also opening up all across the country by following the safety guidelines.

Safety guidelines of COVID-19 for tourists