The Humayun’s Tomb is one of the UNESCO World Heritage Site in Delhi, India’s capital city.  One of the inspirational architecture of its time, the design and layout has inspired many similar structures. Built in the memory of Humayun, by his Persian widow, Haji Begum, it was the first architectural construction built during Akbar's reign.

Built around 1562-1572 AD, Humayun's Tomb is one of the leading attractions of Delhi today, drawing thousands of visitors every day. Exhibiting a very obvious influence of Persian architecture that owes its origin to its Persian architect Mirak Mirza Ghiyuath, the mausoleum was built on the banks of the Yamuna River, next to the shrine of Sufi saint of Chisti Silsilah, Nizamuddin Auliya. A number of other Mughal luminaries are buried here like - Hamida Begum, Akbar's mother, Dara Shikoh, Shah Jahan's son and Bahadur Shah II, the last Mughal Emperor

The garden tomb, is in the UNESCO's list of World Heritage Sites for the architectural value and cultural significance. It is under the ownership of the Archaeological Survey of India. The tomb is an architectural masterpiece forming the basis of the definition of Mughal architecture that is characterized by high arches and double domes. The Tomb is maintained by the Aga Khan Trust that has to a large extent restored its lost glory to the tomb.

Much of the tourist attractions of Delhi surround the history of the Mughal dynasty, most of whom have shaped India as we see her today. One of these rulers is the charming and charismatic Mughal emperor Humayun, a capable ruler, whose life was tragically cut short by a freak accident when he fell down the stairs of the Sher Mandal Library. Built in memory of this charismatic ruler, the history of Humayun’s Tomb is an important part of the history of India as well as the history of Delhi.

The tomb was built in the memory of Humayun by his Persian widow Haji Begum who planned the architecture of the tomb after consulting with one of the most notable architects of her homeland, Mirak Mirza Ghiyuath. The architecture, which showcases a very prominent influence of the Persian style of architecture, is credited to be the first and the most important architectural endeavor of the reign of Emperor Akbar, often regarded to be the greatest of all the Mughal emperors. 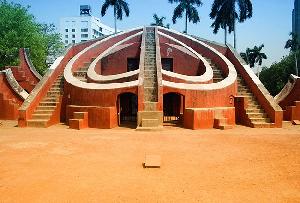 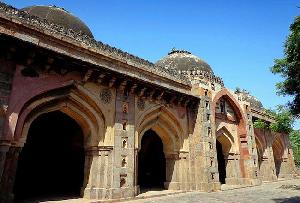