Weekend Getaway from Delhi to Badrinath 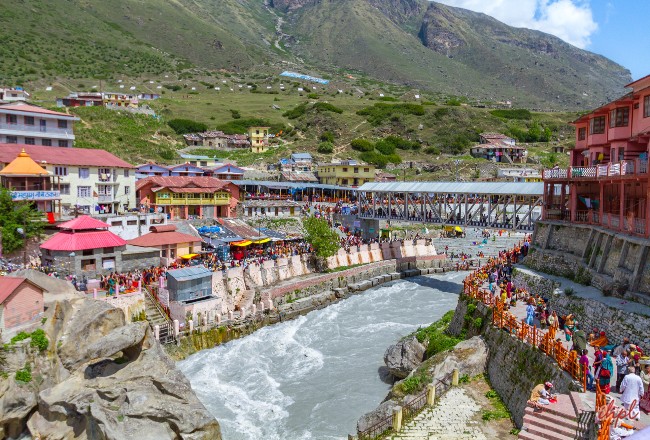 Snuggled between two famous mountain ranges, Nar & Narayan, Badrinath is situated in the Chamoli district of Uttarakhand. It is a part of the famous Char Dham pilgrimage in Uttarakhand and It is one of the most sought after destinations in India. The massive Neelkanth mountain peak serves as a scenic backdrop for Badrinath. The term ‘Badrinath’ means ‘the place where berries grow in abundance’. Legend has it that two sages, Nar and Narayan, performed severe penance to please Lord Shiva. Famous for the holy shrine of Lord Badri, this holy abode of Lord Vishnu is visited by people for its omnipresent spirituality and beauty.

How to Reach Badrinath from Delhi

Rishikesh train station is the nearest railway station to Badrinath. It is well-connected to New Delhi.

There are many public and private bus services from New Delhi, Rishikesh and Haridwar. Special deluxe buses are also available between Badrinath and these places. 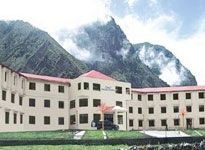 Closely associated with the legendry Pandavas, Vasundhra Falls, located in Mana village, is just 4 kilometers away from the main town. Enclosed by lofty mountain peaks, the cascade falls descend with a gushing sound from a height of 400 feet. There is a legend associated with Vasundhra Falls which says that it turns away tourists who are not clean at heart.

Nestled at an altitude of 3,133 meters, Badrinath Temple complex is a sacred pilgrim center and a part of the Char Dham pilgrimage. Dedicated to Lord Vishnu, Shri Badrinath Ji temple is 15 meter in height and is black in color. The main shrine is divided into three parts and the Garbha Griha features a statue of Lord Vishnu in a Padmasan posture. There is another shrine within the temple complex that is dedicated to goddess Lakshmi.

According to Hindu mythology, Lord Vishnu rests on a snake by the name of Anantha Shesha. Sheshnetra is a large stone which is marked with one eye of Sheshsnag and a remarkable holy site in Badrinath. There is a popular belief that Sheshnag guards the holy shrine of Badrinath.

A beautiful rock that holds the footprints of Lord Vishnu, Charanpaduka is located at a height of 3380 feet. It is believed that the picturesque ambience and the holy Darshan of Lord Vishnu can heal all the ailments and eradicate trouble of the devotees. There is a popular story that Lord Vishnu set his foot on earth through this point.

A flat stage on the banks of the Alaknanda River, Brahma Kapal Ghat is said to be the abode of Lord Brahma. It is situated around 100 meters north of the Badrinath Temple. There is a popular mythological belief that Lord Shiva cut the fifth head of Lord Brahma due to its habit of speaking ominous and disrespectful words. The head fallen here at Brahma Kapal.