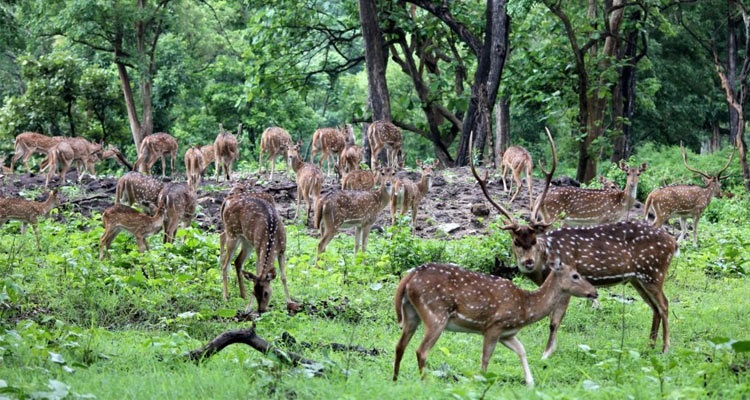 Tamil Nadu, a popular wildlife tourism destination in South India, fulfills all your travel-related fantasies. Aside from the magnificent temples and various architectural marvels, the state is a hidden gem in terms of wildlife parks and safaris. There is a wide variety of national parks and wildlife sanctuaries in Tamil Nadu, making it a biodiverse region. In addition, a beautiful corridor of lush forests is present in Tamil Nadu, where the Western and Eastern Ghats converge.

Nature gives us any emotion we may be looking for, including wonder, awe, peace, magic, excitement, and serenity. The government has further facilitated the search for enthralling locations by designating them as national parks or wildlife sanctuaries. Therefore, the following are the top national parks and wildlife sanctuaries in Tamil Nadu that you should think about visiting at least once:

The Nilgiri range is one of India’s most exotic hill stations in Tamil Nadu, aptly called the Blue Mountains, owing to the scenic views of the water and the sky from there. Perched on the Nilgiri hills is the quaint Mudumalai National Park, offering exotic flora, fauna, and a very hard-to-top climate. It is one of the best locations in India to hear the fearsome but breathtaking roars of the Bengal Tigers!

Giant elephants, nimble leopards, and ferocious vultures are a few other rare animals you might see in this area. On an elephant safari, you can interact with the elephant and take in its antics while traveling through the national park.

If you plan to visit this national park in Tamil Nadu, winter and the beginning of summer are the ideal times to visit Mudumalai. However, the best time to visit the location is from October to May. These months have a pleasant climate, giving visitors the best possible vacation. 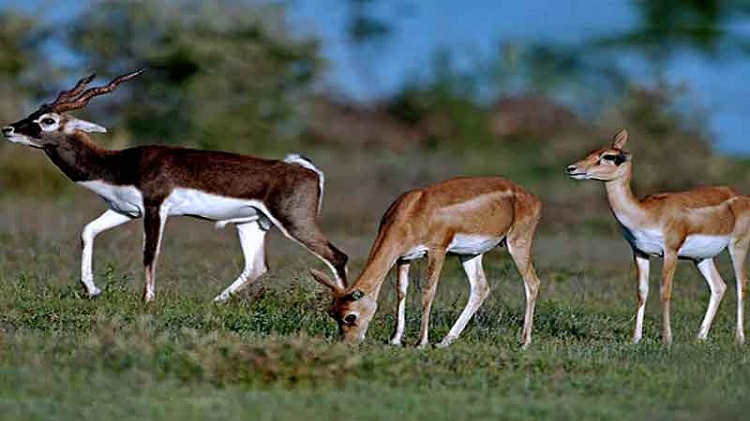 Vallanadu Sanctuary is one of the famous wildlife sanctuaries in Tamil Nadu. The Vallanadu Sanctuary is tucked away on a hilltop in Vailandu, Thoothukudi, Tamil Nadu. Thousands of tourists visit the sanctuary annually to see the wild animals and birds, particularly the blackbuck antelopes for which it was established as a sanctuary. Additionally, this Thoothukudi sanctuary is a must-visit because of the environment that allowed these antelopes to regenerate.

In addition to blackbucks, other equally fascinating wild animals include monkeys, wildcats, macaques, black-naped hares, vipers, rat snakes, jungle cats, and more. Also, one might be lucky to spot a jungle crow, a crested hawk eagle, sparrows, storks, herons, peafowl, and the horned owl, to name a few.

Birds from northern nations can also be seen here throughout the winter, which makes a trip to this amazing location even more worthwhile. The area also features several farms, the most well-known of which is the peacock farm. One can enjoy the incredible sight of peacocks dancing here. 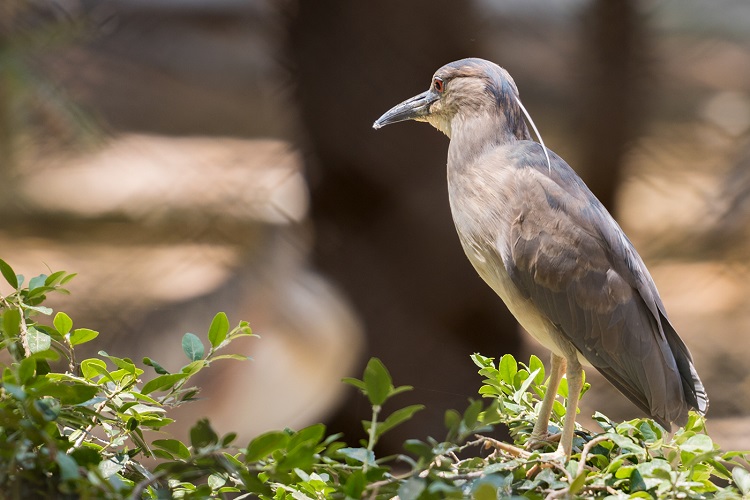 The well-known Guindy National Park in Chennai, Tamil Nadu, is one of its natural wonders. With a total area of 2.70 square kilometers, it is an excellent habitat for various animals in addition to the Coromandel Coast’s tropical, dry, evergreen woods.

The park, which the state government protects well, is ranked as India’s eighth-smallest national park. However, the National Children’s Park draws the attention of junior visitors and is located next to Guindy National Park. Another attraction in the National Park is Snake Park. 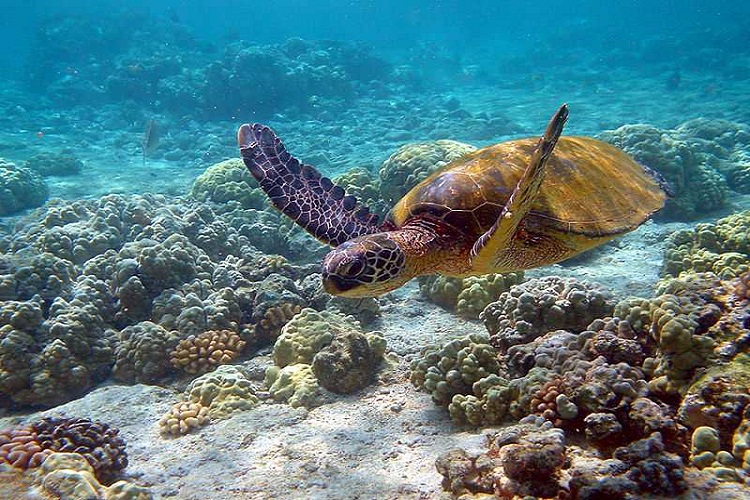 One of India’s most distinctive national parks is the Gulf of Mannar Marine National Park in Tamil Nadu. There are 21 tiny, stunning islands scattered throughout the Gulf of Mannar in the Indian Ocean, along with coral reefs and shallow water habitats.

As part of the Tamil Nadu government’s push for ecotourism, this national park serves as the main area for the Gulf of Mannar Biosphere Reserve. This national park is one of India’s richest maritime biodiversity sites. It is home to various plants and animals in its marine, intertidal, and even nearshore environments.

Three distinct water ecosystems, including coral reefs, mangroves, and seagrass, can be found in the park. In addition, there are diverse algae ecosystems and salt marshes in this national park. Numerous estuaries, woodlands, and beaches add to the park’s attractiveness. 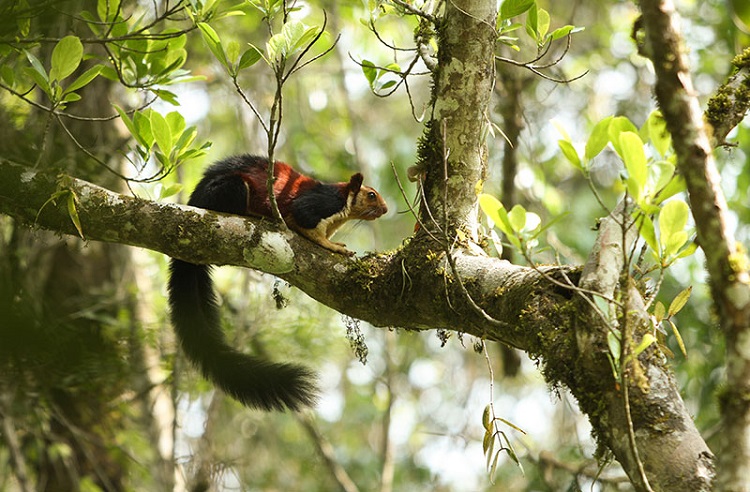 The second-largest wildlife sanctuary in Tamil Nadu, Kalakkad Mundanthurai Sanctuary, is situated in the Southern Western Ghats and is frequently considered a day trip from Tirunelveli and Kanyakumari. The park was established in 1988 to provide all wildlife enthusiasts with heartwarming animal encounters in Tamil Nadu. The Mundanthurai Sanctuary has been home to various amazing wild creatures.

Leopard, Sambar, Sloth Bear, Indian Pangolin, Mouse Deer, Tiger, King Cobra, Flying Lizard, Python, Monitor Lizard, and Pit Viper are a few of them. Mundanthurai Sanctuary is the ideal site to visit if you also wish to be astounded by rare feather species. While exploring Mundanthurai Sanctuary, these avian animals’ chirping and humming voices provide a bizarre and magnificent impression.

Several birds, including the Great Indian Hornbill, the Great Pied Hornbill, and others, can be found in the sanctuary’s avifauna. An approximate total of more than 150 plant species, 273 bird species, 81 reptile species, 77 mammals, 37 amphibians, and 33 fish species can be found in Tamil Nadu’s Mundanthurai Wildlife Sanctuary. 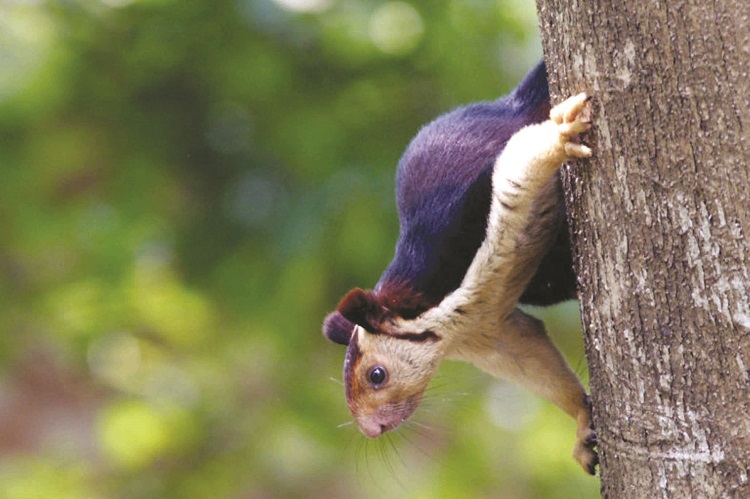 The Grizzled Squirrel Wildlife Sanctuary, also known as Srivilliputhur Wildlife Sanctuary, is home to the endangered giant squirrel Ratufa macroura. It is located in two districts, mainly in Virudhunagar District and partially in Madurai District, and was declared a sanctuary in December 1989.

The sanctuary, which covers an area of 480 square kilometers, is the meeting point of two different geographic bioregions in Kerala and Tamil Nadu’s Western Ghats. On the south and north sides, it borders the Mudumalai Reserve Forest and the Periyar Tiger Reserve, respectively. The Sivagiri Reserve Forest of the Tirunelveli Forest Division forms its southern border. 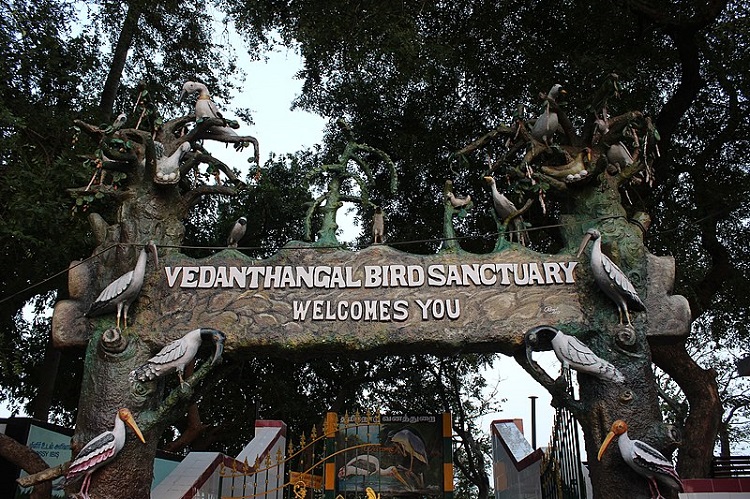 One of the best things about visiting Tamil Nadu is the opportunity to slink away in some of the nation’s most alluring wildlife refuges. Vedanthangal Bird Sanctuary is one of them. The sanctuary spans 74 acres of land in Tamil Nadu’s Kancheepuram District and is the ideal location for bird enthusiasts to sate their hunger for viewing beautiful and unusual feathered species.

Nevertheless, anyone may visit the sanctuary at any time of year. However, the best time to visit Vedanthangal Bird Sanctuary is between November and March if you want to see migrating birds because this is when many of them make this their home. 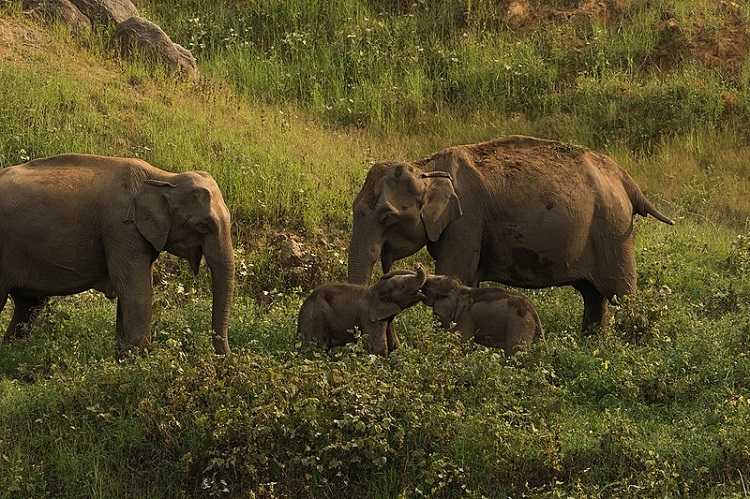 The Anamalai Tiger Reserve, also known as the Indira Gandhi Wildlife Sanctuary and National Park, is an exceptional tiger reserve that has offered reservation and protection to numerous endemic species of plants and animals.

Nearly 960 square kilometers of the bio-reserve is located at 2,400 meters above sea level and is divided into Indira Gandhi Wildlife Sanctuary (83249 Ha. area) and Indira Gandhi National Park (12610 Ha. area). Between Coimbatore and Kodaikanal, the reserve also overflows into the Western Ghats and traverses some of Kerala. 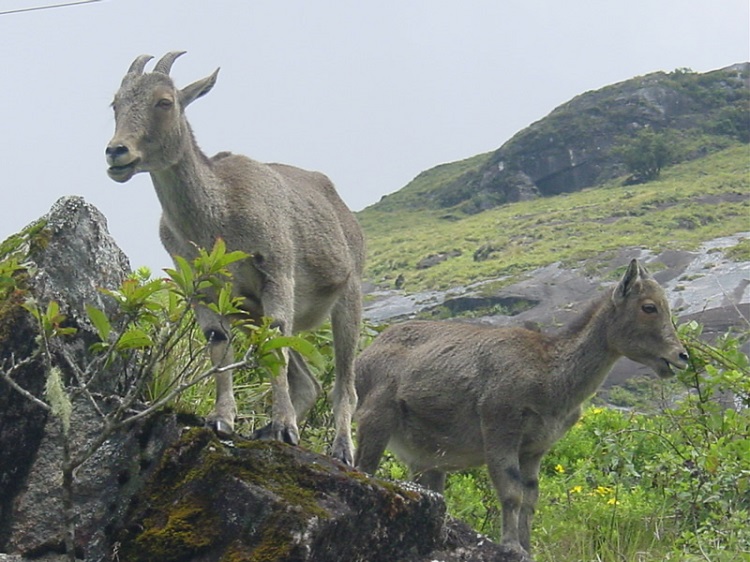 There is a unique relationship between this national park and another one in the Nilgiris. It was primarily constructed to safeguard the Nilgiri’s native species, the wild goat known as the Nilgiri Tahr. Although Mukurthi National Park does not allow casual tourists, it does offer a distinctive experience by enabling people to trek and sleep there.

In addition, the corporation’s appointed guide, who doubles as the cook, elevates the experience to a new level. This expert will explain folklore, point out safe berries to eat, show you where to find clean streams to drink from, and even forbid you from doing anything that would upset the wildlife.

Numerous hiking trips are frequently held within the Mukurthi National Park’s forests to raise awareness about the preservation of forests. The tallest peak in the area, Mukurthi Peak, the Moyar and Silent Valleys, Musimundo, Sipara, and other breathtaking locations are all passed through on these hiking routes. You’ll experience a new level of connection to the area! 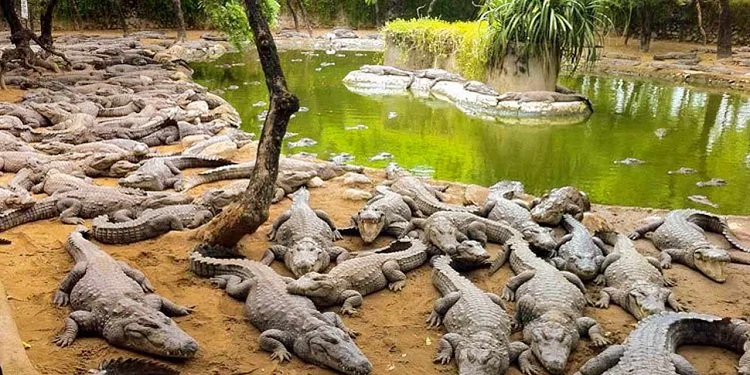 There is a fascinating location for wildlife lovers named Crocodile Park, around 40 km south of Chennai. However, the name “Crocodile Park” already gives away this zoo’s specialty. This zoo, which has 8.5 acres of land, is the largest crocodile sanctuary in India. It was founded in 1976 to protect India’s three endangered species of crocodiles: the saltwater crocodile, the mugger crocodile, and the gharial.

Since the center is home to one of the world’s largest collections of crocodiles and alligators, hundreds of people visit this location every year to gaze upon these mesmerizing reptiles. The zoo is delighted to hold more than 2,400 crocodiles, including 14 of the world’s 23 crocodile species.

The protected area is also home to 12 endangered species of tortoises and turtles, 5 species of snakes, including the king cobra and Asian water monitor, and numerous lizards, in addition to crocodiles and alligators.

It is simple to wonder how beautiful everything is as you glance at visuals on a screen. But imagine how much better it will feel once you visit the location! Always keep in mind that digital technologies can only partially fulfill your vision.

Your five senses will all come alive and provide a unique experience once you venture out into the wild. You will be hypnotized by the aromas of the grass, the mud, the rain, and the sounds of the birds chirping, the wind whistling, and the water splashing. So, book your Tamil Nadu package with Indian Holiday and experience life!

A writer by profession and a passionate traveler. Yashika loves interacting with people, exploring new places, and writing down her thoughts to create a sense of belonging. Reading the blogs she writes will astound you.