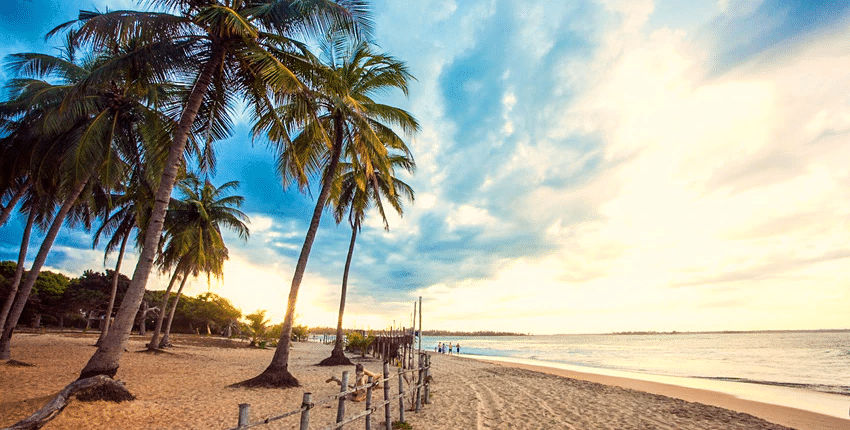 Quench your thirst for a good dose of Vitamin SEA at the powdery white sands and opaline waters of the top beaches in Sri Lanka. Firstly, it is the twenty-fifth largest island in the world by sea. Secondly, Sri Lanka has a 1,785 km (1109.1 mi) long coastline fringed with a multitude of powdery light golden sandy beaches. Thirdly, Sri Lanka has the essence of India.

As a result, many international jetters, salty hair nomads, and yogis flock to the shoreline of Sri Lanka for swimming, surfing, diving, and whale watching tours. Above all, the coastal belts of Sri Lanka – East Coast, West Coast, North, South Coast all are tourist-oriented.

From enjoying flamed-color sunsets to swimming in the calm opaline waters, we bring you the 9 Sri Lanka beaches from east to west, from north to south coast: 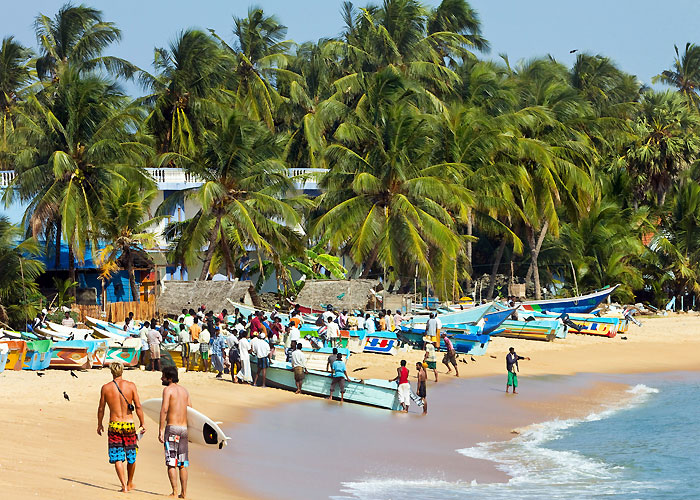 The moon-shaped curl of golden sands and the palm trees flanked around the coastline are just an exaggeration of this beach. Arugam Bay is one of the best beaches in Sri Lanka for surfing. As a result, international surfing competitions are held annually for novice surfers.

Its inner bay is well protected so even if you are not a novice surfer, enjoy swimming in the balmy waters. Therefore, from June to August, experienced surfers will love to surf on the biggest swells that go as high as 10 m.

In addition, Arugam Bay Beach’s surrounding areas are connected to the jaw-dropping national parks of Sri Lanka, like Yala National Park. Before or after a beach fun, plan a safari to Yala National Park close to Arugam Bay to spot the highest concentration of leopards.

Furthermore, Arugam Bay village has a road that runs parallel to the coast. As a result, the main strip of Arugam Bay is only 2 kilometers (approx.) long, and there are lavish boutique accommodations lined at the shoreline and chic eateries. 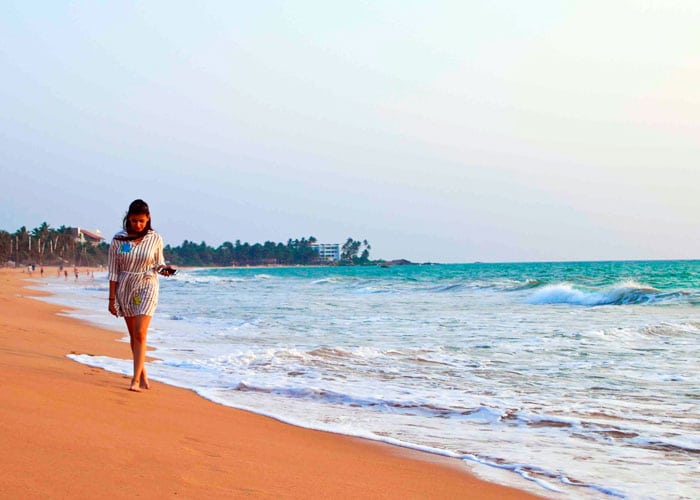 A long ribbon of golden sands and palm trees are Bentota Beach adjectives that personify its beauty. Bentota Beach is one of the stunning beaches in Sri Lanka for families because it is located within 2 hours from Colombo. Above all, this Sri Lanka beach is touted to be the sun and fun playground for locals and tourists alike.

In addition, there is an assortment of luxury Ayurvedic spa centers for full-body revitalization. Kids or couples will love swimming in the blue waters all year round, followed by unwinding their stress at the sunbeds.

Indeed a winsome Sri Lanka beach for couples and honeymooners, the southern end of this beach has graceful small luxury hotels for budget tourists. You will find Paradise Island at its northern end, whose land spit segregates the Bentota Lagoon shimmering waters and the Indian Ocean. A Bentota Ganga River glows behind the lagoon, where you must try windsurfing and waterskiing. 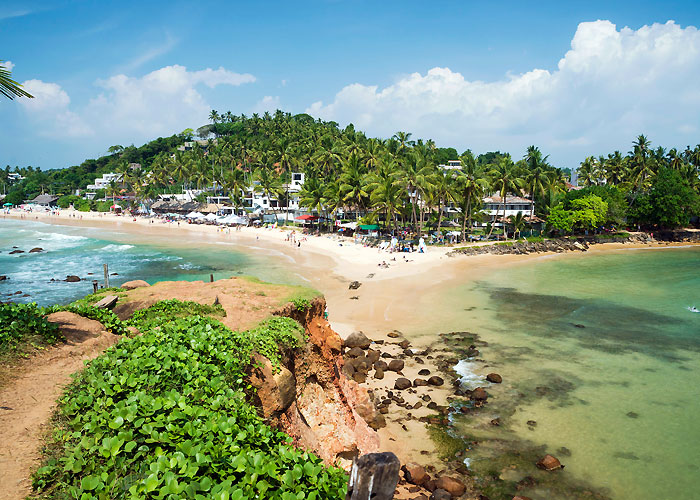 If you are looking to bask in the clean and well-maintained beaches on the south coast of Sri Lanka, look no further than Mirissa Beach. Its broad swathe of sand in front of the thick thickets of palm trees is inviting for leisure seekers.

Most importantly, Mirissa Beach has a crescent white sandy bay where dozens of wellness retreats, beach sidebars are dotted. In conclusion, Mirissa Beach is one of the biggest and busiest beach resorts on the South Coast during the Sri Lankan New Year celebration. Mirissa Beach is close to the Dutch Fort and the Port City of Gale.

Apart from mainstream water sports like swimming, surfing, and snorkeling, Mirissa Beach is known for its elusive marine wildlife. So go for the whale watching and dolphin excursion or watch the turtles laying eggs.

Even the night scenes at the thriving bar on the shoreline set the mood for booze and dining. Couples are advised to witness the flamed-colored sunset while strolling the coastline of Mirissa Beach. 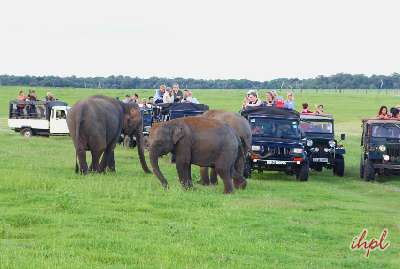 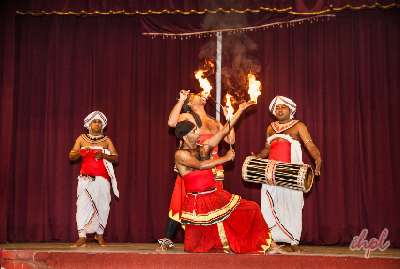 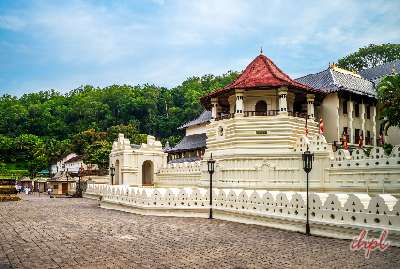 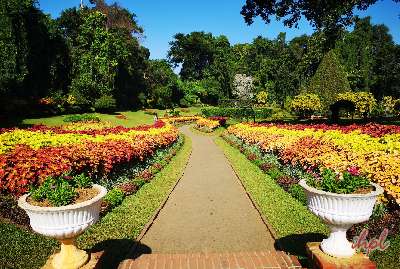 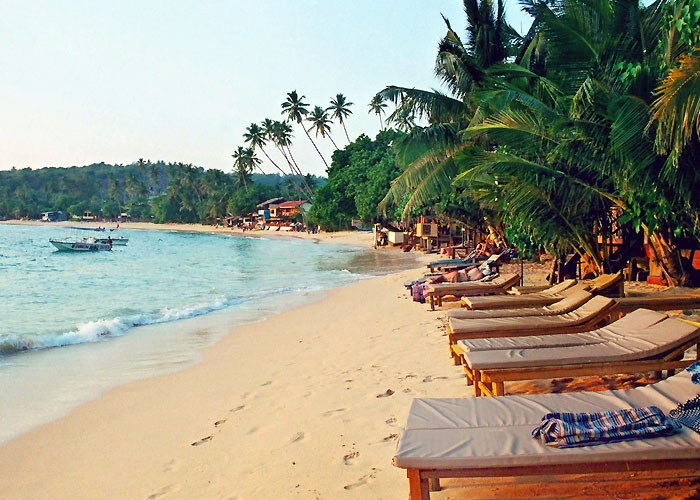 Hikkaduwa Beach has been touted to be the firm fixture in the Sri Lanka tourism map since the 1970s. But that is not the only reason why Hikkaduwa Beach is rated as one of the best beaches in Sri Lanka for friends.

This iconic beach near Galle and Colombo is ranked 2nd best surfing spot in Sri Lanka after Arugam Bay by international tourists. At the same time, here you can snorkel with the underwater marine creature as the reef is shallow.

In fact, Hikkaduwa Beach is beach-backed with dense foliage. So if your idea of vacationing in Sri Lanka with friends includes sipping drinks under the canopy of the swaying palm trees, you won’t get disappointed.

Also, head a couple of hundred meters offshore to enjoy snorkeling at the Coral Sanctuary. Not to mention, but the beach side bars, affordable to luxury beach resort accommodation, will force you to add a few buffer days in this former fishing village. Did we mention that the waves average reach hovers around 3 – 10 m (approx.)? 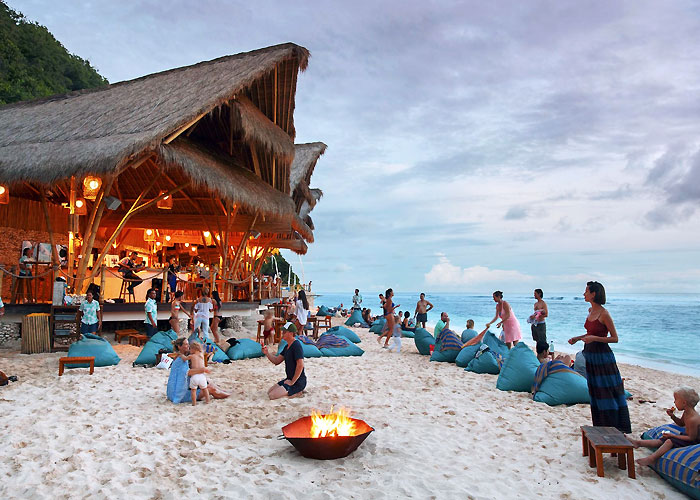 Firstly, imagine swaying in the tropical island vibe at the coconut palm tree rope swing! Secondly, think if it is possible in the jewel-shaped island nation or not. Now stop running your imagination because fancying yourself on the coconut rope swing is possible at the Dickwella Beach of Sri Lanka.

In conclusion, Dickewella Beach, close to Galle Fort, is one of the top Instagrammable beaches in Sri Lanka. Above all, dip your toes in the turquoise waters of the Unawatuna Beach and club thrilling watersports like snorkeling and surfing.

Couples will love to spend the evening after dusk under the palm trees wrapped with fairy lights for the meal while hearing the roaring sounds of the waves. Kids and their parents will enjoy a safe swimming experience throughout the year because of the offshore rocks that tear the waves.

But, we suggest you book your accommodation in advance because Unawatuna and its luxury resorts get overbooked soon, such is the hype of this beach. 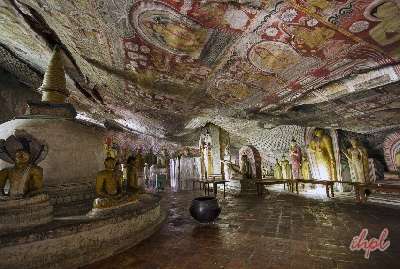 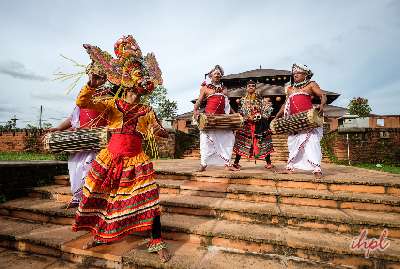 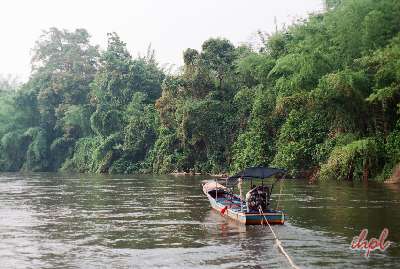 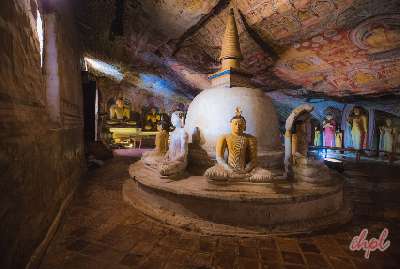 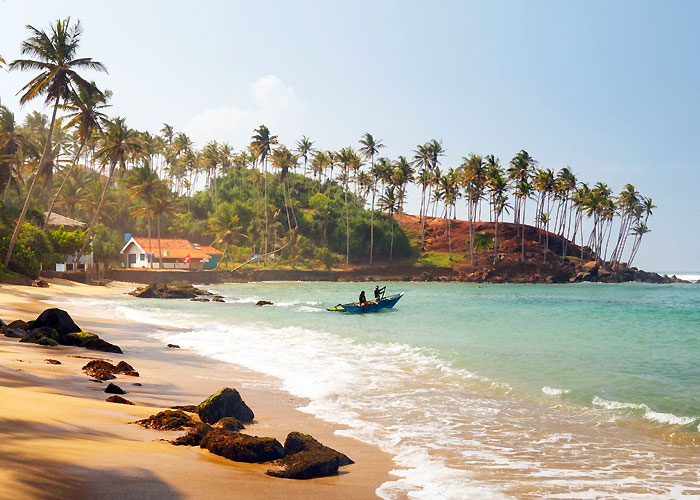 Those who are planning their Sri Lanka beach holiday between November to April should not miss the Negombo Beach near the airport around Colombo. Once you arrive in Sri Lanka, this beach on the west coast should be on your itinerary because of its hippie culture.

There are beach shacks that arrange musical evenings. Moreover, you find Negombo Beach as the cool cousin of Goa. However, swimming is not suggested at Negombo Beach due to strong undercurrents. Switch to canoe rides and kayaking on the lagoon of the beach.

But the shoreline of Negombo Beach is dotted with luxury hotels and guesthouses. Even more, plenty of chic eateries are open throughout the night. Therefore, Negombo Beach is one of the local’s favorite beaches of Sri Lanka for witnessing orangy sunsets.

When you are there, make sure you also don’t miss the flamed colored sunsets. Stroll the lively fish market at night to get the introduction to coastal Sri Lankan life. 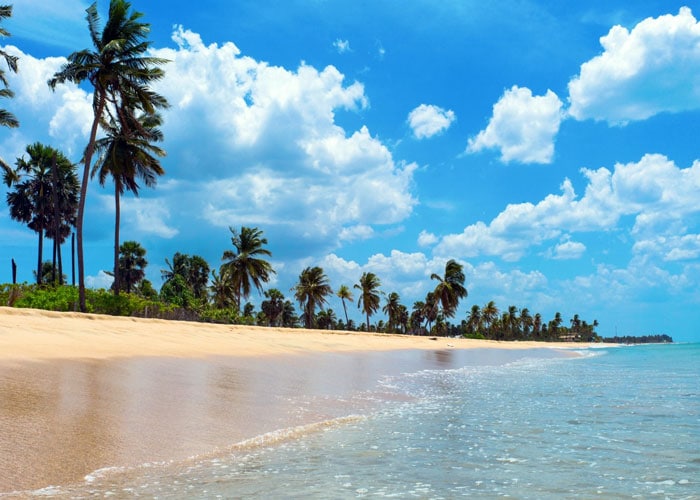 If you want snorkeling on an offbeat beach of Sri Lanka, visit Pigeon island and combine snorkeling with scuba diving too! You will find good budget-friendly accommodations around both the beaches, and locals are also very welcoming. If possible, choose to spend some time with the amiable locals in their homestays. 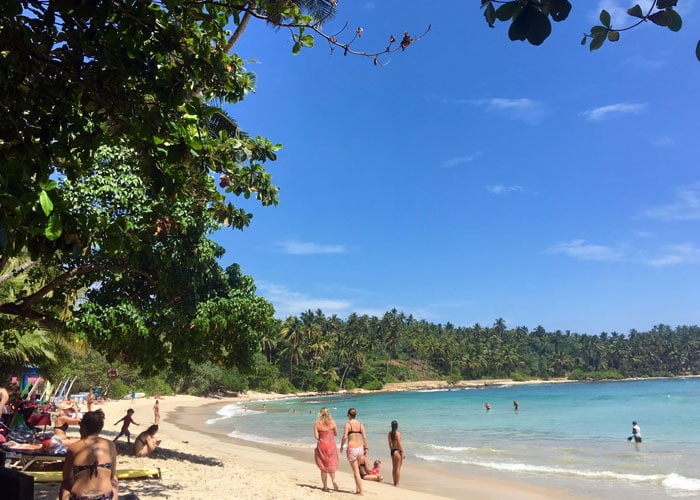 Hiriketiya Beach has the best hotels in Sri Lanka because of its stunning horseshoe bay shape lined by palm-fringed trees.

If you are coming from Unawatuna, tuk-tuks are easily available that will drive you to this scenic beach within 1 hour (approx.). Hiriketiya Beach has translucent waters, and swimming here is pretty much safe.

Also, surfing enthusiasts would love to sail on the water irrespective of their surfing experience. The shoreline of Hiriketiya Beach is dotted with chic cafes and budget-friendly luxury accommodations. 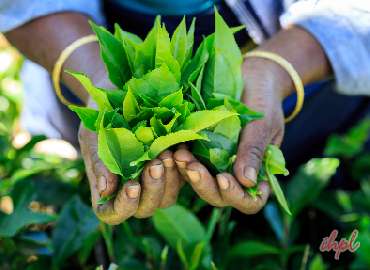 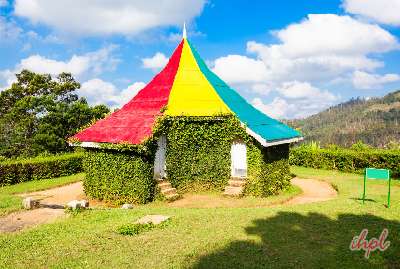 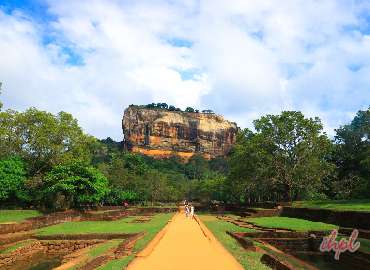 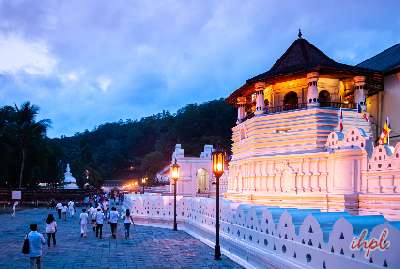 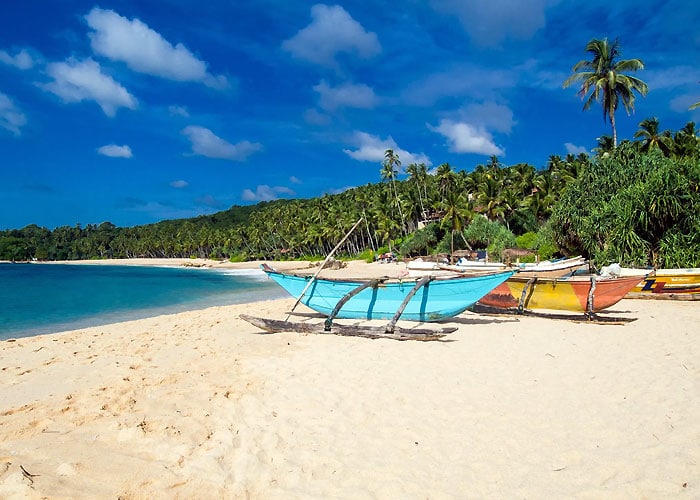 Wanna holiday on the South Coast of Sri Lanka at the Instagram-worthy beach? Consider dipping your toes in the balmy waters and the golden sands of Tangalle Beach. In addition, the beach sands are light and feature sharp contrast when compared with the dark blue waters.

At the same time, the combination of blue waters and the light golden sands set against deep green foliage makes Tangalle Beach the postcard-perfect beach of Sri Lanka for couples.

However, swimming is not suggested due to strong undercurrent and waves. Replace swimming and sunbathing with a break over a coconut drink at the small peaceful huts, cafes along the beach during the dusk hours to witness the orange hues of the sun.

The sight is breathtaking to behold as the Indian Ocean peacefully laps at the shore, and the seafront guesthouses, boutique hotels are the icing on the cake for family travelers, backpackers, and couples.

[ Plan your Sri Lanka Family tour with our exclusive packages. ]

Accordingly, calculate the best time to go to beaches in Sri Lanka. At the same time, the teardrop island nation of Sri Lanka in the Indian Ocean is positioned proximate to the equator. In conclusion, the temperature in Sri Lanka does not hover much and remains fairly constant throughout the year.

Even more, the coastal belts from east to west and north to south experience the average day time temperature around 26 – 30°C (approx.). As a result, extreme summers from June to August, the temperature soars up to 30°C (approx.)

Which Coastal Belt of Sri Lanka has the Best Beaches?

Particularly, the West Coast of Sri Lanka has strong hype when it comes to narrow down the top beaches in Sri Lanka because it is fully westernized and backed by a chain of luxury hotels.

While the South Coast of Sri Lanka is fringed by green foliage as there are wildlife parks, Buddhist shrines, colonial-style accommodations.

Whereas, the East Coast of Sri Lanka is off the beaten track but stunning to explore if you love less crowd.

While the North Coast of Sri Lanka belongs to the Tamil inhabitant Indians and is less on tourist radar due to political reasons.

Sri Lanka has 2 monsoon seasons, and its rainfall pattern on the coasts varies vastly. The Southwest Coast of Sri Lanka welcomes the Yala Monsoon (Southwest monsoon) in the southwest coast and west coastal belt between April/May till September. As a result, beaches in Sri Lanka and the resorts around them offer discounts on accommodation from April to June, the wettest period on the southwest coast.

Surprisingly, preceding the Maha monsoon from October and November, the inter-monsoon period of unsettled weather brings heavy rainfalls and thunderstorms anywhere around the entire island, regardless of which coast you are holidaying at.

Book Sri Lanka Tour Packages through Indian Holiday, available from all the major cities of India: