Brahmotsavam, the Hindu festival is an auspicious festival celebrated every year at the Tirumala Venkateswara Temple at Tirupati in Andhra Pradesh. According to legends the origin of this festival is associated with Lord Brahma. It is believed that once Lord Brahma worshiped Sri Balaji at the catchment area of the holy Pushkarini River to thank the Lord for fortification of mankind. The festival derives its name from Lord Brahma since it was Lord Brahma who first conducted this festival at Tirupati temple.

“Brahmotsava” which literally means “Brahma’s Utsavam”. The festival is celebrated with great zeal during the month of October. The celebration of the  Brahmostsava is performed over nine-day period. On the very first day of the festival “Anurarpana” ritual is performed along with the celebration of Shri Vishvaksena. The “Anurarpana” ritual signifies fertility, abundance and prosperity. During all nine days of the festival various religious activities like homas and daily processions were various idols of the god are taken out different chariots (vahanas)  present in the temple.

The importance of this festival can be known by the fact that every year thousands of devotees flock in Andhra Pradesh to be the witness of this majestic festival. They enjoy participating in the various rituals conducted during the nine days to seek the blessing of Lord Venkateswara Swami. The devotes assimilated to take part in the auspicious festival often term the experience as a heavenly connect and blissful (“ Vaikunth Anubhav”). firstly Gurudadhwaja Festival is hosted near Srivari Alaya Dhwajasthambham. Then a procession dedicated to Lord Venkateshwara proceeds on Pedda Seshavahana and covers four streets of the temple. This goes on for two hours until midnight. During this festival it is believed that the mighty snake alter itself as the vehicle for God. The main reason for celebrating this festival is to pray to God for providing a life which is filled with high values and morals.


All events & festivals in Andhra Pradesh 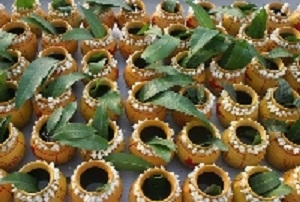 Nirjala Ekadashi 21 Jun
All Over India 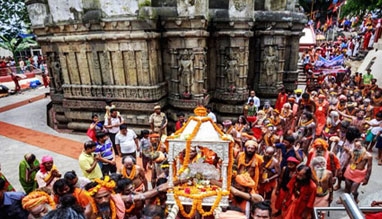 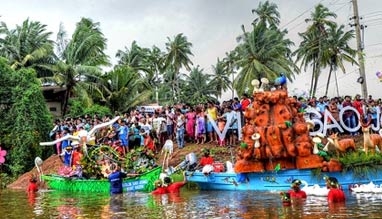 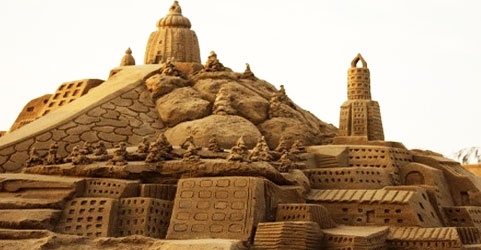