Boat Racing is one of the foremost cultural attractions in beautiful Kerala. In God's Own Country, many regattas are organized each year. Many people enthusiastically participate in this aquatic event, not just as participants but also as viewers. The Aranmula Boat Race is held in Kerala with great enthusiasm and vigor. Aranmula Boat Race in Kerala is one of the most enticing things to enjoy for locals and tourists. You can witness the blend of playfulness and culture that will blow your mind. For more information, check out the below details and you can also contact our tour experts.

History of the Aranmula Boat Race

According to legend, a devotee was once carrying offerings for Lord Krishna. Unfortunately, his boat was looted. This broke his heart, and God himself appeared before him to give him consolation. He was advised to make larger boats so that they could be rowed by several men and could easily make their way through the water. This is how the snake boats originated. The people of Aranmula even believe that on the day of the race, the boat possesses and shares some of the attributes of God.

Description of the Aranmula Boat Race in Kerala

The boat race in Aranmula is held on the River Pampa. A temple dedicated to Lord Krishna and Arjuna is located at Aranmula. The boat race takes place in the vicinity of this Parthasarathy temple. The banks of the Pampa River are overcrowded, with people keen on witnessing this impressive event.

The small hamlets on the banks of the Pampa Rivers are the contestants of this boat race. But it would be more appropriate to term it as part of festive celebrations rather than as a competition. Of course, winning brings a lot of joy to the villagers, but there is no fierce rivalry between them.

4 helmsmen, 100 oarsmen, and 25 singers are seen in these 100 ft long snake boats or Chundan Vallams. The atmosphere is exhilarating when these boats start moving to the finish line. The songs, as well as the shouts and cheers, fill the air. Finally, the joyous excitement of the crowd reaches its high water mark.

Watching the ornamentally decorated boats racing through the water is a visual treat. They are beautifully adorned with golden laces, colorful flags, and lavishly decorated umbrellas. The rowers are also dressed in the same attire - spotlessly white dhotis and turbans.

When is the Aranmula Boat Race in Kerala celebrated?

The Aranmula Boat Race begins each year on the last day of the Onam festival. It lasts for two days. 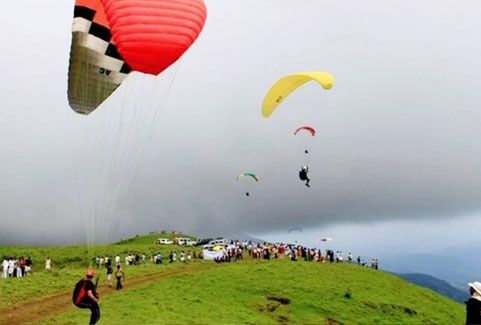 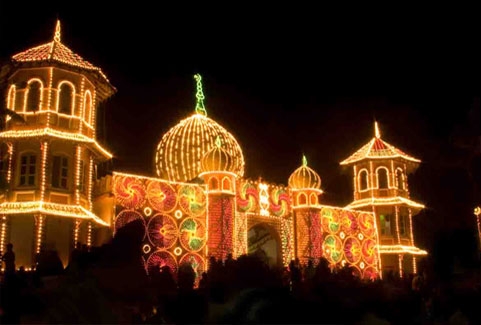