Dwijing Festival in Assam enters its 3rd edition this year. The 12-day festival starting from December 27, 2019 to January 7, 2020 will promote river tourism along with rural tourism, the main attractions of the state. In a recent press conference held at Guwahati, Minister of Tourism, Chandan Brahma announced the festival dates from 27th December’2019 till 7th January’2020. 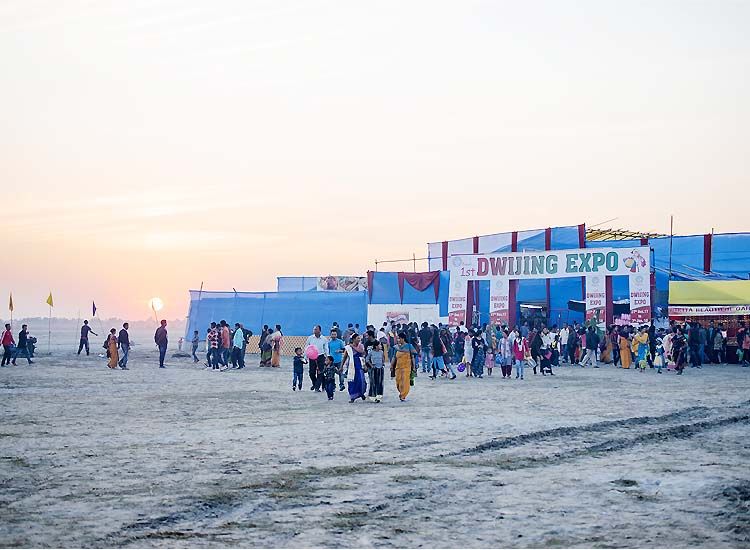 The 12- day event celebrates the beauty, culture, heritage and delightful experiences. It is held on the banks of River Aie at Hagrama Bridge, the longest rural river bridge of the state. The river is known as ‘mother Goddess’ flowing through Chirang and Bongaigaon districts in Assam. Originating from the Himalayas from Bhutan, the river is a major source of economy as well as beauty in the region. The event aims to promote River Tourism in Assam as well as rural area of Bodoland Territorial Council (BTC).

Started in the year 2016-17, Dwijing Festival was previously known as “Aie River Winter Festival”. It was held on the bank of river Aie in the Chirang district of Bodoland Territory (BTC). Later, the name was changed to ‘Dwijing’ that also means ‘river bank’. Today, the festival is the annual river festival of Assam and even the North East India. The site of Hagrama Bridge, the longest rural river bridge of the state further increase the number of visitors.

The annual extravaganza of Dwijing Festival have a number of excitements. Various activities, display of ethnic food and culture, adventure activities, ethnic games and more will be a part of the festivities. The festival will focus on promoting State Tourism. The River Aie has great potential in becoming one of the major tourist spots in the state as well as North East India. The festival and other such activities aims to harness the potential.

In fact, Assam Tourism Development Corporation (ATDC) leaves no stone unturned to promote the festival on national as well as international scale. Chairman of ATDC, Jayanta Malla Baruah said that the 2018-19 edition will have a popular artist line-up, in addition of events planned to attract crowds from all parts of the country.

Also, there are promotions, publicity and propagation on a large scale to make Dwijing Festival a success.