The upcoming Delhi – Mumbai Greenfield expressway is all set to offer better connectivity between the two metropolises. But the highlight of this ambitious project is the introduction of wildlife crossings or animal bridges which will provide safe passage for wildlife across the expressway.

As per the reports, these bridges will be made to look natural over the corridor. There will be five such bridges on the expressway to ensure smooth movement of animals. There will be a boundary wall of 8 m, wherein noise barriers will also be installed. These overpasses designed keeping in mind not to disturb the environment and wildlife section that comes up on way of over 1,200 km long expressway.

A source said, “There will be no chance of any conflict as the wild animals will get such passage at every 500 meters interval. The passages will be developed as part of a forest corridor with trees so that animals find it natural.”

Reportedly, these passes will ensure that the Ranthambore Wildlife Corridor, connecting Ranthambore and Mukundra (Darrah) wildlife sanctuaries, are not disturbed. The plan has been approved and forwarded by the Rajasthan state government to the central wildlife board.

The NHAI (National Highways Authority of India) is keen to project it as a sustainable model of development and for mitigation of the wildlife-human conflict by building these wildlife crossings in India also referred to as animal bridges and ecoducts.

Some of the Most Stunning Wildlife Crossings/Animal Bridges across the World:

Wildlife Bridge Over an Autobahn In Germany 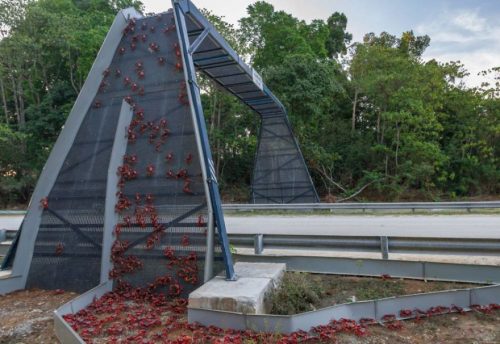 A storyteller, a writer at heart and by profession; I am fond of weaving words to create a bond between the brand and audience. Being an avid reader, a dedicated blogger, and a keen traveler; I bring you not just words but emotions and experiences.