Located in the heart of Bundelkhand, Jhansi is one of the important tourist places in Uttar Pradesh. The name Jhansi has become synonymous to the Rani Lakshmi Bai, but apart from that there are a number of tourist places in Jhansi.

Jhansi is famous in the world map for its forts and palaces that remind us of the valor and struggle of the bygone era. During the Sepoy Mutiny, it was in Jhansi that Rani Lakshmi Bai, Tantya Tope and Nana Sahib planned the struggle of the 1857 revolution.

One of the major tourist attractions in Jhansi is the Jhansi fort. Situated atop a rocky hill it was built by Raja Bir Singh Ju Deo in 1613. In the year 1858 the British handed over this fort to the Scindias. Tourists can get an excellent panoramic view of the city of Jhansi from the ramparts of the fort. On your tour to Jhansi you can visit this Jhansi Fort and know more about the history of Bundelkhand.

The Jhansi Museum is also one of the important tourist places in this city. Located in the Jhansi Fort, this museum gives you an insight to the history of Jhansi and Bundelkhand. Besides this in this museum you can also get to know more about the Chandela dynasty who ruled Jhansi during the medieval period. The Jhansi Museum is a storehouse of different artifacts of the bygone era. It houses weapons, statues, dresses and photographs that represent the Chandela dynasty.

The Rani Mahal of Jhansi is one of the most interesting tourist spots in Jhansi. This is the palace of Lakshmi Bai. One of the architectural marvels of Jhansi it has carefully treasured the remnants of the past era. 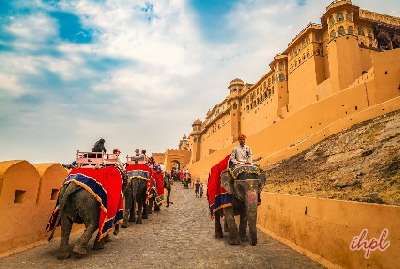