Are you an expert Yoga practitioner or simply a novice curious about the secret behind this ancient Indian but now universal holistic exercise? Well, The International Yoga Festival or IYF 2017 is beginning in just about a month. Find all that you want to know, in the following words, about this amazing spiritual and physical action about to take place in one of the holiest sites in India.

Pack your bags and get ready to charge your body, mind and spirit by attending this incredible event. 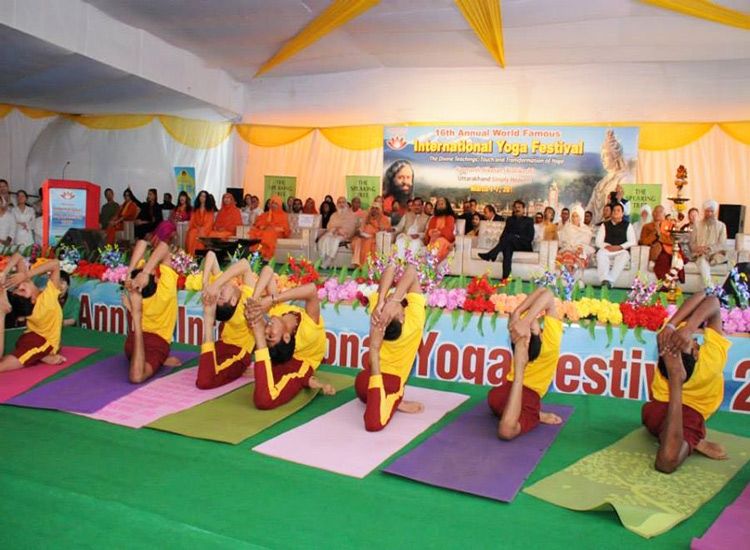 What is International Yoga Festival?

International Yoga Festival is a great opportunity to know, understand and practice yoga in one of the most auspicious and favorable locations in the world and under the guidance of most apotheosized holy men and Yoga experts from around the world. This one week long annual event is attended by yoga enthusiasts, spiritual seekers and curious aspirants from across the world who come together to create a great spiritual extravaganza and practice yoga for the benefit of their physical, mental and sacred existence as well as experience the essence of Indian philosophy and spirituality.

When International Yoga Festival will be held in 2020?

International Yoga Festival has a fixed schedule and like previous years the Festival will take place from March 1 to March 7 in 2020.

Where International Yoga festival is organized? 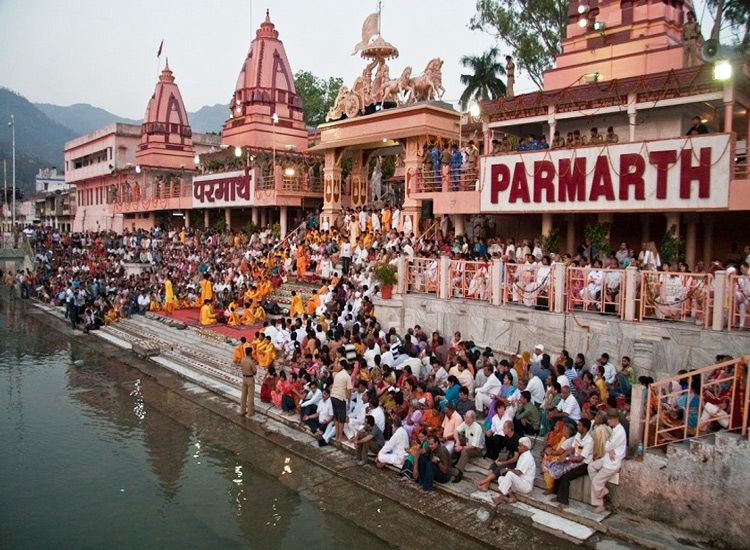 The eagerly awaited International Yoga Festival is organized at Parmarth Niketan Ashram in Rishikesh. Located on the banks of the sacred Ganges in the midst of mystical and holy settings, the ashram has been kept visited by many learned men, saints and sages since long and has acquired significance as an important center for moral and spiritual uplifting of pilgrims and visitors coming to Rishikesh.

It is also the largest ashram in Rishikesh and is surrounded by abundant greenery as well as elegant gardens on the bank of holy Ganges in one of the sacred Hindu cities in the world. The ashram is run by H.H Pujya Swami Chidanand Saraswati who is holding the baton from the ashram for the mission of inter-faith unity and inculcating moral values in youth around the world.

Yoga, as a medium for achieving union with God through the practice of various bodily postures as well as regulation of breathing and mind, can be practiced by anyone irrespective of religion, race, nationality and gender. Therefore, to forward the cause of peace and unity in the world and to help people accomplish physical health and tranquility of mind, International Yoga Festival is organized as a great opportunity bringing together seekers from diverse backgrounds under a single roof to reap its benefits.

What are the accommodation and other facilities at the location? 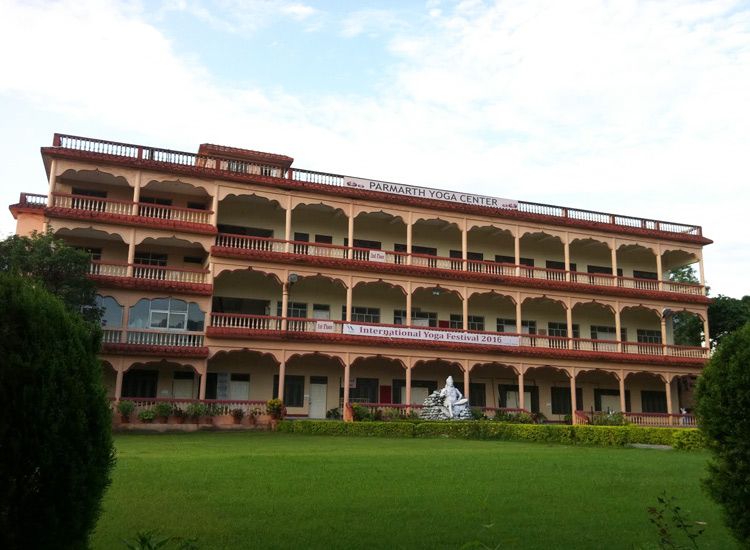 The ashram is equipped with all the modern amenities and features over 1,000 rooms. The rooms are organized in residential blocks with their respective reception area. There is availability of hot water in each room while other facilities along with accommodation include laundry service, safe drinking water, and medical as well as internet and telephone facilities.

Overall, the ashram has a wonderful, spiritually charged ambience and the atmosphere is cool and peaceful. The rush and roar of Ganges flowing nearby adds to aura of the place and makes it even more sublime.

How is International Yoga Festival celebrated? 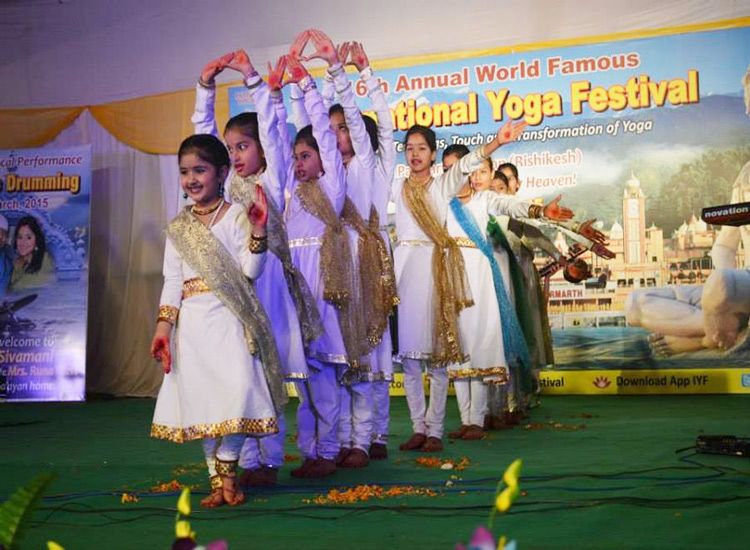 International Yoga Festival endeavors to change the lives of thousands of people around the world though the practice of genuine Yoga techniques and from the masters drawn from prestigious Yoga institutions, around the world. During the week of the festival, over 70 hours of Yoga classes are organized and different styles of Yoga like Power Vinyasa Yoga, Kundalini Yoga, Kriya Yoga and Iyengar Yoga are practiced.

Visitors are taken through a strict schedule so that the benefits drawn are maximum. Besides, devotees are also treated to priceless words of wisdom from a number of revered saints, who are present at the venue during the festival.

To entertain the guests, several cultural programs such as songs and dance events are also organized in the evening which also include the daily Arti or invocation on the bank of river Ganges, which looks magical at the backdrop of the setting sun.

Who will be the presenters at the International Yoga Festival 2020? 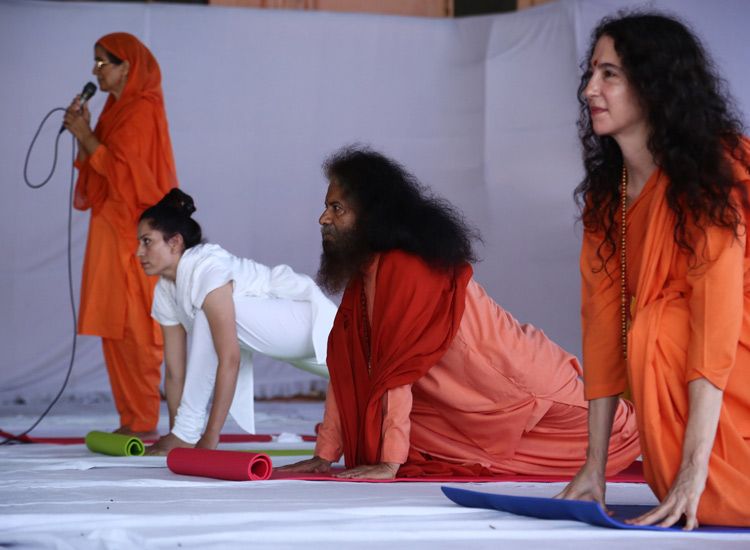 International Yoga Festival due to its broad dimensions assumes universal importance and appeal and a number of exalted personalities as well as experts in their respective fields adorn the venue as presenters and guest speakers. These personages, from national and international locations share their cumulative experience for the benefit of the visitors. Some of the presenters during IYF 2016 are H.H Pujya Shankaracharya Swami Divyanand Teerthji, Swami Ramdevji, H.H Pujya Radhanath Swami ji, Gurmukh Kaur Khalsa, Sharon Gannon, Dr. Vandana Shiva, Padmashri Bharat Bhushan, Dr. Fharzana Siraj, Akira Watamoto and many others.

What is the significance and importance of Yoga in life? 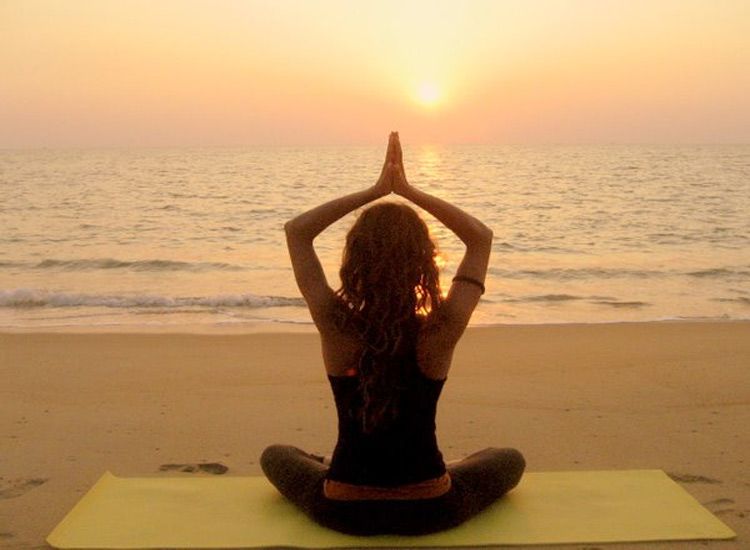 Yoga, the age old Indian science and tradition has been described by many as the elixir of life. This science was initially written down by the sage Patanjali, who carefully laid down the minute rules and techniques of the activity. Yoga was primarily developed as a medium to attain unity with God through the method of disciplining body by the way of different yogic postures and breathe control.

However, those still not advanced in the process have also found Yoga highly beneficial for their holistic health and the results have correspondingly and consistently proven this fact. Yoga not only helps in improving muscular flexibility and maintaining overall fitness but it also acts as an effective cure for a number of other ailments such as blood pressure and depression.

The benefits of Yoga have changed many a lives, around the world in this way. International Yoga Festival is a great opportunity to garner these benefits and make a smooth introduction of Yoga in one’s life.

16 Best Places for Camping in Uttarakhand 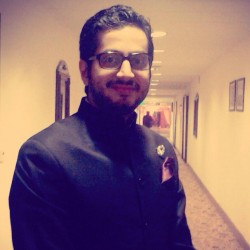 Mayank Chawla
Born in New Delhi, India, Mayank grew up admiring, perceiving and then embracing the vastly complex, colorful and paradoxical nature of the Indian Society, which further led him to accommodate and appreciate the tremendous diversity of world. This admiration brought him to travel writing to share his thoughts and personal experiences with readers and travel enthusiasts at large to make them enjoy the wonderful beauty of the world as he sees it.

Born in New Delhi, India, Mayank grew up admiring, perceiving and then embracing the vastly complex, colorful and paradoxical nature of the Indian Society, which further led him to accommodate and appreciate the tremendous diversity of world. This admiration brought him to travel writing to share his thoughts and personal experiences with readers and travel enthusiasts at large to make them enjoy the wonderful beauty of the world as he sees it.