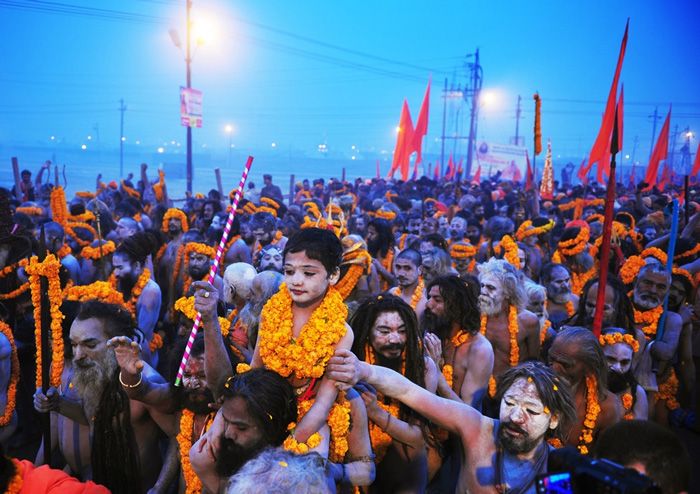 Kumbha Mela is known as “the world’s most massive act of faith.” Every 12 years at four designated holy places (Ujjain, Allahabad, Nashik and Haridwar), pilgrims gather up for the sacred event. The tremendous faith of devotees and the overwhelming numbers are mind boggling. Echoing the chants of ‘Har Har Mahadev’, saffron clad sadhus, thousands of pilgrims, come to scared city during the Ujjain Kumbh Mela also referred to as Simhasth Kumb Mahaparva.

Located on the eastern bank of River Shipra, Ujjain is a divine place of Lord Mahakal. The auspicious days of Kumbh are the blessed time to take a dip and bathe in the waters of River Shipra. The river waters are considered to very holy. It is believed that the bathing in these waters frees the bather from their past sins (karma), and thus becomes eligible for liberation from the cycle of birth and death and attains Moksha. 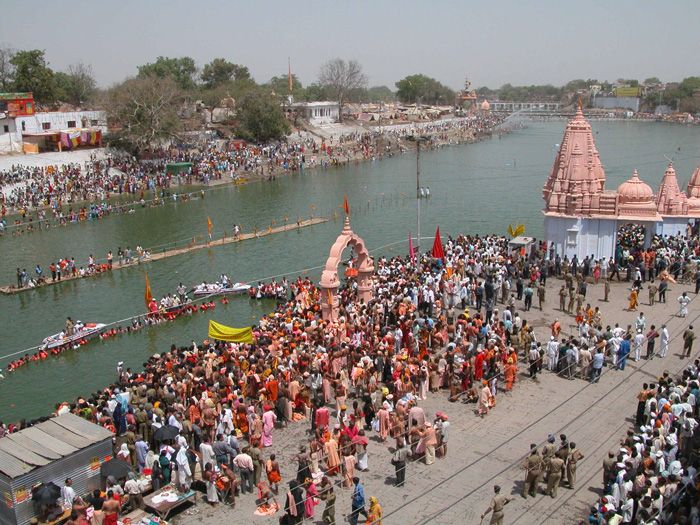 Kumbh derives its name from the immortal Pot of Nectar. Described in ancient Vedic scriptures known as the Puranas, there is a tale from the bygone days of how the nectar of immortality was obtained. The account goes that the Devas (demi gods had lost their strength by the curse of Durvasa Muni. Afraid and rid of powers they approached the Tridev (Lord Shiva, Brahma and Vishnu). They suggested to churn the Ksheer Sagar (Ocean of Milk) that lies in the celestial region of the cosmos. The herculean task needed a lot of effort therefore the Devas made a mutual agreement with the demons to complete it in full and share the nectar of immortality in half.

For the task of churning the milk ocean, the Mandara Mountain was used as the churning rod, and Vasuki, the king of serpents, became the rope for churning. With the demigods at Vasuki’s tail and the demons at his head, the churning began. At first, the churning of the milk ocean produced a deadly poison (Halahal) which Lord Shiva drank and saved the universe. Many hurdles and 1000 years later, Dhanwantari appeared with the Kumbh (Pot) of immortal nectar in his hands. The demigods, being fearful of the demons’ ill nature, forcibly seized the pot. Demons, after learning that their part of the agreement has not been kept, chased after the demigods. The chase lasted for 12 days and 12 nights. During this chase, a few drops from the Kumbh fell at four places, Allahabad, Haridwar, Ujjain, and Nasik and are since believed to have acquired mystical powers.

Because 12 days of Gods are equivalent to 12 years for humans; the Kumbh Mela is celebrated once every 12 years in each of the four places. Devotes gather for holy bath in banks of river Godavari in Nasik, river Kshipra in Ujjain, river Ganges in Haridwar, and at the Sangam of Ganges, Yamuna, and Saraswati in Allahabad, where the drops are believed to have fallen. Millions of devout, come together to partake in ritualistic bathing and ceremonies to cleanse themselves of all sins.

Pilgrims and Hindus look up to Kumbh Mela with highest esteem. Devotees believe the Mela’s duration to be the golden opportunity to liberate themselves from sins of life. A holy dip in the sacred water washes away all the sins committed in the past. One can also pave the way to attainment of Moksha. The waters are holy as the nectar of the Kumbh has sanctified it. People come from different parts of the country come to Ujjain to be a part of this sacred ceremony.

The Ujjain Kumbh Mela is known as Poorna Kumbha or Simhatsha Kumbha Mela. The occasion happens once in 12 years. It is believed the celestial positions of the planets are similar to the holy occasion of Samudra Manthan. During the festival, the Guru (Jupiter) and the Sun are in the zodiac sign Scorpio (Vrishchik Rashi. Devotees and sadhus come together for the shahi snan. A dip in the sacred River Shipra during the festival has divine connections. After taking a dip, all pilgrims visit the temple and bow before the Lord Mahakalesvara, the ‘Lord of all times’. Ujjain Kumbh Mela 2016 starts with the first snan on the full moon day of 22 April. The holy event lasts for almost a month and end with the full moon day on 21st May. When Guru (Jupiter) planet and the Sun are in the zodiac sign Scorpio (Vrishchik Rashi), Kumbh Mela is celebrated at Ujjain. Ten holy days of bathing are included in the divine celebrations. The Purnima (Full moon day), month of Baisakha, bright fortnight, the brihaspati (Jupitor) in Leo, the sun in the arise (Mesha Rasi), vyatipata yoga, moon in the libra (Tula rasi), holy Ksetra Avantika and pious Monday are the most prominent days to take a dip in the waters and be free of sins and the cycle of life.

[Plan your Ujjain Kumbh Mela with this 2 Days Tour Package]

How to Reach Kumbh Mela Venue in Ujjain?

Ujjain does not have its own airport. The nearest airport is the Devi Ahilyabai Holkar Airport in Indore at a distance of 57 kilometers. The airport is connected to major parts of the country by regular flights. From the air terminal, regular buses and taxis commute to the city.

Ujjain is connected to major parts of the nation with the Indian railway network. The Ujjain junction is just 1 km from the main city. Taxis and rickshaws are readily available to take you to the city from the station. 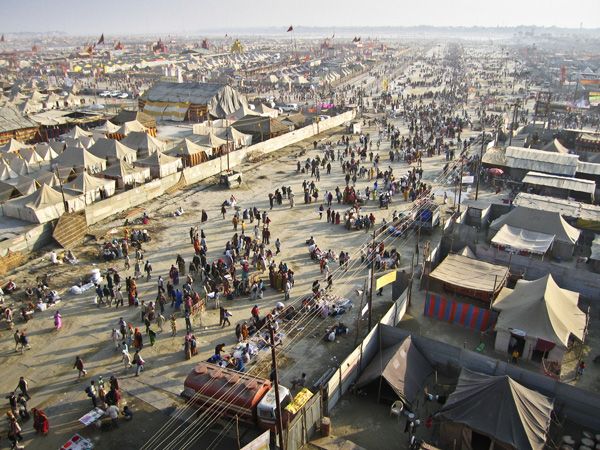 During the Kumbh Mela, Ujjain is extremely populated by visitors. There are more than enough options for accommodations. Visitors can stay in Kumbh mela camp with basic amenities or a comfortable budget hotel or a luxury hotel. For hassle free bookings of accommodations book Ujjain holiday packages.

Ujjain has its share of distinct food culture and shopping extravagance. The presence of ethnic communities of Malwa region have lent their unique presence in the culture and traditions which fascinates all visitors.

Dos and Don’ts for visitors.