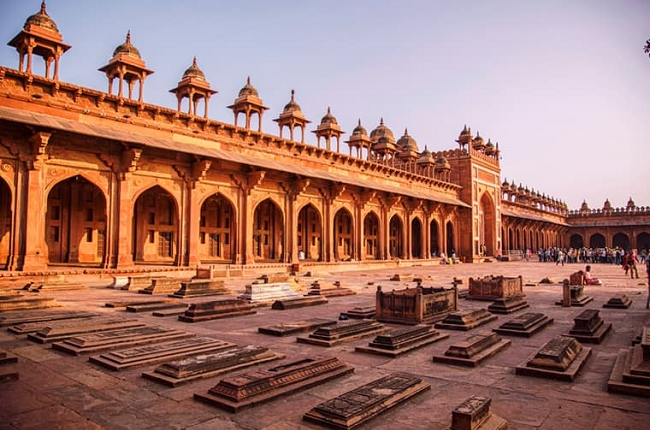 It simply translates to ‘you will find the entire nation in Uttar Pradesh’. And that is absolutely true!

The Land of Ram, Lord Krishna, the Buddha, and one of the Seven Wonders of the World, Uttar Pradesh is a culturally rich state. It transcends all boundaries of art and tradition and brings together people from all around the country.

Widely known for its handicrafts, royal feasts, and kebabs, this Indian state boasts of religious fests. Not just this, it has massive expertise in the fields of dance and music, and is home to one of the first classical dances of India, Kathak.

Without bragging about the place anymore, let’s find out which places you should visit on your next trip to ‘Soul of India’. 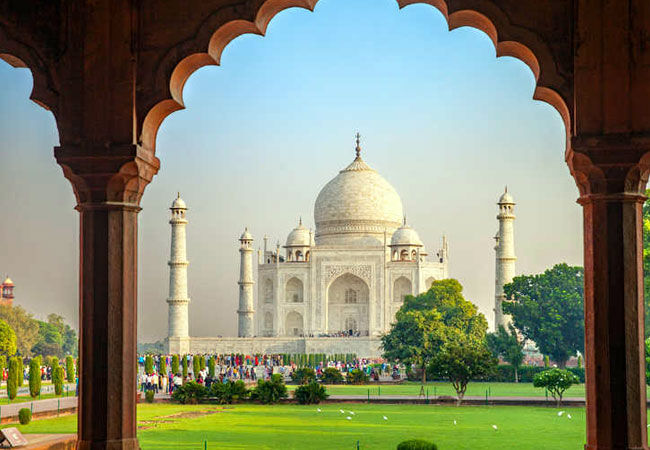 This beautiful song by Canadian singer, Sam Roberts sums up the Agra we have known. Apart from being one of the Seven Wonders of the world, the Taj Mahal has two UNESCO World Heritage sites. Millions of tourists visit this city for its rich history, architecture, and delicious petha. It is one of the most populous cities of Uttar Pradesh and a part of the tourists’ favorite – Golden Triangle.

Things to do in Agra: Savour lip-smacking delicacies, soak in the spirituality at Jama Masjid, take a nature walk at Taj, enjoy the sunset at Yamuna river, shop at Kinari bazaar, and enjoy the Mughal era at Kalakriti Dance Drama Show.

[ Plan your trip to Agra with Indian Holiday ]

Varanasi – The holiest place for Hindus 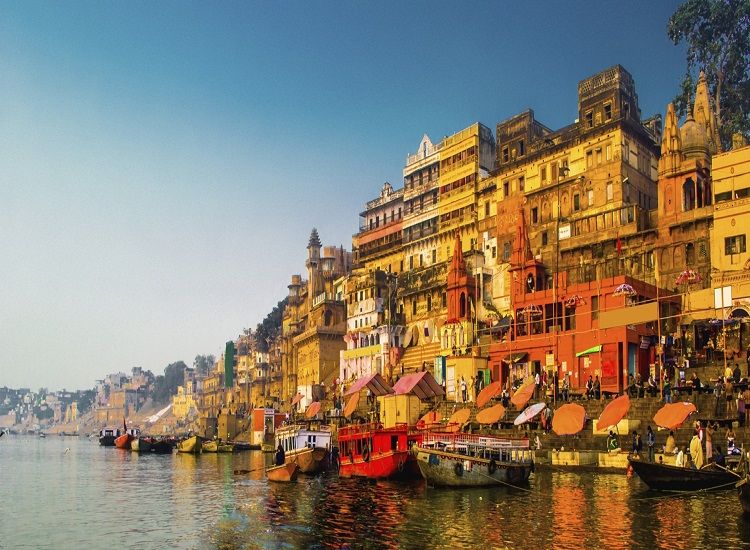 Want to feel the spirituality of India at its best? Visit Varanasi in Uttar Pradesh. With continuously inhabiting people for some 2,800 years, it is one of the oldest cities in the world. This holy place for Hindus is believed to break free of the cycle of rebirth and unite with the divine upon death. Do not forget to visit the Banaras Ghats – a series of giant steps that lead to the holy river, Ganges. Many people come to this city to wash away their sins in the river followed by a fire-fueled prayer at night. It is a crowded city with narrow lanes that every traveler must stroll through for an authentic experience.

Things to do in Varanasi: Boat ride at the Ganges, Ganga Aarti, try Bhang from Godowlia, and relish mouth-watering foods.

Also Read: 11 Must Things to do in Varanasi

[ Plan your trip to Varanasi with Indian Holiday ] 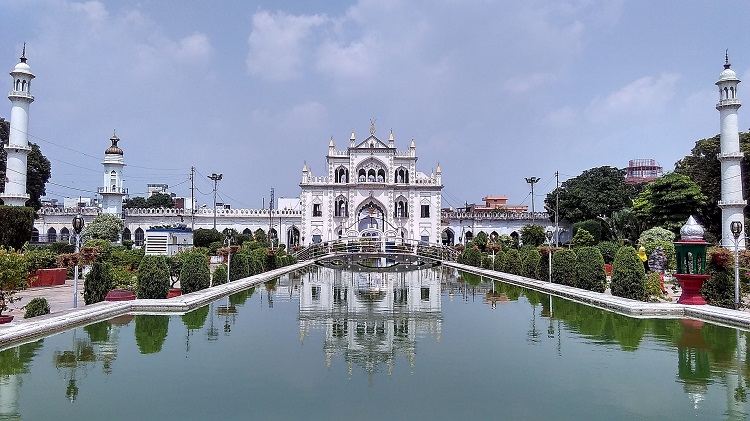 The land of Tunday Kababs, Nihari, and Tehzeeb, Lucknow is the capital city of Uttar Pradesh. There is more to this place that you have probably heard. Step into the city’s rich history, culture, and tradition. On your trip to Lucknow, take your time, and admire the treasure of cultural diversity.

From historical buildings to the Nawabs of British architecture, every corner of Lucknow has something from the days of yore. Not only this, the city is known for its music, poetry, embroidery to technology, finance, and pharmaceuticals. Discover the charm and hospitality of heartwarming people and lifestyle here.

[ Plan your trip to Lucknow with Indian Holiday ]

Home of some of the most famous Hindu, Jain, and Buddhist temples, Sarnath lies around 15 km from the city of Varanasi. It is one of the most popular pilgrimage sites in India. Millions of pilgrims visit this place to seek blessings at its ancient temples.

Sarnath is also an important city as Buddha first taught Dharma here. Tourists must visit the popular attractions in the city as well as plan an excursion to Singhpur. It is the place where the eleventh Tirthankara of Jainism, Shreyasnath was born. Just like Varanasi, Sarnath is also one of the oldest cities in India, which makes it one of the must-visit places to visit in Uttar Pradesh for Buddhism and Jainism.

Things to do in Sarnath: Witness the majestic Bodhi Garden, visit places where Buddha rests in peace, enjoy Buddha Purnima celebrations (in May), and savor the local food. 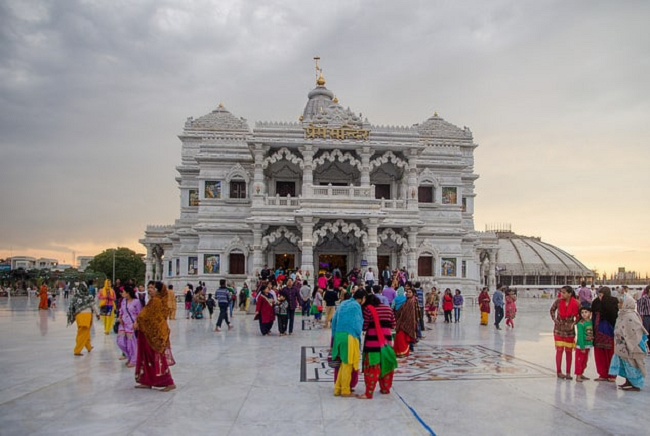 Vrindavan is filled with Lord Krishna’s childhood memories. His Raas Leela with his love Radha is captivated beautifully in the small city of Vrindavan. The architecture of temples like Banke Bihari temple and Rang Nath Jee Jee temple displays the wealth and glorious tales that have lived in for ages in India.

Dotted with several historical sites, this city attracts numerous devotees from all around the country. The intricate temples and well-manicured gardens make this place one of the best places to see in Uttar Pradesh. If you are looking for a refreshing change, visit Vrindavan for its admirable location and peace of mind.

Things to do in Vrindavan: Stroll Vrindavan and interact with the locals, soak in different shades of color at the Holi festival, participate in the largest festival in Vrindavan – Brahmotsavam, relish the most delicious pedas, and enjoy the melodious rhythms of kirtan at ISKCON Vrindavan.

[ Plan your trip to Vrindavan with Indian Holiday ] 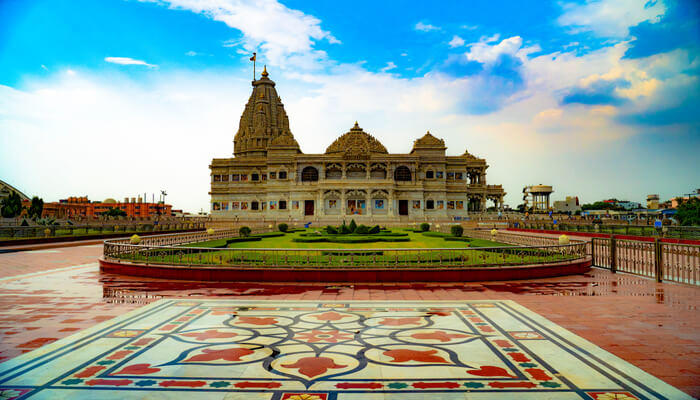 Jai Kanhaiya Lal ki! The Janmabhoomi of Lord Krishna, Mathura is dotted with beautiful temples and religious structures. It holds a deep cultural heritage that is formed through thousands of legends and myths. No wonder, it is known as one of India’s seven holy cities by Hindus. The charm of Mathura fascinates Hindu pilgrims from all parts of the country and beyond. An array of sacred temples, religious places, famous landmarks, and serene ghats make Mathura a surreal beauty that is hard to find elsewhere.

Things to do in Mathura: Dip in the holy waters of Kusum Sarovar, indulge in photography at Kesi Ghat, trek to Govardhan Hill, and witness the craziness at Lathmar Holi.

[ Take a look at our exclusive Mathura tour packages ]

Fatehpur Sikri – The City of Victory 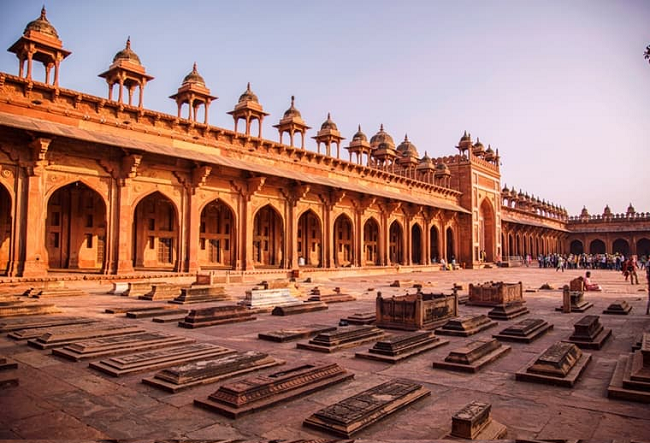 A testimony to several tales of glory, Fatehpur Sikri gives you an insight into the rich heritage and history of the Mughal empire. It was mysteriously abandoned soon after Akbar left. It is now regarded as one of the finest examples of Mughal architecture in India. This red sandstone city served as the capital for 10 years before being abandoned in 1610. Apart from this, Fatehpur Sikri is an architectural marvel exhibiting unique forms and styles.

[ Plan your trip to Fatehpur sikri with Indian Holiday ] 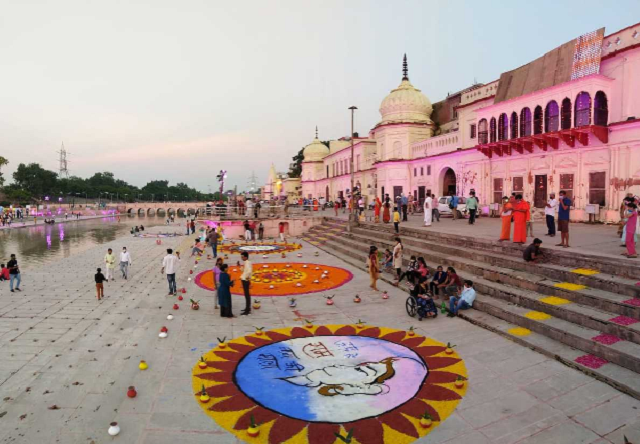 The ‘Festival of Lights’, Diwali began in Ayodhya. People lit several diyas and candles when Lord Ram returned from his exile of 14 years after slaying Ravana. Ayodhya has been described as a ‘City built by Gods’ and is considered one of the most sacred places for Hindus in India. You will find mentions of this city in various stories including the epic Ramayana. Not only Hinduism, but the influence of Jainism, Buddhism, and Islam in Ayodhya makes it one of the must-visit places in Uttar Pradesh.

Things to do in Ayodhya: Witness Ram Leela (late-September and October), participate in Ram Navami celebrations (April), stroll through the shopping markets, and do not forget to buy idols of Lord Ram. 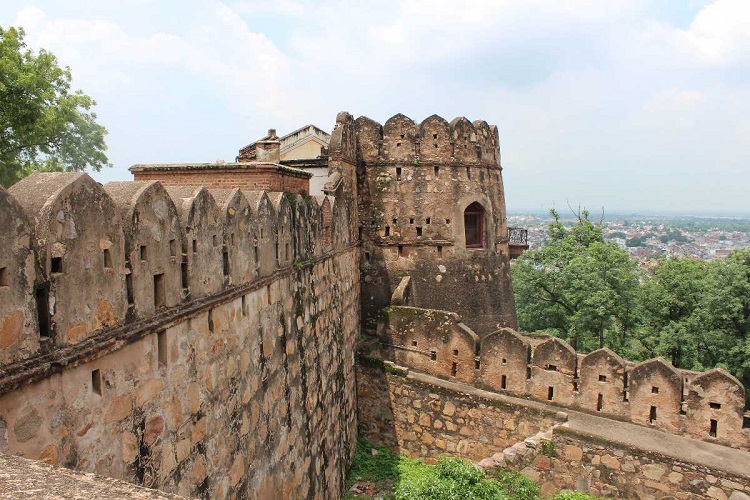 The erstwhile capital of Rani Lakshmibai’s kingdom, Jhansi was one of the most significant places after the first world war. It is the gateway to some prominent places like Panna, Orchha, and Khajuraho that come under the Bundelkhand area. Thousands of tourists visit Jhansi to admire the artistic grandeur of Chandelas (royal dynasty) in the ancient buildings. The historical forts, magnificent temples and churches, and grand palaces make Jhansi one of the most important places to visit in Uttar Pradesh. This city also organizes a week-long festival called Jhansi Mahotsav and a three-day vegetable and flower exhibition in February.

[ Plan your trip to Jhansi with Indian Holiday ] The city that hosts the largest gathering on Earth that can be seen from space, Prayagraj is one of the holiest places for pilgrims in India. Formerly known as Allahabad, this city has countless temples, the famous Triveni Sangam (confluence of three rivers), and the Akshyavat – the source of faith and divinity. Tourists can witness the Mughal history through its forts, and British history through several parks and monuments like Anand Bhawan and Swaraj Bhawan. Prayagraj is full of culture, customs, traditions, and history that every tourist must experience.

Things to do in Prayagraj: Spend your evening at Chandrashekhar Azad Park, Pay respects at All Saints Cathedral, and relish the local cuisine.

[ Plan your trip to Prayagraj with Indian Holiday ]

Such a diverse state, Uttar Pradesh never fails to entertain you. From delicious cuisine, a rich dose of history and culture, tales of legends to magnificent architecture, majestic forts, and religious edifices, find what interests you. Visit Uttar Pradesh and witness India on a whole new level.

[ Take a look at our exclusive Uttar Pradesh tour packages ]