The bond of real love does not put any barrier or holds any biases. This is regarded as an epitome of power and freedom. This is only validated only if grounded in principles and purity. Raksha Bandhan is one festival that protects, nurtures and uplifts the loving relationship between brother and sister. Though the modern day celebration has brought in various changes in the celebration, but the significance of the festival is still intact.

There are numerous legends associated with this festival that speak about the eternal bond of love between sisters and brothers. Amongst the popular stories, the story of Krishna and Draupadi is very popular. This is one of the incidents depicted in the epic Mahabharata. Draupadi (wife of Pandavas), once tore a strip from her silk saree and ties around the wrist of Lord Krishna. She did so to spot the blood from the injury after returning from war. Lord Krishna was very pleased with her action and thus, declared her to be his sister. Thereafter, Lord Krishna promised to defend her from all odds and Draupadi trusted him. Thus, the festival of Rakhi is also about the trust that a sister shows with his brother. Some of the other popular stories related to the Raksha Bandhan festival are:

The Nobel laureate poet, Rabindranath Tagore, initiated the festival as a community celebration. He asked all the Muslims and Hindus to tie Rakhi as this would help in maintaining harmony and peace between them. Along with this, Rakhi was also considered to spread the nationalist spirit amongst people belonging to different ethnic backgrounds.

Now here is a simple way suggested to all sisters to make beautiful Rakhis for their brothers.

Follow these simple steps and surprise your brothers with your creativity. This will not only make them feel loved but also wanted as you would give your time and creativity to create some of the lovely Rakhis:

Step 2: use a cotton thread to tie a tight knot at a distance of one-fourth part of the thread bunch. The remaining three-fourth will be used to as the string to be tied around the wrist.

Step 3: Ensure that the heads of the silk thread of the one-third portion does not have any loop. In case of any, cut them, using a pair of scissors.

Step 5: To make the tying string, divide the three-fourth portion of the stings into two equal parts. You may plate them. So not forget to tie a knot at the end. You may repeat the strokes of toothbrush at the end of the stings also.

Step 6: As soon as you are done with the above steps, now you may start the decoration part. Use sitaras and beads and stick them using glue. Use your creativity at best to decorate the Rakhi.

Festivals like Rakhi not only induce a fellow-feeling but also ease various societal strains. The festivity also provides a channel of expression and also an opportunity to retread our role as social beings. Rakhi is also a festival that brings a sense of utmost joy in our humdrum lives. 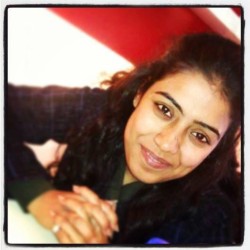 Neelam Talreja
Neelam Talreja is a Travel Writer with a keen interest in writing about incredible destinations. Her write-ups are detailed and comprising of all relevant details that could accommodate. All write-ups are written after thorough research with a blend of creative writing that will make you travel along.

Neelam Talreja is a Travel Writer with a keen interest in writing about incredible destinations. Her write-ups are detailed and comprising of all relevant details that could accommodate. All write-ups are written after thorough research with a blend of creative writing that will make you travel along.