Florence is a place where even the cafés and shops are worth discovering. From renting a bicycle to going on for a street art scavenger hunt, there are many things to do in Florence which will bring your here quite often. Utterly irresistible, Florence amuses by giving you a chance to feast on gourmet Tuscan cuisine and admire world-class art. The architectural and artistic heritage has helped the town to flaunt the epithet of most beautiful cities in the world.

The capital of Italy’s Tuscany area is replete with many masterpieces of Renaissance art and architecture. This leaves no doubt as to why the Historic Centre of Florence was declared as the UNESCO World Heritage Site. So, without any further delay, let’s start exploring the tourist attractions in Florence.

Take a trip to the Uffizi Gallery 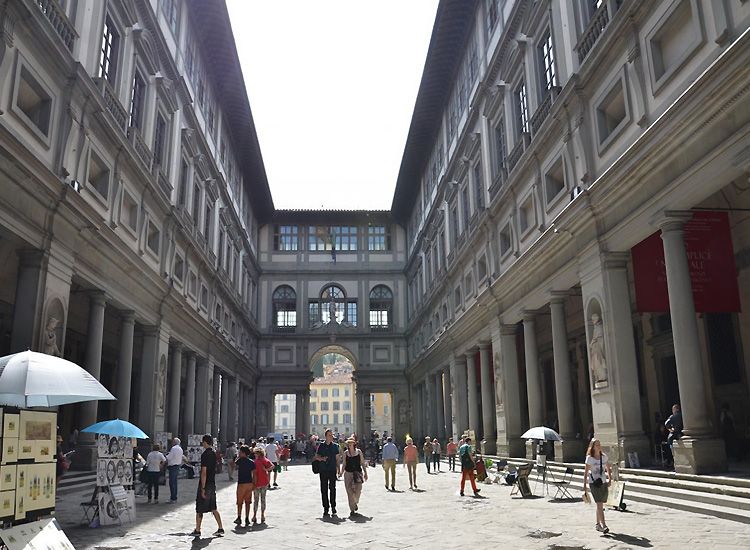 Watch the time fly at the Uffizi Gallery or the Galleria degli Uffizi while you were busy at marveling at myriad of masterpieces. The U-shaped gallery is nothing less than a treasure trove of Renaissance art. You’ll be definitely be awestruck to witness some of Italy’s best-known paintings under a single roof. Unsurprisingly, the Uffizi Gallery is one of the most visited art museums in the world besides being one of the most popular tourist attractions in Florence.

[ Enjoy fun filled vacation in Florence with this package ] 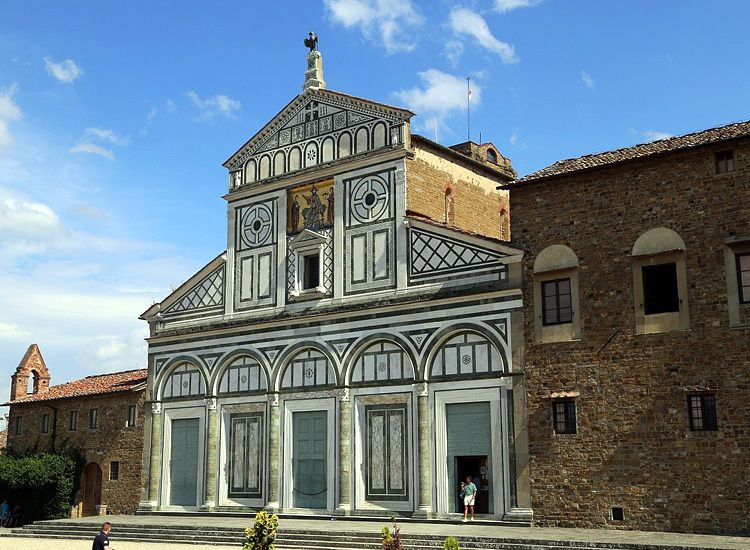 Reckoned as one of the most beautiful places to visit in Florence, San Miniato al Monte stands as a stunning example of Romanesque architecture. Perched on the highest point, the basilica was built in 1018 and thus is one of the oldest in the city. Reaching this church is worth every effort to marvel at the panoramic countryside views. As per folklores, after being beheaded Saint Minias went to die at the top of the hill while carrying his head in his hands. This is point where lies the San Miniato al Monte.

15 Must Visit Cities in Europe

Marvel at the Palazzo Pitti 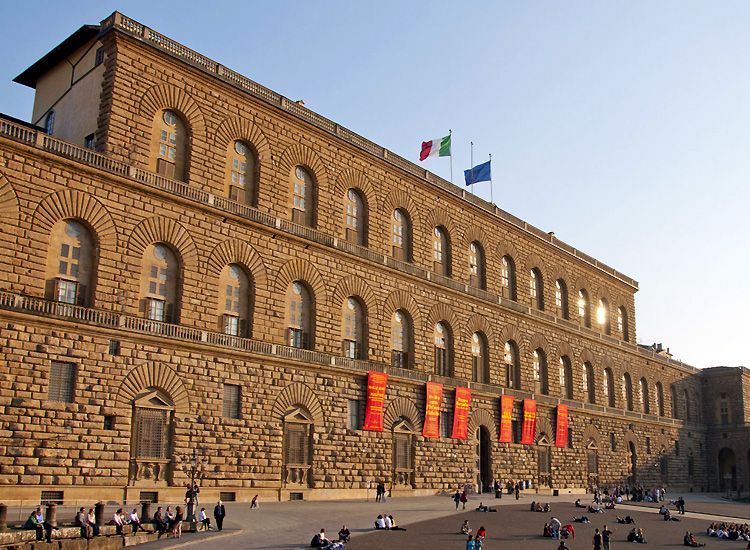 Once the town residence of Luca Pitti, an ambitious Florentine banker, the Palazzo Pitti is the largest and most impressive private residence in Florence. Positioned on the south side of River Arno, the palazzo now consists of some of the important museums of the city. There are total of six museums with their own attractions and highlights. Showcasing a great example of innovative Renaissance architecture, the palazzo pitti has become one of the top tourist attractions in Florence. The interior decoration was done during the 17th century but the rooms are lavishly adorned till now. 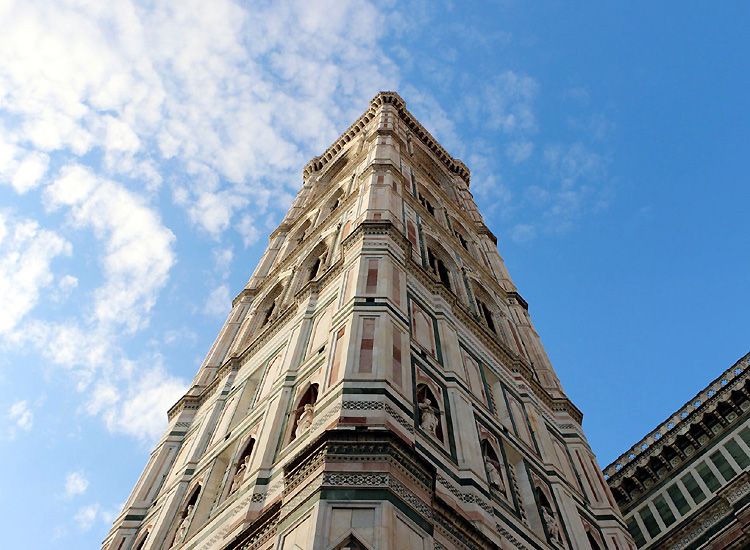 Reaching Giotto’s Bell tower is one of the best things to do in Florence to admire eye-catching views of the city. Not only architecture, but the way of creation of its dome bewilders many. The 277 ft. high tower was completed by three architects, Giotto being one amongst them. Divided into five stages, the campanile houses seven bells. Witness the urban skyline from above and don’t let the altitude make your head spin! The only thing you have to do is to climb only 414 steps! 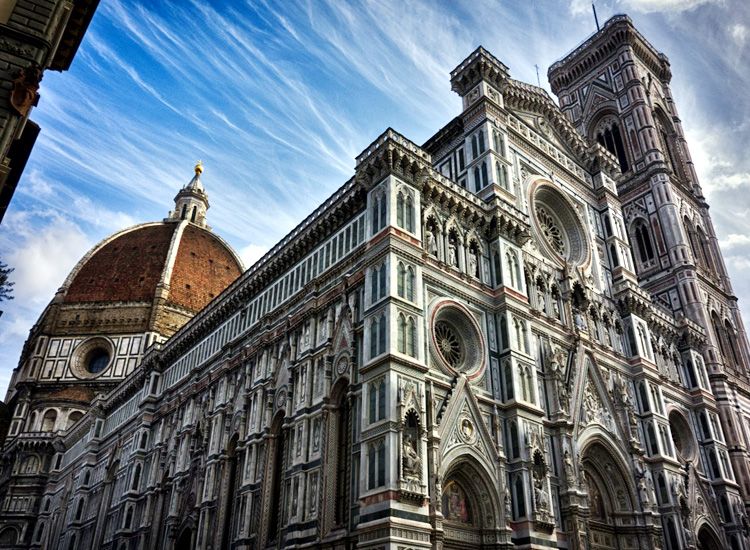 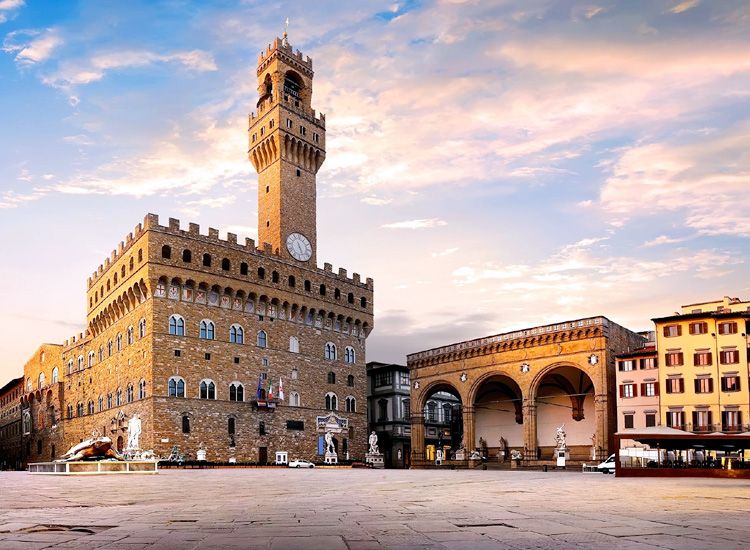 Enjoying the fame as the most famous square in Florence, Piazza della Signoria is the hub of the origin and history of the Florentine Republic. The L-shaped Square is the meeting place of the numerous tourists and
Florentines alike. Considered as one of the iconic places to visit in Florence, the piazza still maintains its reputation as the political center of the city. The Piazza steals the limelight for hosting many fairs, concerts and rallies throughout the year. The square also flaunts numerous statutes crafted by popular artists.

Location: in front of the Palazzo Vecchio 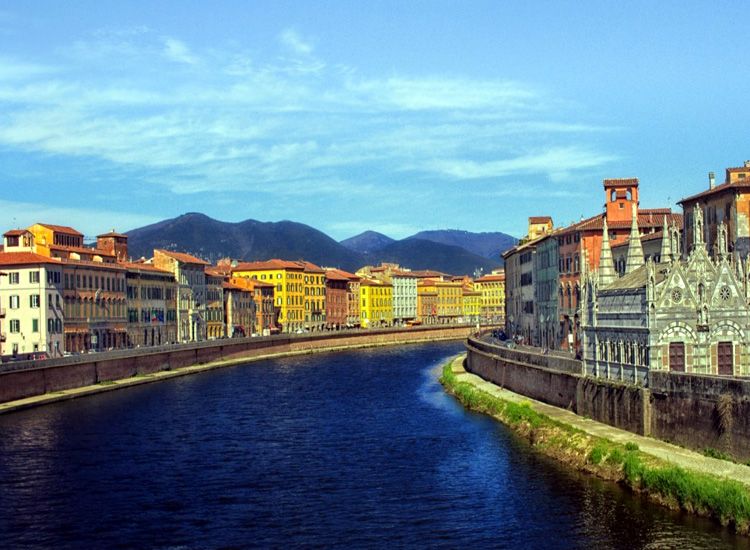 One of the best things to do in Florence is to spend fun-filled time by enjoying around the River Arno. The river has something special about itself, especially presenting a sight to behold during the full moon night and sunsets. Admirers believe that Arno is the second most alluring sight in Italy after the Leaning Tower of Pisa. Simply take a break from your city tour to Florence and rest your feet sitting along the banks of the river. It is interesting to note that the river had played a significant role in the expansion of the city.

[ Explore popular attractions in Florence with this package ] 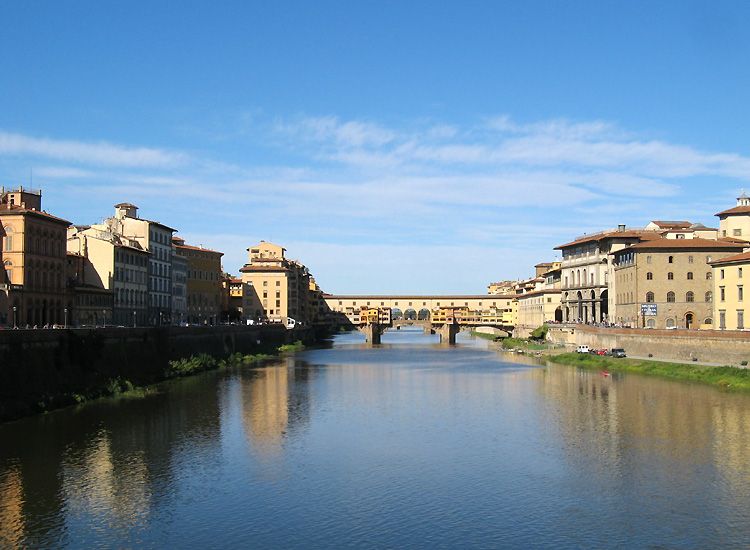 There are many lures of Florence but this one stands out amongst the rest. A walkover the Ponte Vecchio in the morning or evening will make you fall in love with the city. One of the best attractions of Florence, the bridge was constructed in 1345. The bridge is the hub of the gold and jewel trade of the city. The oldest bridge has confronted many floods and stood strong during many floods.

Your cravings for gelato in Italy are obvious. Titled as the birthplace of gelato, Florence is replete with array of gelato shops that serve gelato in various flavors and variations. A trip to the city without eating gelato is like rose without fragrance. Simply unimaginable no! Gelato is city’s specialty that shouldn’t be missed at any cost. Those creamy, smooth scoops of gelato can tempt anybody. So, wait no more and simply take a break for this one of the must-things to do in Florence. 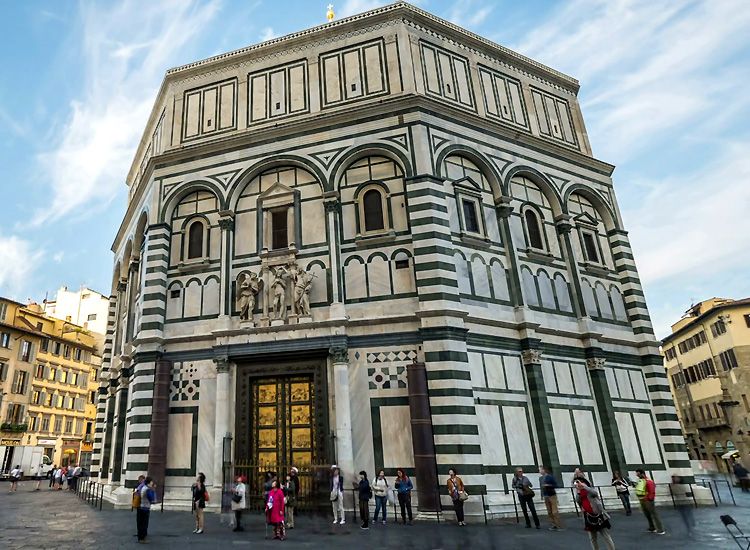 San Giovanni Baptistery is one of the oldest and most beautiful places in Florence. Constructed on the foundations of a Roman building, the Florence Baptistery is dedicated to his patron saint, John the Baptist. A characteristic example of the Tuscan Romanesque style is depicted by the baptistery.  A paradise for art lovers, the baptistery is famed for its three sets of artistically created bronze doors. Many renowned artists were awe-struck to see such marvelous depictions by Lorenzo Ghiberti on these gates.

Florence is home to numerous top tourist attractions which keep on amusing visitors. The more you explore, the more is left to be explored. So start your journey by browsing through Europe tour packages.