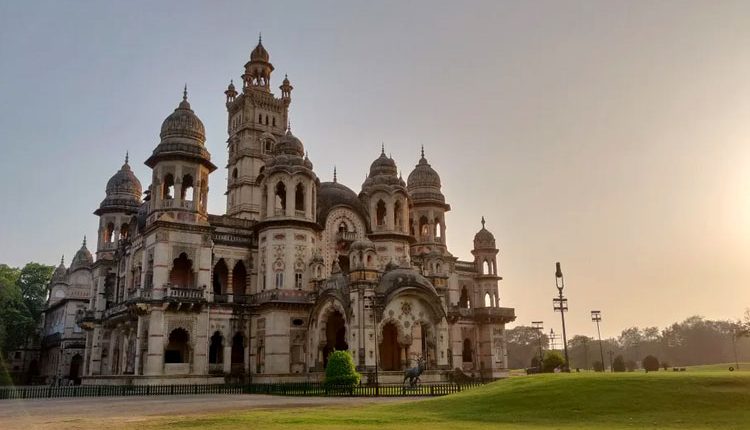 Yes! You heard it right! There is a palace in Gujarat which is 4 times bigger than Buckingham Palace and is spread across 700 acres of land. It was made just for 2 people – King and Queen and has 170 rooms in total. Now guess the splendor of this royal palace. We are talking about Laxmi Vilas Palace, which is located in the heart of Vadodara, which itself is a famous cultural hotspot of Gujarat.

The commanding architect of Laxmi Vilas Palace, Major Charles Mant, hung himself before this grand palace was completed. The storyline says that he self-evaluated that Laxmi Vilas would soon collapse due to an architectural blunder. But it’s now almost 125 years old, and Laxmi Vilas Palace is standing proudly in its grandeur. 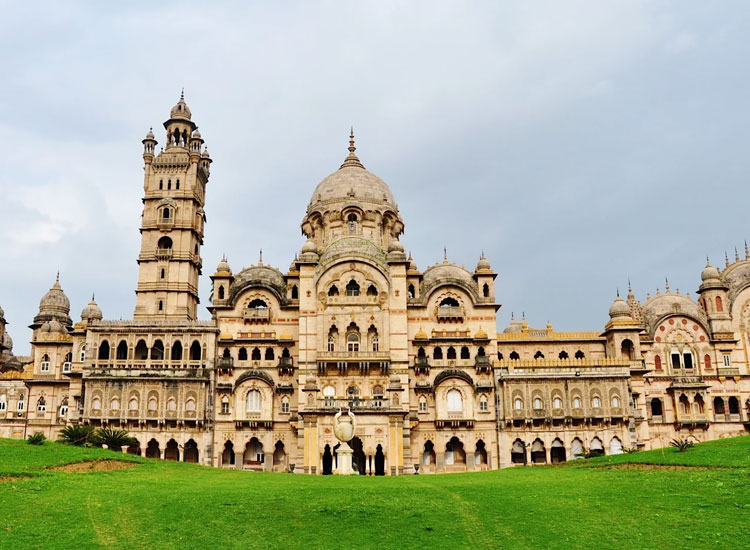 Laxmi Vilas Palace is one of the largest palaces ever built in India and is touted as one of the supreme elegant landmarks in India. Currently, it is the magnificent royal residence of the Gaekwads of Baroda, which still resides on its second floor. Before the entrance of this grand abode of royalty, there is a big golf course built by Britishers during the 20th century. From here, you can capture the panoramic views of the Laxmi Vilas Palace because photography inside is strictly prohibited. If you think royal palaces are found only in Rajasthan, a visit to Laxmi Vilas Palace in Vadodara will change your mind.

Here are few important things you must know about this grand abode if Gujarat is on your bucket list of travel.

Who Build this Magnificent Piece of Architecture Laxmi Vilas Palace

Many buildings inside the Laxmi Vilas Palace complex are now converted into museums and banquet halls for grand celebrations. Historical facts have mentioned that the museum which displays the artifacts was once the school of King’s children.

Laxmi Vilas Palace is the cluster of various architectural styles, including Gujarati, Mughal, Venetian, and Rajput. The stones used in the carvings came from Agra, Ajmer, and Pune. You would be stunned to know that this opulent palace has a cinemascope facade because many advertisements and Bollywood movie firms have been shot here. There are ancient elevators in Laxmi Vilas Palace, which is definitely a surprise to the modern world because who can expect to have elevators in the 1890s? Such is the magnificence of Laxmi Vilas Palace.

What it feels Like to Enter in Laxmi Vilas Palace

A close look of even the visual look of Laxmi Vilas Palace will give you the idea of how big it is. When you enter this palace, you reach the reception, which has a collection of audio headsets. You can pick the audio sets from multiple languages, including Gujarati, English and even Hindi.

The exploration inside the Laxmi Vilas Palace is restricted to only the 1st floor and is divided into 8-9 segments. Therefore, it is suggested to venture on an exclusive journey with a guide to gain knowledge about the exquisite and opulent Laxmi Vilas Palace.

Durbar Hall is the primary place. Apart from it, expect to pass through courtyards of the palaces to coronation rood, Gaddi Hall, and even Royal Armoury. Race your fingers through the delicate carvings on the wall and scrutinize the exquisitely detailed sculptures.

Laxmi Vilas Palace is a combined effort of local international resources. Like the tantalizing Taj Mahal, a few marbles, trap stones, and sandstones were shipped from inside and outside India. Historical events mention that the Gaekwad dynasty shipped red sandstone from Agra, trap stone from Pune, and crystal clear white marbles from Rajasthan and Italy. What makes Laxmi Vilas Palace, since it is commissioned, is the talk of the town because of its whooping £180,000. You can resonate that over a century ago, when the entire day cost a few annas, the royal Gaekwad dynasty commissioned this grand abode.

Why is Laxmi Vilas Palace Worth the Hype?

Furthermore, this opulent palace has a Golf Course which is accessible to the public. Although most of the heritage properties in India are now converted into heritage hotels, Laxmi Vilas Palace is an exception. Only a handful of sections around 8-9 are open for tourists, while the rest are still private property. If you are an ardent history lover, you will love coming across a clock tower within the palace that stands 300 feet (approx.) in the air.

Everything to Know About the Entrance of Laxmi Vilas Palace

One needs to take entry to Laxmi Vilas Palace from the Rajmahal Road (also called the palace road.) you will find guards on duty who perform the car/bike entry check. Their work is to allow the people in the vehicle to come across the parking area available at zero cost. Post the checking, you can buy entry tickets that cost around 225 INR (approx.) per person for Indians, and 400 INR (approx.) per person for foreigners.

If you think the ticket is expensive, you must know that it includes audio guides in multiple languages. Plus, not too many people flock to Laxmi Vilas Palace, which is the reason to visit the epitome of architecture. Make sure you refrain from taking the photography inside the palace premises because it is strictly prohibited. However, in photography courses, the confines of the palace are allowed.

Here are the various sections of Laxmi Vilas Palace that will allow you to discover its regal splendor. So have a look at them and thank us later!

1. Royal Gardens: This would be the primary location where you can satiate your lust for landscape photography as you are not allowed to capture the shots once you pass this area. It is a lush green area where you can gaze and wonder about the splendor of Laxmi Vilas Palace. In the morning, golfers play their game, and this area is open to the public. 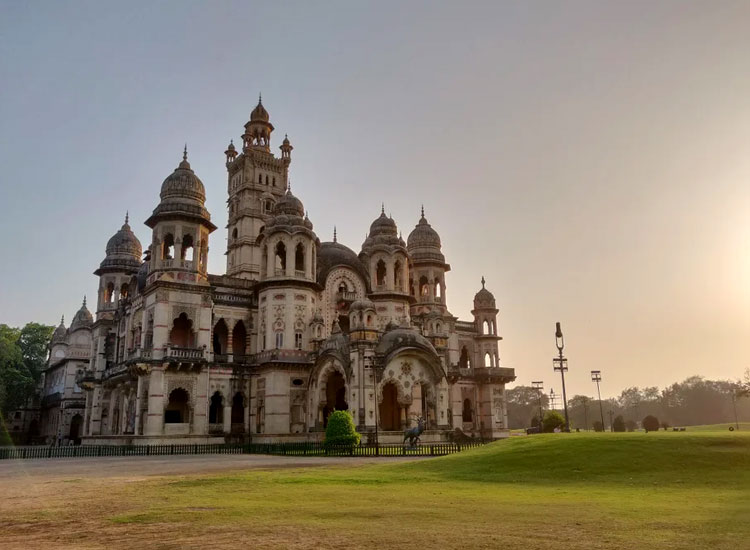 2. The Royal Staircase: Post the Royal Gardens, you will be escorted to the Royal Staircase by the audio guide. This would be your chance to lend your ears if you want to know about King’s personal experience regarding how he used to peddle the cycle in the corridors at the place of your standing. It is indeed a great experience, and it feels like you have taken the time capsule. The ornate staircase intricately carved with peacocks design will take your breath away!

3. Armoury Hall: This is the place that can even make GOT producers flip their minds. Here you can witness the weapons of the wars used by the Gaekwards family themselves. Furthermore, the royal Armoury room inhouse weapons were considered by rulers like Shivaji Maharaj and Guru Gobind Singh.

4. Coronation Hall: The next in line would be Coronation Hall. You will need to remove your shoes to enter because it is where the royals carry out their crowning ceremony. In the erstwhile era, Maharaja Pratap Singh, Maharaja Fateh Singh and Maharaja Ranjit Singh were crowned here. According to the Gaekwad family, Coronation Hall is the pious place and houses the paintings of Raja Ravi Varma, the well-renowned painter.

5. Elephant Hall/Hathi Hall: After visiting Coronation Hall, continue towards the Hathi Hall/Elephant Hall. This section is inspired by the giant elephants. Inside the hall, you will be stunned to come across the ivory colors. With beautiful installed chandeliers and intricate carvings, engulf yourself in the royal splendor.

6: Italian Patio: Once you come over to the Elephant Hall/Hathi Hall. You will find a courtyard dotted with Italian fountains. So if you have a fascination with wishing well in Italy to drop a coin, this section will give you the same striking feeling.

7. Durbar Hall: Durbar Hall is the last enclosure where you can visually delight your eyes again. Once, Durbar Hall was used to celebrate the royal festival gatherings and cultural nights events. The amazing thing about this hall is that Durbar Hall is resting without any single pillar. It is an enormous room where the gorgeous chandeliers add extra grace. Expect to see the Belgian stained glass and large artworks.

The stained glass work signifies Hindu Gods and Goddesses. Do you remember the title song of Deewani Mastani from Bajirao Mastai? The Durbar Hall and that one share a striking resemblance with each other. 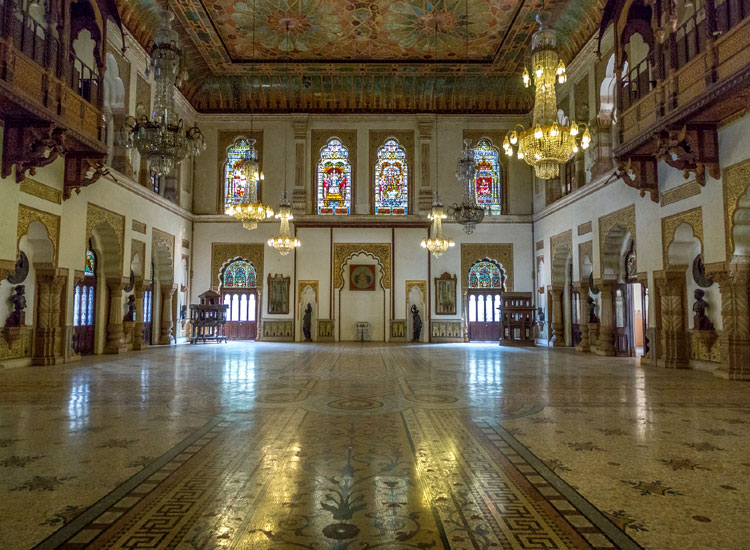 8. NavLakhi Step Well: As the name suggests, this is the step well located in the compound of Laxmi Vilas Palace. The foundation stone of this water well was laid by the Gurjar dynasty. But later on, Muzzaffar Shah, during the 15th century, laid the foundation stone. The excellence of NavLakhi Step Well can’t be overshadowed because 9 lac gold coins were considered to finish this step well. It was basically commissioned to store water during the hefty summer days.

Note: Timings are subjected to change anytime because it is a private dwelling area.