As Lonely Planet puts it “Chaotic, bamboozling, intoxicating, crazy, exasperating, wonderful, squalid, beautiful, daunting, overwhelming, and fantastic.” That’s India in a nutshell. It’s a vast country and even greater diversity be it language, climate or religion. The key to planning a vacation in India is that you should always keep your cool and slow down.

Places to visit in India varies immensely. From the cold snowy Himalayas up North and North East, the vast Thar Desert and Runn of Kutch in West to the balmy sun kissed beaches down South in Kerala and Goa, India offers many experiences to suit the taste buds of discerning travelers. India is a kaleidoscope of culture, tradition and modernity. Forts, palaces, temples and modern marvels, there’s plenty to explore and discover when you are traveling in India. 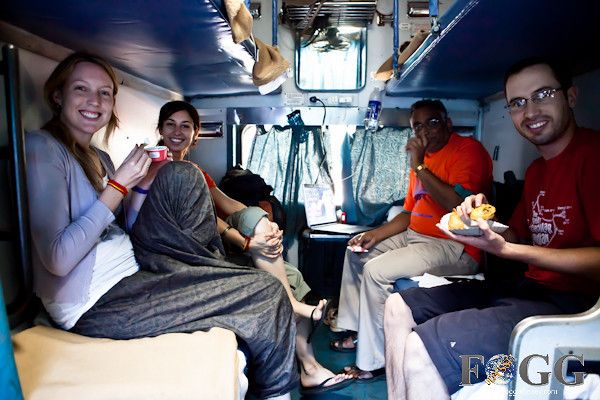 The first step towards planning a vacation in India is to acquire a tourist visa. It must be done in advance as India doesn’t have visa on arrival service at its airports.  The Embassy of India in the United States has outsourced visa applications to Travisa Outsourcing.

To apply for Indian tourist visa, you must have a valid passport with at least two blank pages, a completed application form, proof of address (utility bill or driver’s license photocopy), birth certificate copy, and the relevant fees paid by certified check or money order. Applications may be submitted to a Travisa center either in person or by mail. The standard tourist visa lasts for six month 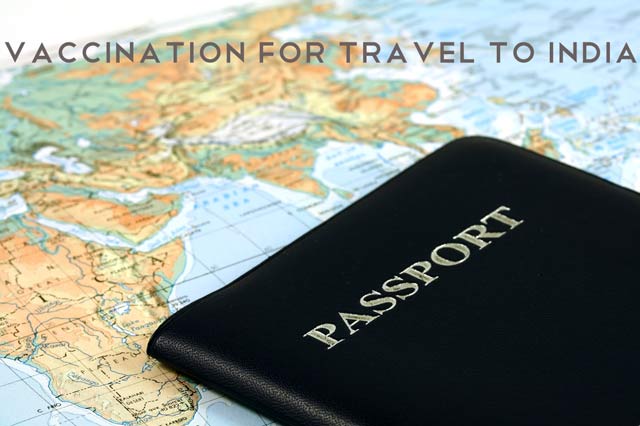 India has a reputation for unsanitary condition which is mostly myth. Centers for Disease Control’s health recommendations are for the most part standard for AsiaThe CDC recommends vaccination for typhoid and polio.  If you seek to pursue outdoor adventure sports then add rabies and Japanese encephalitis. You should also bring antimalarial medication, as well as insect repellents for both malaria and other insect-borne diseases especially if you are traveling to Himalayan region. Avoid tap water in India as much as you can.

General Tips for Vacation in India 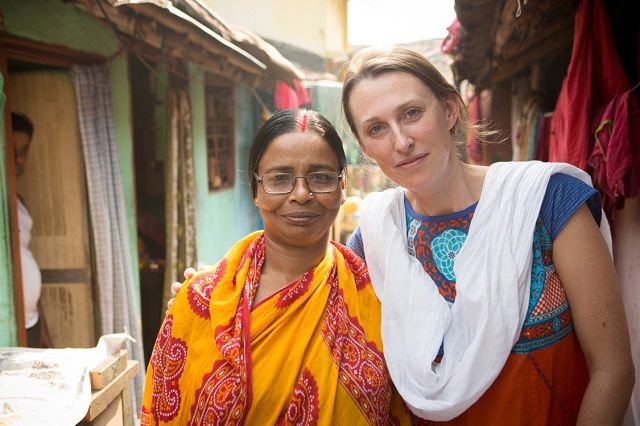 What to bring in India

What NOT to bring to India

Must See Attractions in India | Places to Visit in India 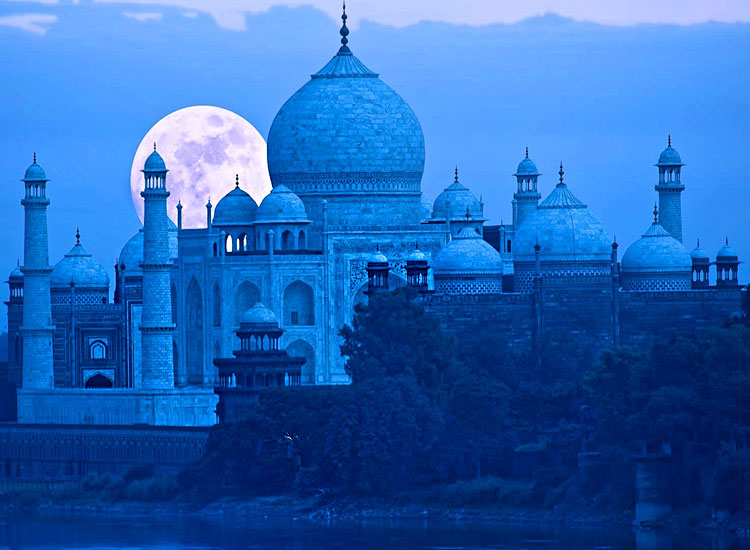 Unarguably the most famous landmark of India, Taj Mahal is a UNESCO inscribed World Heritage Site. Taj Mahal is where all the who’s who visiting India take time to visit and have a photo taken. From Princess Diana, Obama and who not. Taj Mahal was built by Mughal Emperor Shah Jahan in memory of his beloved wife Mumtaj. This white marble marvel took 20,000 labourers working for 20 years to get constructed. Taj Mahal is located in Agra, Uttar Pradesh and a must visit place to visit during your vacation in India.

Explore Packages to Plan your Visit to Taj Mahal

The Holy City of Varanasi

To visit India and not to visit Varanasi would be a great opportunity lost. Varanasi is one of the oldest continuously habitated city in the word. It has great significance in Hindu tradition. The holy Ganges flows through the city and the bathing ghats of Varanasi hold supreme importance in Hindu religion. The grandiose Ganga Arti at the Daswamedh Ghat in Varanasi is world renowned. Varanasi is also known for its Silk and Guautama Budda is said to have founded Buddhism here.

Explore Packages to Plan your Trip to Varanasi

The Golden Temple of Amritsar

Actually named Harmandir Sahib but called Golden Temple due to its gold adorned domes, Golden Temple is the most sacred pilgrimage site of Sikhs. The fourth Sikh Guru Ram Das who initially constructed Amritsar is also credited with constructing Golden Temple. Maharaja Ranjit Singh had the upper half of the building built with approximately 400 kg of gold leaf. This temple is also renowned for its ‘langar’ service. The ‘Guru Ka Langar’ offers free food to approximately 20,000 people everyday. The number shoots up to 100,000 on special occasions.

Explore Packages to Plan your Trip to Amritsar 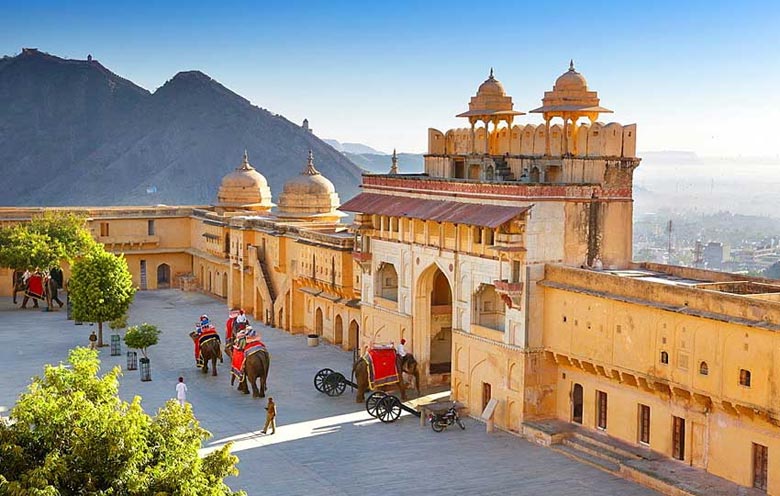 Located in Jaipur, Rajasthan, Amer Fort is known for its remarkable fusion of Rajputana and Mughal architectural style. Overlooking Maota Lake which is also its water source, Amber Fort is build entirely of red sandstone and marble. There are several buildings inside the fort including Diwan-i-aam, Diwan-i-khas, Sheesh Mahal and Sukh Mahal. The fort was built by Maharaja Man Singh in 16th Century. There  are 16 ladies hall/bedrooms in the fort and as the folklore goes, it is said that maharaja built them for his 16 wives so that he could pay them a visit privately without others knowing about it.

Explore packages to Plan your Trip to Jaipur 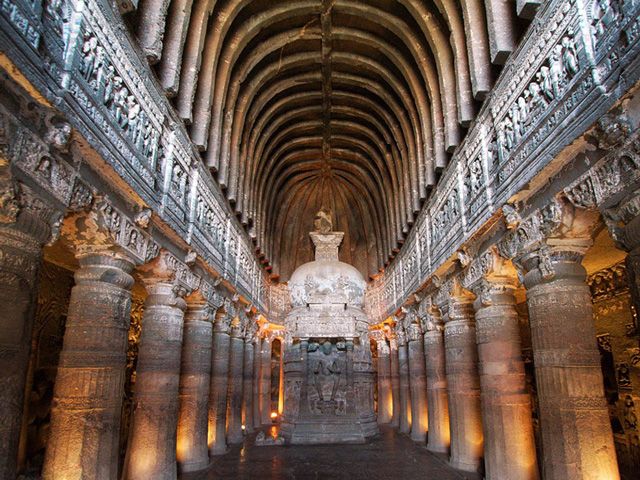 A set of 29 caves, Ajanta Caves is among the finest examples of some of the earliest Buddhist architecture, cave paintings and sculptures. It was used by Buddhist monks for study of Buddhist teachings and meditation purposes. Whereas Ajanta Caves are renowned for their paintings, Ellora Caves are famous for their grandiose sculptures. There are a total of 34 caves in Ellora, out of which 12 are Buddhist caves, 17 are Hindu and 5 are Jain caves. Both Ajanta and Ellora Caves have been inscribed by UNESCO as World Heritage Sites. 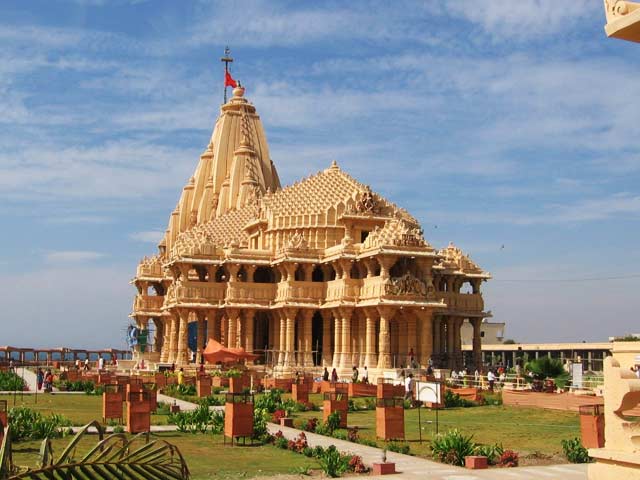 One of the 12 Jyotirlingas and revered Hindu pilgrimage sites, Somnath Temple in Gujarat is renowned for its fine architecture. The temple is believed to be the place from where Lord Krishna ended his lila (life) and left for heavenly abode. Somnath Temple was destroyed repeatedly by invaders and rulers especially Mahmud of Ghazni. In total, it is believed that the temple was destroyed and reconstructed at least 17 times. The present temple was reconstructed under the orders of Vallabhbhai Patel in 1951 in Chalukya Style of Hindu Architecture. 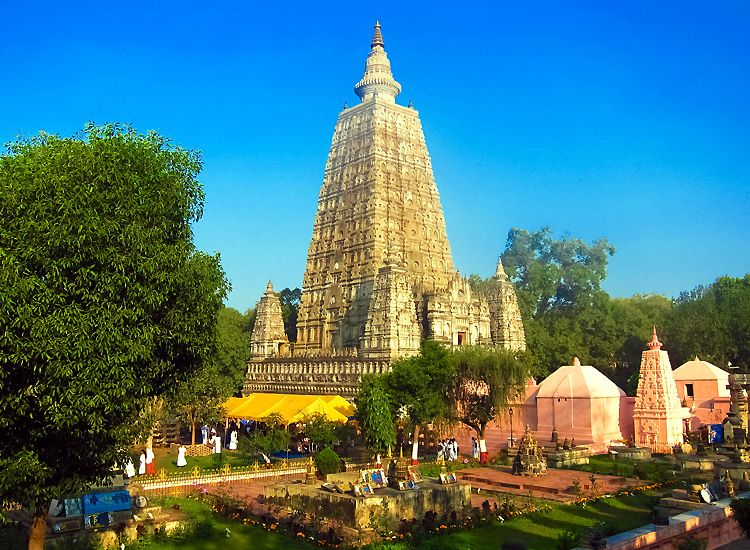 Inscribed as a UNESCO World Heritage Site, Mahabodhi Temple holds great philosophical and cultural importance. This is believed to be where Gautama Buddha attained enlightenment, a historical event that shaped and still shapes human thoughts and beliefs. The temple is located in Bodhgaya, Bihar. This temple was built by Emperor Ashoka in 3rd Century CE.

Built in 13th Century CE, Sun Temple in Konark, Odisha is a monumental Hindu temple dedicated to the Sun God Surya. Renowned for its intricate carvings, iconography and themes, Konark Sun Temple’s unique architecture represents sun god in his chariot encompassing time. The geometrical patterns and wheels of the temple used to serve as sun dial. The temple was also known as Dark Pagoda during medieval era owing to its dark color. The ancient sailors used it a a navigational mark to chart the sea. The chariot of the sun temple has 24 wheels and is led by six horses. The Sun Temple is the culmination of Kalingan temple architecture, with all its defining elements in complete and perfect form. A masterpiece of creative genius in both conception and realisation, the temple represents a chariot of the Sun God, with twelve pairs of wheels drawn by seven horses evoking its movement across the heavens.

Explore Packages to Plan your Trip to Odisha 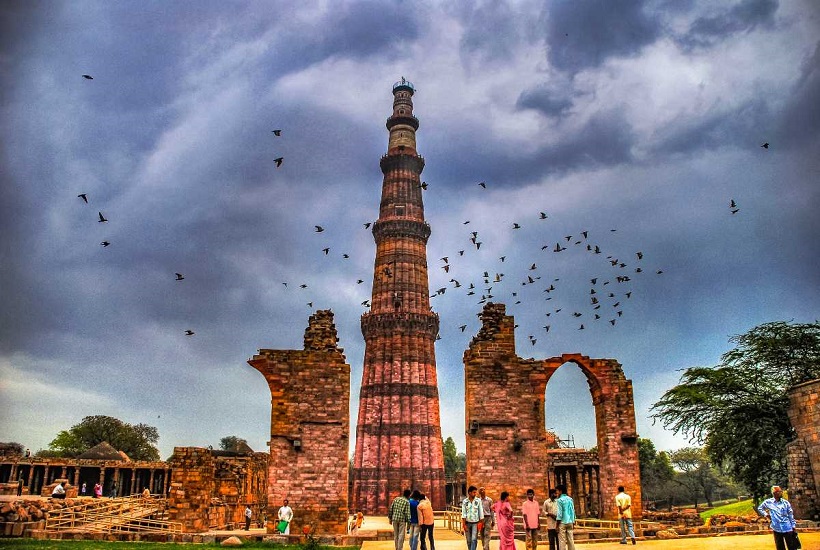 Mehrauli Archaelogical Park, Qutb Minar Comples and nearby places are the only area in Delhi which is continuously occupied by over a 1000 years. The park and the complex houses monuments and relics of Sultanate, Khalji, Tughlaq, Lodi and Mughal Dynasty as well as some of British Raj itself. The park and adjoining area contains buildings like Tomb of Balban, ca 1287 CE, wherein a true arch and the true dome were built for the first time in India,Jamali Kamali Mosque and Tomb, Quli Khan’s Tomb, Gandhak ki Baoli, Metcalfe’s Folly and Rajon Ki Baoli among others. Other nearby monuments include Jahaz Mahal, Zafar Mahal of Bahadur Shah II , Hauz-i-Shamsi and Tomb of Adham Khan. Pillars and remains of several old temples are also lay scattered in the park.The Qutb Minar Complex contains structures such as Qutub Minar, Alai Minar, Alai Minar, Qubbat-ul-Islam Mosque, the Iron Pillar, Tomb of Alaudin Khilji and Tomb of Imam Zamin. Qutub Minar was built as a Victory Tower, to celebrate the victory of Muhammad Ghori over the Rajput king, Prithviraj Chauhan, in 1192 CE.

Explore Packages to Plan your Trip 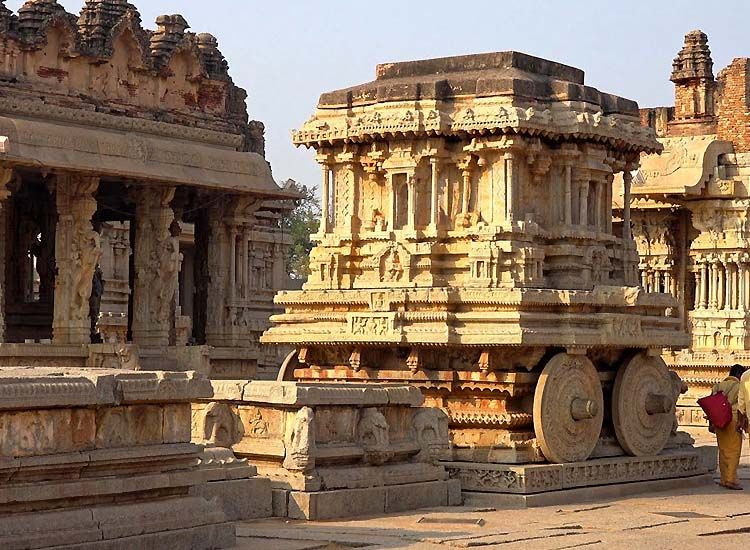 The last capital of the great Hindu Kindom of Vijayanagar, Hampi is renowned for its grandiose monuments, temples and other structures. Group of Monuments at Hampi contains several buildings of religious importance. There are 1600 monuments and remain at theis UNESCO World Heritage Site. The temples of Hampi, its monolithic sculptures and monuments, attract visitors from around the world due to theirr excellent workmanship and exquisite architecture. Group of Monuments at Hampi are spread in an area of approx. 26 sq km. Most of the buildings are constructed from local granite, burnt bricks and lime mortar. Its Dravidian architecture is also known for adoption of elements of Indo Islamic Architecture (like the Queen’s Bath and the Elephant Stables). The Battle of Talikota (1565 CE) led to a massive destruction of its physical fabric.

Explore Packages to Plan your Trip to Karnataka

FAQs about Planning Vacation in India

Digital marketer by profession and a keen traveler, amateur photographer and avid book reader by passion, Nikhil Chandra’s writing and photographs have been published in various travel magazines and blogs including Travel & Leisure, Seat 61, Mode&Tendances, Oryx Magazine (Qatar air inflight magazine) among others. Holding a masters in Literature and Marketing Management, Nikhil Chandra applies his educational qualifications, professional experience, and wander wisdom to write on a range of topics that includes search engine, PPC, content marketing, photography tips and travel. He summarizes himself succinctly as a writer here and there and on this and that.