Yak ride in Sikkim is truly a safari experience with a difference where you get a chance to ride colorfully adorned Yaks, wearing woolen knits over their horns, and bells around their neck. This animal offers you a ride around Tsomgo Lake near Sikkim while it walks on rugged trails and you treat your eyes to the scenic beauty.

Dzongri and Tsomgo Lake are the popular areas where Yak riding in Sikkim is popular amid tourists. Yaks domesticated animals in Sikkim but from the past few years, they offer memorable safari experiences. People of all age-group, from children to an old person, all can enjoy this activity.

Yaks are generally found on high altitudes of around 9000 feet but during the winter season, they are brought to somewhere around 7000 feet. In the Himalayan region, they are also a means of carrying goods. Do not forget to click a photograph while atop the Yak.

Yaks in Sikkim attract tourists. If you go to the Yak Safari points, you will see a long line of Yaks ready to take passengers. What are the points to get a Yak ride? Read ahead.

There are two places to enjoy Yak Safari in Sikkim -

One of the best places to go Yak riding is Tsomgo Lake. It is located at an altitude of 12,400 feet above sea level. The beautiful lake is laid amidst the snow-laden mountains. The sight is marvelous when the lake freezes in winters. The Tsomgo lake is famous as it changes its colors with seasons. Apart from being a sight for sore eyes, it is a lake of Buddhist religious significance.

There are different routes available for the ride. Shorter rides include going around the lake or up the mountain. You can also choose to go around in the market. If you are into a longer ride, then the Viewpoint is perfect. Kemthang is particularly famous among tourists for the views it offers.

How long does the Yak Safari last?

The duration of the Yak ride in Sikkim depends on the route and destination chosen. A yak ride can take about 20 minutes to an hour. You will not be worried about the time once you sit on the back of a Yak.

The lake is 40km away from Gangtok. Cars and hired taxis can reach the lake easily. You can share a ride with other passengers or hire a private car to make it to your destination.

Another popular spot for Yak rides in Sikkim is Dzongri Lake. It is situated at a height of 13,800 feet among thick forests of pine and snow-white peaks of Kanchenjunga. The views from the Dzongri’s top of Kabru, Pandim, Koktang, Narsing, and Ratong are incredible. The Yak ride from Dzongri Lake can take up to 5 days to complete. It begins from Yuksom and ends at the same point. The views from the lake are jaw-dropping in winters.

The safari begins at Yuksom, and the areas covered depend on the route taken. The most taken path is along the river towards the east. The riders cross the bridge over the Prek Chu river and climb to Tangsing.

How long does the Yak Safari last?

The time taken on Safari depends on the route chosen. It may take 2 to 5 days for the Dzongri Lake Yak ride . It is quite a panoramic trek that takes a long time to cover.

One has to reach Yuksom to start the Yak ride. It is 6 hours away from Gangtok. Taxis and other vehicles can take passengers to the starting point. The trek ends at the same point and tourists can hire taxis back to their hotels.

Note: The Yak Safari is organized by Sikkim Tourism. It is advised to book a ride in advance through a tour operator.

What is the best time for Yak ride?

The Yak ride is perfect in any season except monsoon. During the rainy season, there is a risk of landslides. Therefore, plan your Yak ride in Sikkim in summers or winters.

Reasons To Do Yak ride 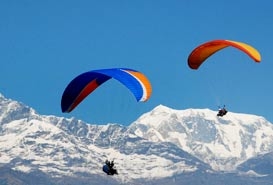