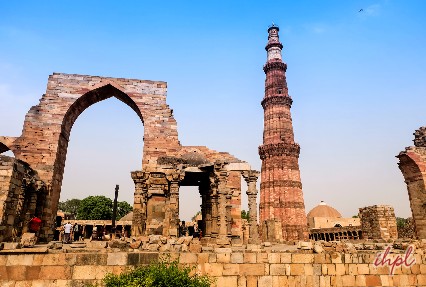 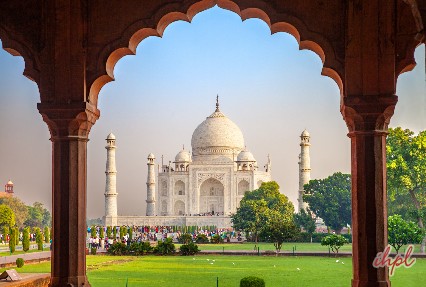 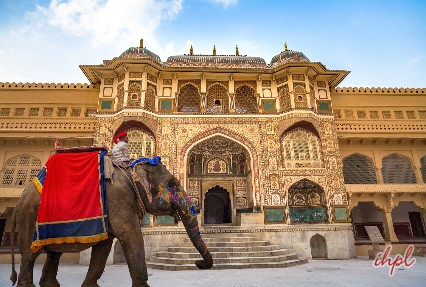 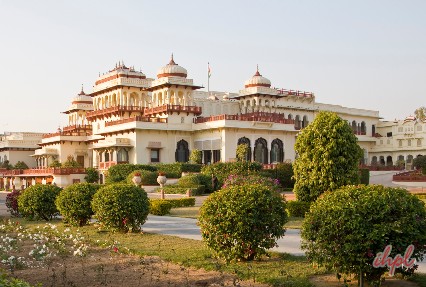 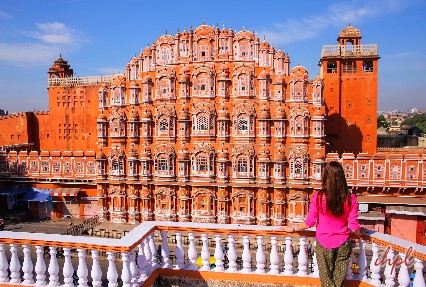 The charm of the famous Golden Triangle of India never fades away. One of the most visited tourist circuits in India, the Golden Triangle portrays the real India in the most enthralling way. The triad of Delhi, Jaipur, and Agra will take you into a bygone era. This tour will give you a deep insight into the cultural and traditional heritage of the country while enjoying the lavish hospitality of India. Come let's join us in this Golden Triangle private tour where we shall take you on a trip of a lifetime through the heart of India.

On the first day of your Luxury Golden Triangle tour, you shall arrive in Delhi from where our tour representative will assist you in transferring to your pre-booked hotel. The rest of the day is at your leisure. You can explore the nearby market of the resort or take a stroll in the resort and enjoy the time here.

Overnight stay at the hotel in Delhi.

On the 2nd day of the Golden Triangle Tour, after having a scrumptious breakfast you will embark on the sightseeing tour of Delhi.

Delhi is one of the oldest cities in the world which has been ravaged and rebuilt by many different empires like the Delhi sultanate, the Mughals, the Marathas and the British. The charm of old Delhi with shopping streets like Chandni Chowk is just mesmerizing. We will visit many famous monuments in Delhi.

Red Fort is a pride of the national capital and it was built in 1638 by Shah Jahan. This grand fort will captivate your imagination as it is a splendid demonstration of the architectural power of the Mughal Empire. The high walls of Red Fort were built predominantly to ward off invaders but today these walls are a show of pomp and luxury enjoyed by its residents. Such is the grandeur of the Red Fort that the tricolor is hoisted on this very place on every Indian Independence Day.

We then move towards visiting the Humayun's Tomb, which is a predecessor to the famous Taj Mahal in Agra. Built-in 1570 the tomb holds the body of powerful Mughal Emperor Humayun who was instrumental in establishing Mughal rule in India.

Qutub Minar is the tallest brick minaret in the world and is an incredible display of Mughal architecture in India. It was built as a victory monument of Delhi sultanate over India. The Qutub Minar is a shining example of Indo Islamic architecture. This five-story structure attracts thousands of tourists every year.

India Gate is another monument worth visiting. This towering structure was built by the British as a war memorial to commemorate the Indian as well as British soldiers who died fighting for the British armed forces during the First World War.

The Lotus Temple or the Baha'i temple is a prime example of world unity. This lotus flower-shaped temple is open for all religions and proclaims the unity of all faiths.

Rajghat is a memorial dedicated to the father of the nation, Mahatma Gandhi. Pay homage to the man who showed the world that nonviolence was an important weapon that could shake, even the foundations of the world's most powerful empires.

After the exploration of Delhi, return to the hotel in the evening and have a delicious dinner. Overnight stay at the hotel in Delhi.

On the third day of your Golden Triangle Luxury tour, after having a delicious breakfast we proceed towards Agra. Upon your arrival in Agra, you will have an assisted transfer to your resort.

Then you will visit to explore the enchanting beauty of the Baby Taj, or the Tomb of Itimad Ud Daulah. This structure built by the daughter of Mirza Ghiyas Baig. This beautiful structure is supposed to be mimicking the exquisite Taj Mahal.

Return to the room in the evening to your luxury hotel. Have a scrumptious dinner at the hotel. Overnight stay at the hotel in Agra.

On the fourth day of your Luxury Golden Triangle tour, after having delicious breakfast you will leave early for the Agra sightseeing tour. The first destination of the day is one of the most romantic sites in the world, the Taj Mahal.

Built between 1631 and 1653 and spread on 42 acres of land, this white marble monument is an epitome of love. Shah Jahan built this classical structure in loving memory of his most beloved wife Mumtaz Mahal. You will get an opportunity to enjoy the sunrise view of Taj when the golden rays of the sun are falling on this exquisite structure enamoring it with their warmth. The Taj Mahal holds the glorious title of being a UNESCO World Heritage site and one of the Seven Wonders of the World.

Agra Fort is another UNESCO World Heritage site located in Agra. The two-kilometer long wall of the Agra Fort is decorated by graceful curves and military bastions. The Agra fort also consists of the Musamman Burj, from where Shah Jahan used to watch his favorite structure, Taj Mahal, during his final days. Agra Fort was built by Akbar and is also known as Qila-e-Akbari. This huge red sandstone structure was the main residence of the Mughals until 1638. Over 8 years, some 4000 workers worked day- day-out to renovate the fort according to Akbar's instructions.

The rest of the evening is at your leisure. You can explore the local markets of Agra and buy some souvenirs for your loved ones. Agra is famous for intricate work on marble.

Rangeelo Rajasthan awaits to delight you at Jaipur. Today we begin our day with a nectarine breakfast. After that, we proceed towards Jaipur and visit the famous city of Fatehpur Sikri on our way.

Clothed in legends, this beautiful city of Fatehpur Sikri was built by Akbar. His love for red sandstone is evident in the entire city as most of the structures are built with the same material with which he built the Agra Fort. Today a ghost town, the Fatehpur Sikri holds many legends as this is the very place where Akbar's legendary courtiers like Birbal and Tansen used to stay.

According to the local legends, Akbar built this city as a mark of respect towards Khwaja Salim Uddin Chishti, a Sufi saint who predicted the birth of an heir to the Mughal throne.

One of the largest stone gateways in the world, Buland Darwaza stands tall as the main entrance gate of Fatehpur Sikri. Built by Emperor Akbar as a mark of victory over Gujarat, Darwaza is a beautiful blend of Indian, Persian, and Mughal architecture. Other important monuments in Fatehpur Sikri are Diwan-e-Khas, Panchamahal, Tomb of Khwaja Salim Uddin Chishti, Birbal Mahal, Palace of Jodha Bai and Diwan-e-Aam.

After exploring the Fatehpur Sikri, we will proceed towards Jaipur. You will have an assisted check-in at the pre-booked resort. The rest of the time is at your leisure. You can take a stroll in the resort or explore the nearby markets in Jaipur.

Overnight stay will be at your luxury hotel in Jaipur.

After having your delicious breakfast you will proceed for the sightseeing tour of Jaipur.

Ride on the back of an elephant-like the maharaja of Jaipur did and visit the Amer Fort. Built from red sandstone, Amer Fort is an exclusive example of Indian as well as Mughal styles of architecture. This four-storeyed palace is connected with the Jaigad fort via an underground secret passage.

The City Palace of Jaipur was once the place from where the kings of Jaipur used to rule. Two main palaces in the complex are the Mubarak Mahal and Chandra Mahal which are an elegant combination of European, Rajput as well as Mughal styles of architecture. Beautiful red and pink sandstone adds another dimension to the beauty of these palaces and you can get inspired by the architectural taste of Sawai Jai Singh, the founder of Jaipur. You can also find the two silver vessels on display in the City Palace which are considered to be the largest silver vessels in the world.

After visiting the City Palace you will move towards Jantar Mantar, one of the oldest stone planet observatories in the world. This planet observatory is unique because it is one of the five observatories built by the astronomically enlightened ruler of Jaipur, Sawai Jai Singh. Various stone instruments were built first in wood to ensure a high degree of precision. Jaipur Jantar Mantar observatory consists of the largest stone sundial in the world.

The next stopover will be the Hawa Mahal. Constructed by Maharaja Sawai Pratap Singh in 1799, the five-storeyed Hawa Mahal or the Palace of Winds was built with the sole purpose of letting the Rajput ladies see the royal processions without revealing their identities. A unique blend of modern and ancient architecture, the Hawa Mahal consists of 953 windows from where the ladies used to see the processions.

Later in the evening, return to the hotel. Overnight stay at the hotel in Jaipur.

Today is the last day of your Luxury Golden Triangle tour. Today you will proceed towards Delhi from Jaipur and the journey ends at the Delhi International Airport from where you will board flights towards your respective destinations. 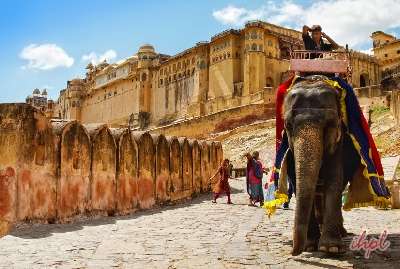 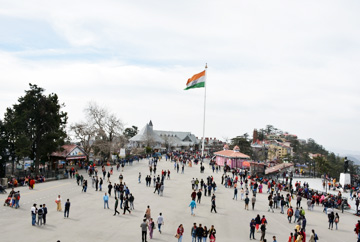 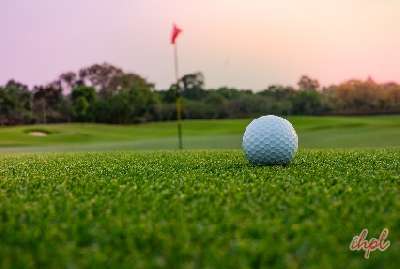