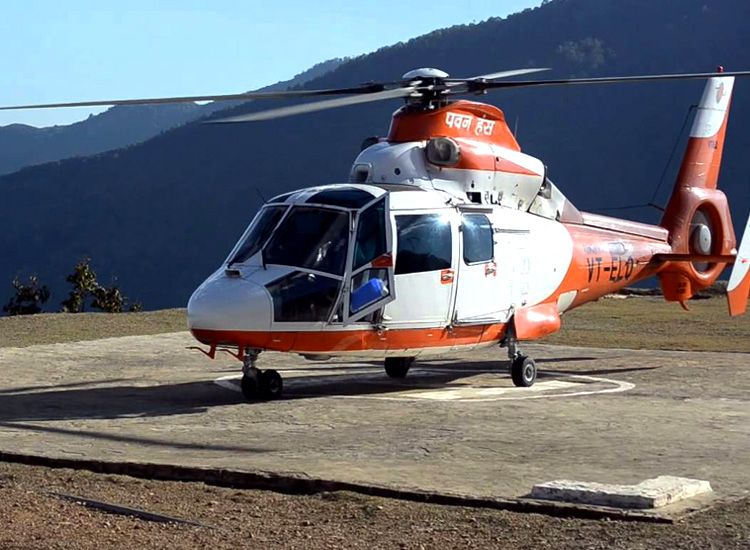 Himachal Pradesh Chief Minister, Jai Ram Thakur flags off heli-taxi service from Shimla to Chandigarh and vice-versa. The launch of the heli-taxi has cut down the almost 4-hours travel distance of 113km between the capital city of Himachal Pradesh and Chandigarh, making it possible to cover the distance in 20 minutes.

The to and fro heli-taxi service on the Chandigarh-Shimla Route has been launched by the state government in association with helicopter service operator Pawan Hans Ltd. The first ride starts at 08:00 AM from Shimla’s airport Jubbarhatti, reaching Chandigarh at 08:20 AM. The helicopter flies from Chandigarh Airport at 09:00 AM, arriving in Shimla at 09:20 AM.

At one time 19 passengers can board the heli-taxi, which offers a minimum fare of INR 2,999 per person. Also, service are available twice a week, one on Monday and the other on Friday.

The heli-taxi service is expected to help boost the tourism industry in Himachal Pradesh. The capital of Himachal Pradesh, Shimla is now easily connected from Chandigarh, reducing the earlier 4-hour ride through the meandering roads by only a flight of 20-minutes over the breathtaking scenery of the mountains.

The government in association with the Pawan Hans have further plans to launch heli-taxi service between Chandigarh – Manali, Manali to the Rohtang Pass and other popular places in Himachal.

The heli-taxi service is hopeful to give a boost to the tourism industry. Like the centuries-old tradition of people escaping the heat of summers to Shimla, now the heli-taxi will bring high-end tourists, especially foreigners and business travelers. The ‘Queen of Hills’ Shimla has been the summer getaway since the times of the British Raj. Till date, it is one of the favored holiday destinations in Himachal Pradesh. From colonial architecture, thrilling adventure sports to romantic retreat, the hill town is captivating.

The best season for visiting Shimla is basically divided as summer (March to June) and winter (December to February). The summer brings salubrious weather, a pleasant change from the plains and soothing bliss of the mountains. Winters are graced with snow, which brings ski-enthusiast, skating lovers and other adventure-seekers.

The launch and operation of heli-taxi services in Himachal Pradesh will be determined according to the response of tourists.