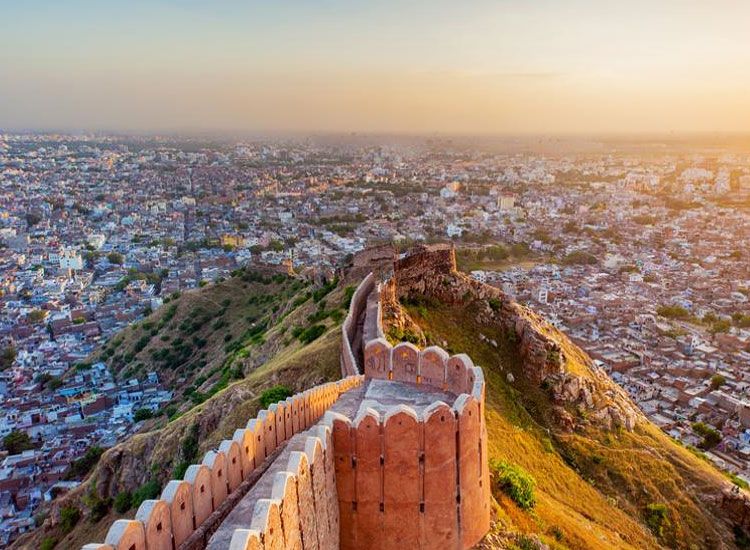 In a recent occasion, The Union Minister for Culture Mr. Mahesh Sharma announced that the Walled City of Jaipur is proposed as the next site to be listed as an UNESCO World Heritage in India. As per as UNESCO’s Operation Guidelines 2017, each year only one heritage or cultural site can be proposed or nominated for recognition, and this year 2018, India proposed the name of the Walled City of Jaipur.

The recent development of proposing UNESCO World Heritage recognition to a heritage site is a matter of pride. The world heritage status boosts tourism, both domestic and international tourism that further has a positive impact on the local economy. With growing numbers of visitors, there comes the building of world-class infrastructure. From accommodation, food, transport to increase in the sale of handlooms, local handicrafts, and heritage memorabilia, each witness a healthy rise.

The Walled City of Jaipur is long due its status. The Archaeological Survey of India (ASI) responsible for the maintenance as well as the proposal to UNESCO had submitted the same in 2015, to grant Jaipur the heritage status and since then has been in the list.

Jaipur City, the royal capital of Rajasthan was one of the princely provinces that existed in the erstwhile Rajputana. The ‘Pink City’ as it is fondly called has been a centre of history and culture for centuries. The splendor of Rajputana is observed in its majestic forts, opulent places, marvelous architecture and more. Witness to the changing sands of time, the city intrigues travelers from around the globe. The colorful shops, eateries, secret doorways and alleys hint of a fascinating masterpiece of town planning.  The city of Jaipur has a charm that is similar to other historic cities of Lahore, Tunis, and Cairo.

Currently India has the recognition of 37 UNESCO World Heritage sites in India. Rajasthan has fervently contributed to the list. The heritage sites include the Hill Forts of Rajasthan that comprise of the Chittorgarh, Kumbhalgarh, Ranthambore, Gagron, Amber, and Jaisalmer with Jantar Mantar-The Royal Observatory and Keoladeo National Park. On Jaipur Walled City getting the coveted status, the new addition to the list will definitely augment the list and add to the pride of the royal Rajasthan and India.

A travel writer by profession and self-professed addict to literature and travelling.Go through her penned down travel experiences on indianholiday.com