Nine months back, the decision of introducing wildlife safari in Jhalana Reserve Forest was made. This Wednesday leopard sighting at Jhalana was started, bringing this wildlife reserve on the world platform.

Positioned right in the center of Jaipur city, Jhalana is known to be the best site for leopard sighting during all timings of the safari, which have been booked up to March, 2017. It is being said that the proposal of this wildlife safari was pending at the time of Congress government. Vasundhara Raje, Chief Minister, Rajasthan finalized the decision as a gift to the wildlife lovers. Jhalana forest spreads in an area of 24 square kilometer and is located eastwards of Jaipur. It is home to around 14 to 15 leopards, which are quite visible to the wildlife lovers who come here and that too from a distance of just 10-20 feet. According to statistics, the sightings of the daunting big cats have gone down by 75 percent on a global level. Jhalana, however, can be a great example for conservation of leopards for others.

Sumit Juneja is one of those who offers gypsy safari in Jhalana. Praising this forest, he said, “If there is tiger in Ranthambhore, there is Leopard in Jhalana. This has been a major plus for Jhalana as unlike anywhere else in the world, you can see leopards so close by. Travel agents, social media have put Jhalana safaris on the global map. I have back to back advance bookings right up to March. Most of the tourists are from Mumbai and down south and few groups from overseas.” 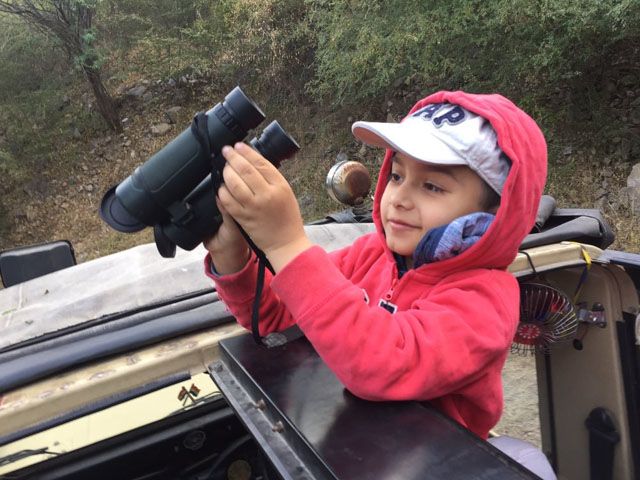 The forest department released some statistics, which stated that between March and November in 2016, the footfall of tourists was 21,747 that paid the total revenue of INR 15, 10,535. Formerly, the Jhalana forest did not added even a single penny as revenue to the forest department.

Now, for promoting wildlife safari in Jhalana, 3500 private vehicles have been deployed. It was actually quite an interesting thing that around 390 students who lived quite nearby, were not aware about this forest. After this initiative, they became quite aware about significance of conservation of wildlife. In the November month, the number of foreign tourists, which earlier was around 1-3 has gone up to 30.

M K Aggarwal, DCF, Jaipur, informed, “It’s been a year of experimentation for us. Earlier, there were no regulations for leopard sighting and people could randomly walk in. But once these safaris were given a go ahead by CM, things had to be put in place. Also, entry rates had to be revised owing to the heavy rush of visitors. Now, we have also reduced the number of vehicles to 20, since it’s a small forest area. Moreover, a lot of things need to be put in place still.”

He further added that the authorities are planning to upgrade and add more facilities to Jhalana wildlife reserve for the comfort of the visitors. Some of such comforts that will be starting from next year include a ticket kiosk with an electronic machine, route signage, and online booking.