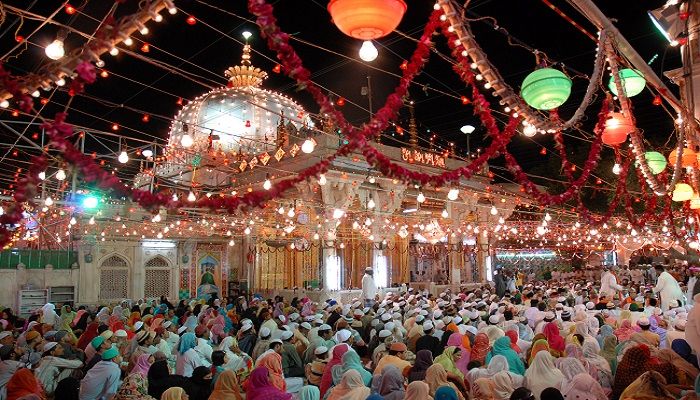 India is a beautifully spiritual and mystic country where great men are celebrated and worshipped as well. The Urs festival is one of those mystic celebrations where the death anniversary of Khwaja Moinuddin is commemorated for the first six days of the Islamic calendar’s seventh month. This year (in 2011) the probable dates for the Urs celebrations is from 3rd or 4th of June to 9th of June. The dates depend on the moon cycle. Come; join in the celebrations of the spiritual and festive Urs this year.

For Islamic devotees from all round the world, Urs is much awaited and revered. It is mainly celebrated in Ajmer Sharif where lies the mortal remains of the Sufi saint, Khwaja Moinuddin.

The Ajmer Sharif Dargah in Rajasthan is world famous and revered for Khwaja Moinuddin Chishti. The tomb was built by the Mughal emperor Shah Jahan and the Dargah complex has a number of additions from other Nizams and emperors as well. The complex also houses the Ajmeri Mosque where pilgrims come to pray to the Khwaja.

Khwaja Moinuddin, who is also known as Khwaja Garib Nawaz, was a miracle maker and healer who had come to Ajmer to preach people the Islamic teachings of harmonious living and humanity. The Mughal emperor Akbar prayed to him for a son and he had Salim who later succeeded Akbar as Emperor Shah Jahan.  It is believed, today, that prayers are fulfilled for those who are pure and earnest at heart.

The Urs festival of Ajmer Sharif is celebrated with Sufi songs and qawwalis, readings from the Quran and other holy Islamic scriptures and prayers for the peace and well being of humanity. The following is a list of events that occur during Urs: