The capital of Turkey, Istanbul is more than a city, its myriad of experiences merged together. Spanning both Asia and Europe, Istanbul is an enthralling mix of ancient and modern, of conservative and secular. A witness to Roman, Byzantine, and Ottoman periods, the city is packed with monuments and experiences of the bygone era. More than ancient Ottoman minarets and other historical edifices, there are a number of exciting things to do in Istanbul.

The thriving pace of Turkey’s cultural capital makes it a favored holiday hotspot. Here are some things that help you with what to do in Istanbul? 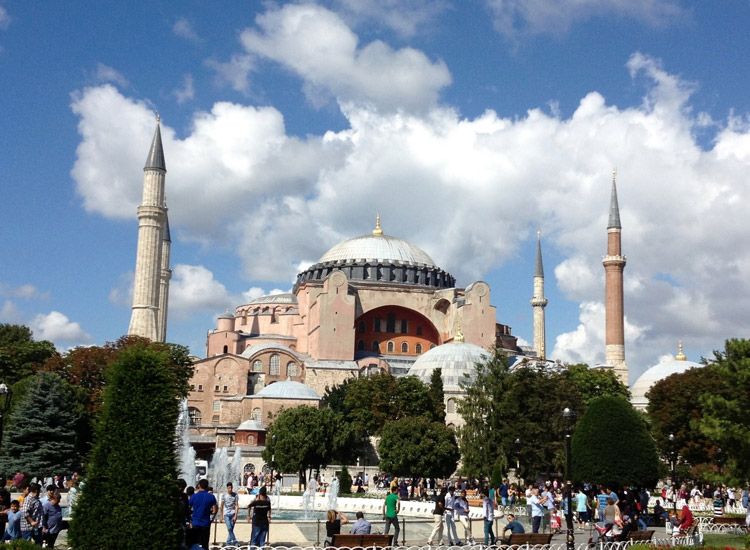 Impressive exteriors, heavenly interiors, catch a glimpse of the heavenly domes and ancient mosaics. Istanbul’s most cherished landmark has features of its past lovingly preserved in the museum.

Topkapı Palace has been the residency of the sultans of Ottoman Empire for more than 400 years. A visit to the royal palace is one of the best things to do in Istanbul. A fine specimen of Ottoman architecture, here you can relive royal pleasures. Explore the palace premises which has large collections of treasures including jewelry, porcelain, robes, weapons, shields, armor, miniatures, Islamic calligraphic manuscripts and murals.

The Museum of the Ancient Orient; the main Archaeology Museum, the Tiled Pavilion of Mehmet the Conqueror and also Istanbul through the Ages are the most interesting displays you must not miss.

[Do classic Turkey tour with this package.]

The Süleymaniye Mosque is one of the most recognized landmarks of the city. The famous Ottoman architect Sinan built the magnificent mosque for Süleyman the Magnificent in the late 16th century.

The ancient mosque is one of the not to miss tourist attractions in Istanbul. A fine specimen of harmonious design and layout, the mosque complex featuring gardens and a three-sided forecourt with a central domed fountain. It is dominated by an elevated 53-meter-high dome surrounded by a tranquil gardens. Do not miss to walk through the Ottoman cemetery here marked by tombs of Sultan Süleyman and his wife Haseki Hürrem Sultan. 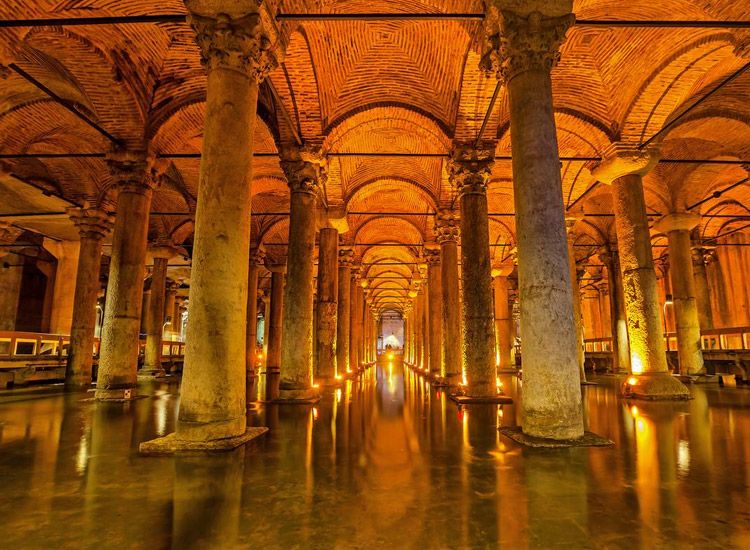 The Basilica Cistern is one of the tourist attractions in Istanbul that you must not miss. It was a former imperial water supply for the Byzantine emperors and an architectural feat. The fascinating structure has 336 columns in 12 rows. The 6th century project was started by Constantine the Great but finished by Emperor Justinian.

The most notable features of the cistern are the column bases known as the Medusa stones. These are located in the northwest corner with their Medusa head carvings. Explore the scenic and spooky setting of beautifully lit columns and the soft melody of trickling water. 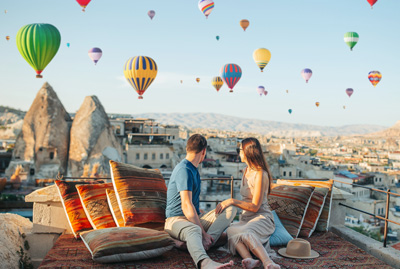 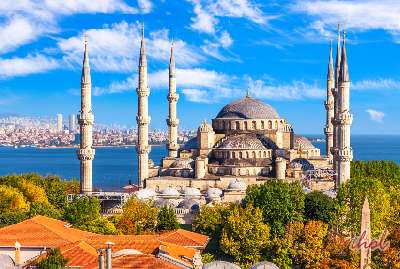 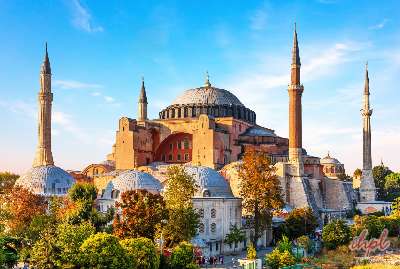 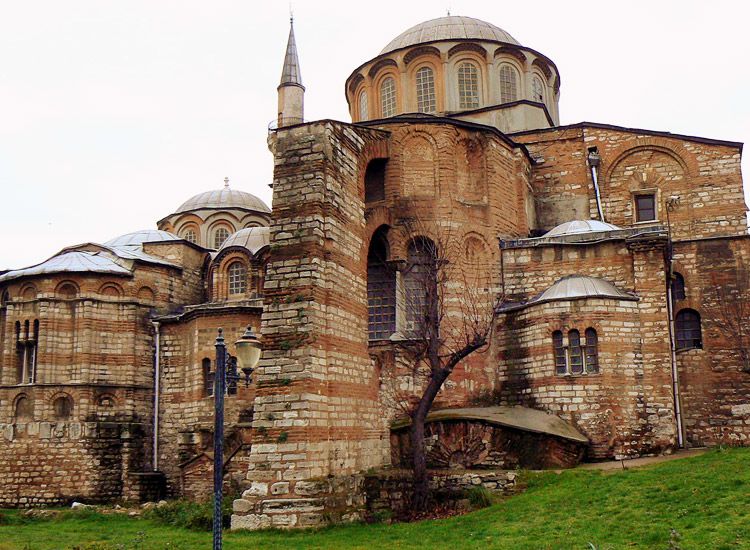 Originally called the Church of St. Saviour of Chora, Kariye Museum located outside old Constantinople’s city walls is definitely one of the best places to visit in Istanbul. Built first in the 5th century, it had several facelifts from the 11th to 14th centuries. The passing time the glory has not diminished but has only increased it appeal.

The museum is amazing in all aspects. Check-out the impressive Byzantine artistry. Exploring a range of themes from the savior Jesus Christ to the New Testament stories, the vibrant 14th-century mosaics, frescoes along the walls and domes are quite incredible.

[Visit Istanbul & Athens together with this package.] 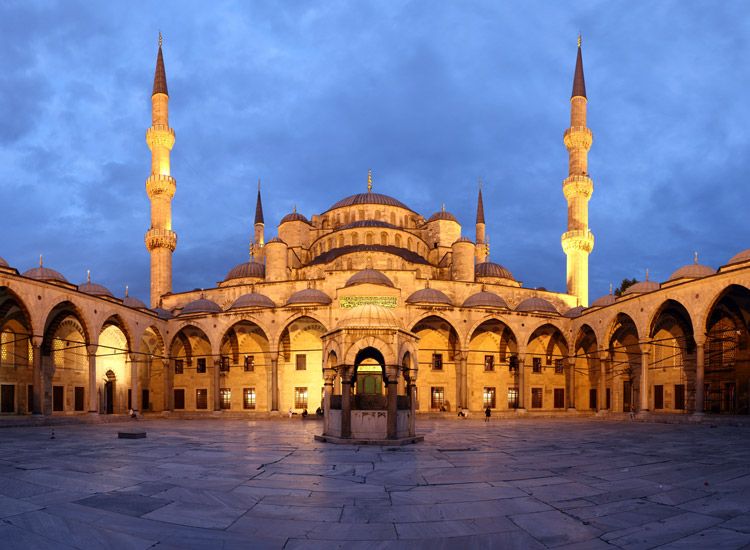 A grand architectural gift to Istanbul, The Blue Mosque built by Sultan Ahmet I. The 17th century mosque is a beauty to marvel at. Adorned with ten thousands of iznik tiles, the entire three-dimensional color effect make the mosque one of the finest achievements of the Ottoman architecture.

Istanbul’s most photogenic landmark, the Blue Mosque adds charm to the city. A walk through the ancient mosque is one of the best things to do in Istanbul. The architecture, the setting and the bliss inspires to reminiscence the old days. Do attend a historical narrative and a light show on summer evenings. 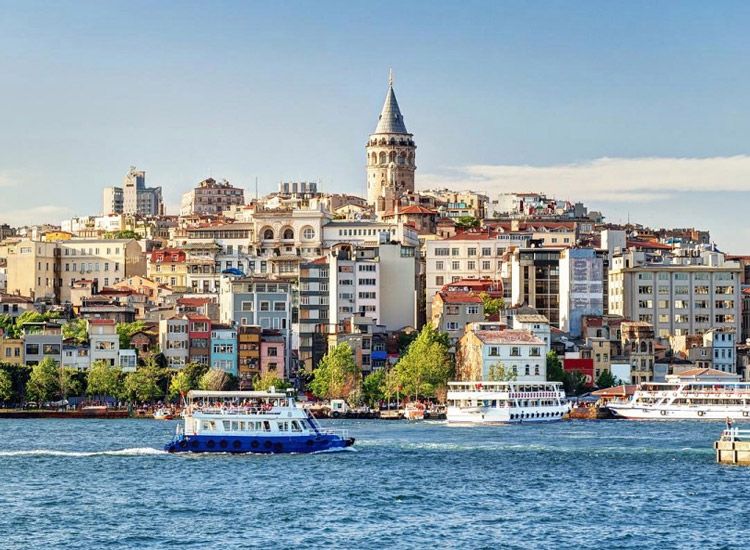 A trip to Istanbul is not complete without a Bosphorus cruise. An experience of a lifetime, a cruise on the strait is one of the best tourist attractions in Turkey. Not only does the boat tour provide a breathtaking view of the city and both the European and Asian shores of the famous waterway, it has abundant history, culture and other pleasures to indulge in.

There are several cruises you can choose from: a short one (to the second suspension bridge and back), a long one (all the way to the Black Sea and back), and a sunset tour in summertime.

The ornate Dolmabahçe Palace is one of the most impressive architectural gems of Turkey. Built by Sultan Abdülmecid I in the 19th century, the palace replaced Topkapı Palace as the main residence of the Ottoman sultans.

The impressive palace is located along the Bosphorus Strait. Inspired by European decoration and architecture and splendor of Ottoman Empire it is one of the top places to visit in Istanbul. A wonder of Turkish Renaissance style, the interiors are a spellbinding mix of Rococo, Baroque, Neoclassical and Ottoman elements. Marvel at the massive crystal chandeliers, profuse use of gold, French-style furniture, and impressive frescoed ceilings. Even the gardens are spectacular, decorated with fountains, ornate basins, and blooming flower beds.

[Also read about things to do in Turkey.] 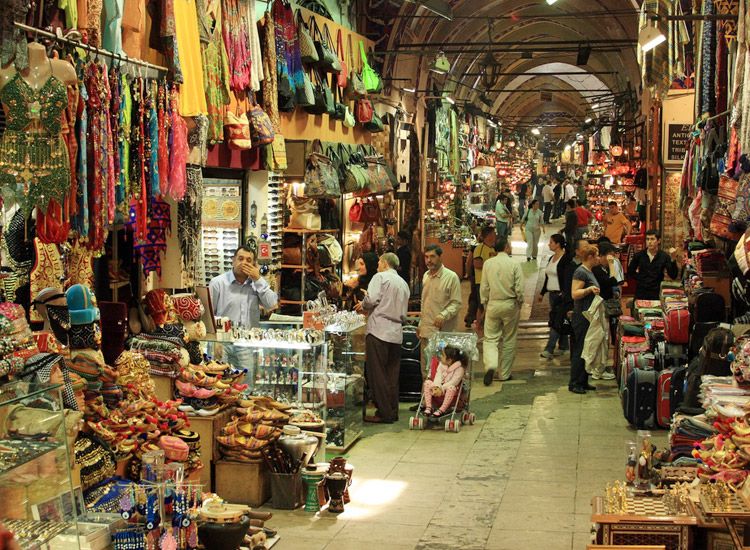 A holiday in Istanbul remains incomplete without a visit to the Grand Bazaar. One among the oldest markets in the world, its amazing to explore. The covered space has around 5000 shops. Since its construction in 1461, is has been a hub of international and local trade.

The maze of pleasures lure the hearts, minds and also the pockets of travelers in Istanbul. In fact, it won’t be wrong to say that the Grand Bazaar is the ultimate oriental shopping experience. Exquisite textiles, jewellery, spices, lanterns, pottery, and souvenirs are the best deals. Bartering is an absolute must. 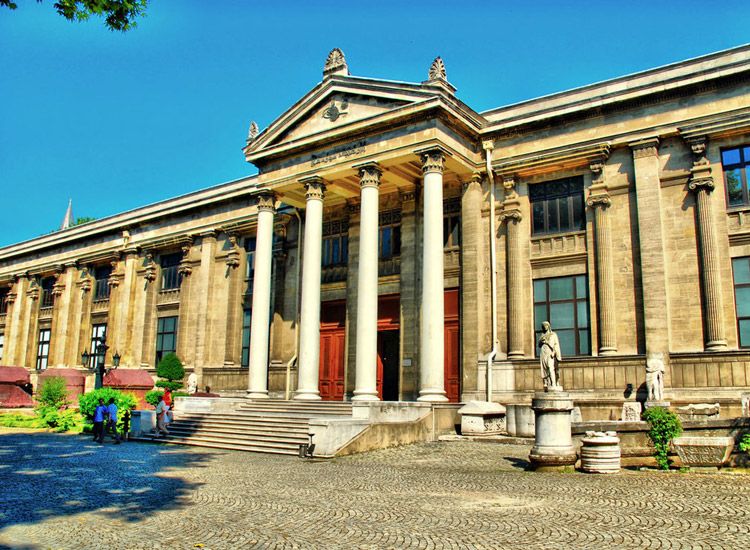 Istanbul Archaeology Museum is a complex which brings together a wide array of artifacts from Turkey and the through the Middle East. The three sections in the complex, The Museum of the Ancient Orient, main Archaeology Museum, Tilde Pavilion of Mehmet the Conqueror host an incredible collection of ceramic art. Also worthy of visit is, Istanbul through the Ages which has some interesting artifacts on display.

Ranked among the best places to visit in Istanbul, the museum is an absolute must for hasty an art lovers. Take time exploring. The rich heritage will keep you occupied for hours. 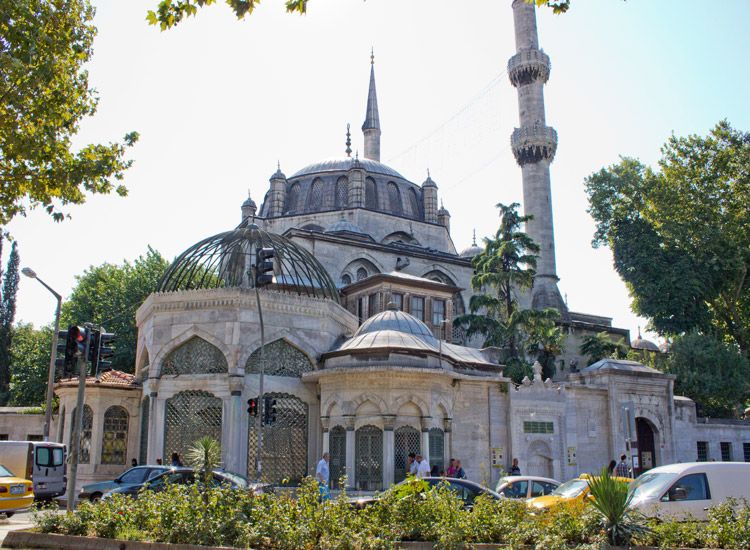 One of the historical masterpieces of Istanbul, Atik Valide Mosque was built by Ottoman harem. Endowed with feminine grace, the marvel is one of the best in Istanbul that you must absolutely not miss exploring the remains of the Byznatine of the former era.

Named among the best creations of the master architect Mirar Sinan, it is truly one of the finest and preserved pages from history. Commanding over the city skyline, the spectacular creation is truly awe-inspiring. 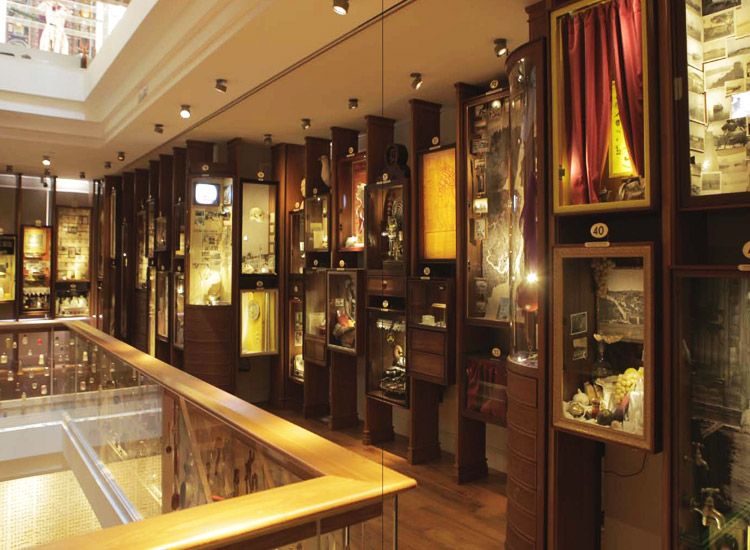 The Museum of Innocence is a 19th-century house created by popular novelist Orhan Pamuk as a companion to his novel of the same name. The museum has a collection of more than thousand objects, presents that the novel’s characters ‘used, wore, heard, saw, collected and dreamed of, all meticulously arranged boxes and display cabinets.

The real collection of things used by fictional characters is quite interesting to explore. You can imagine a story as you explore this collection. This is apt for light-hearted sightseeing, one of the top places to check out in Istanbul.

[Book your international tour with IndianHoliday.com] 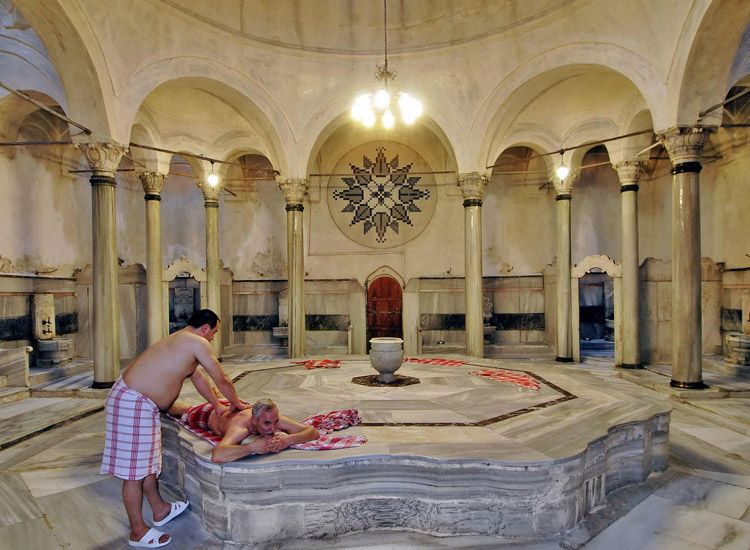 There is nothing better to rejuvenate on your vacation in Istanbul than getting scrubbed in a hamam. In fact this is one of the best experiences of Istanbul. Think of pampering your body and senses like this after a long day of walking, taking in historic sights and the other pleasures of the fascinating city.

Start the session with relaxing in a steamy room laying on hot marble, listening to the soothing sounds of running water. Get a quick soapy body scrub, followed by a sultan’s massage. Rejuvenating and a cherished experience, you can opt for a session at one of the several hamams available in the city. 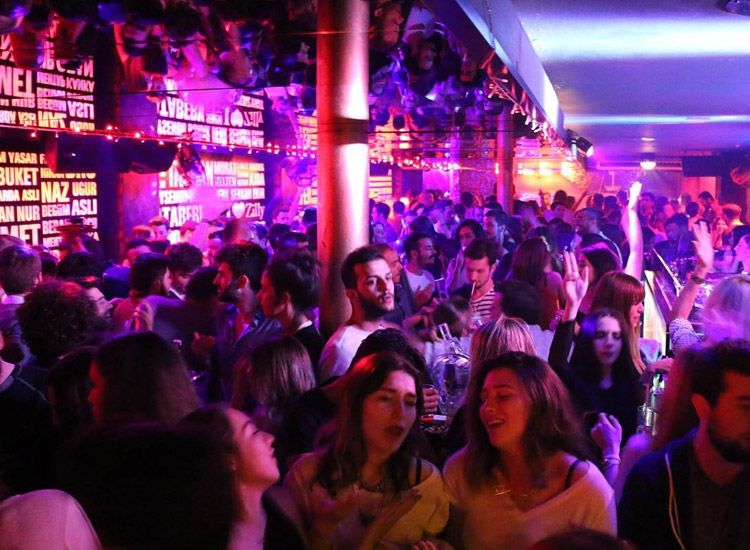 As modern as it is ancient, Istanbul’s nightlife is splendid and everything you could ask for. The nighttime activities can surely compete with the rest of the world. Live performances, cruises, event, concerts, dining and whatever you wish for, Istanbul has it all.

Indulge in the exciting nightlife, it’s one of the best things to do in Istanbul. For a quiet and cultural night, attend a live performance while sipping on your favorite drink. If you would love to dance the night away, have a go at concerts of current and past world stars. Parties of fun, dance and music are popular at the open-air venues by the Bosphorus. 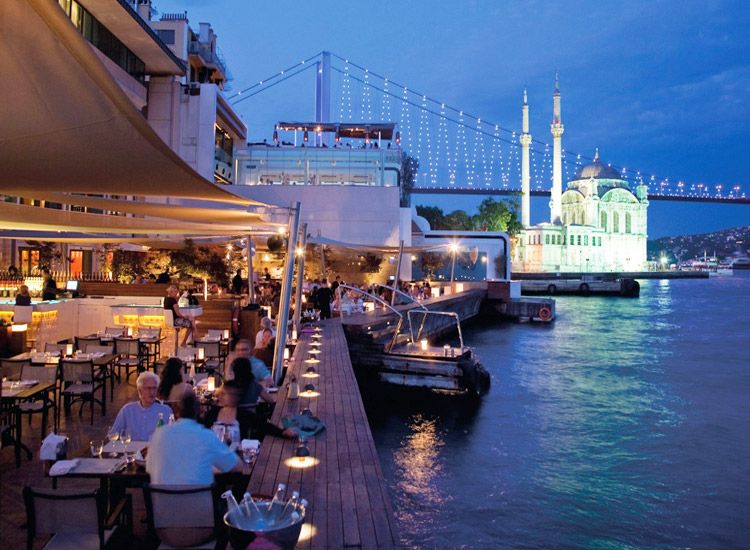 Turkey’s kitchen is among the richest of all, blending flavors of different continents and cultures. The experience is priceless. Food in Istanbul is a profusion of tastes. The main dishes are appetizing but it’s the Turkish delights you must not miss, Baklavas, a glass of Aryan, doner, ice cream and other equally delicious tastes. The dinner must be extended with nargile, sheesha, hubbly bubbly – whatever you call it. There is an ample supply of hookah bars in Istanbul where you can continue socializing till late hours. 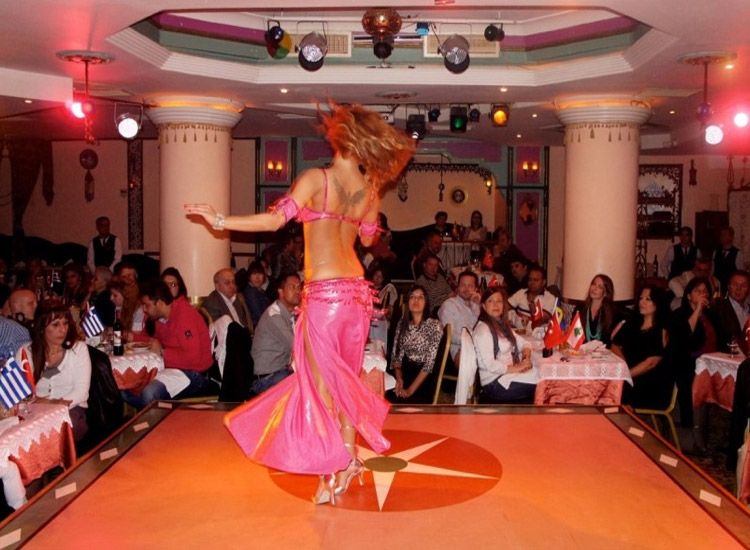 A holiday in Istanbul is quite not complete, if you have not attended a belly-dancing. The exquisite dance of the graceful dancers, the groovy music and the setting will whisk you into a fairytale of the Arabian Nights. If you are after a performance with more of an entertainment factor, then do not miss Hodjapasha Dance Theatre. From folkloric belly-dancing performances to some of the contemporary ones, there are quite a number of exciting shows.