Chittorgarh Fort, also called Chittaur, has always been one of the greatest forts not just in Rajasthan but in India. It stood many battles between Rajput Kings and Afghan Emperors and still stands proudly, attracting many history buffs. The walls of the fort shout of great sacrifices and valor of the Rajput men and women. The fort gained more popularity after being featured in the Bollywood movie Padmavat, based on the battle fought between Rawal Ratan Singh and Alauddin Khilji.

The fort is located on the banks of Berach river, south of Rajasthan, and is spread around 700 acres on a hilltop. It is an imposing structure with many gateways and exquisite architecture. Owing to its magnificence, the Chittorgarh Fort was declared a UNESCO World Heritage Site in 2013.

Legends has it that this UNESCO world heritage site was built by one of the Pandavas, Bhima of Mahabharata. In history books, Chittaur was founded in the 7th century AD, under the rule of Mauryans. It is believed that the fort served as the capital of Mewar for nearly eight centuries. However, a tragedy happened when Emperor Akbar looted and destroyed the fort in the 15th century. It was during this attack that the practice of Jauhar came into the limelight.

One of the largest forts in the country, the Chittorgarh Fort has a circumference of 13 km, covering around 700 acres. It is difficult to reach the bridge as it is at an ascent of about 1 km compared to the plains. The fortification is around 2 km long and 155 m wide, and the cover of mountains on one side makes the fort impregnable. If one has to enter the fort, they have to cross seven gates.

Chittorgarh Fort complex has various structures, including 4 palace complexes, 19 main temples, 4 memorials, and 20 functional water bodies. Also, it is surprising to know that the fort has two different architectural styles - Rajputana and Sidodian - as it was built in two phases.

There are many famous palaces inside the fort, including Rana Kumbha Mahal, Kanwar Pade Ka Mahal, and the Palace of the poet Mira Bai. It also has the Ratan Singh Palace and Fateh Prakash.

As many lives were lost during the battles, especially during Jauhar, Chittorgarh Fort Rajasthan is believed to be haunted. Locals have reported many strange sightings, eerie silences, and even blood-curdling screams. The fort becomes scarier during the night when ghouls make their way here.

How to reach Chittorgarh Fort

The nearest airport to Chittorgarh fort is the Maharana Pratap Airport in Udaipur, 97 km away.

The city of Chittorgarh is well connected to the other parts of India via Chittorgarh railway station, 6.5 km away.

Rajasthan roadways offer bus service to the major tourist spots of the state, including Chittorgarh city. 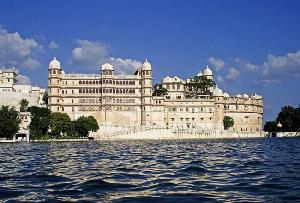 
Things To Do in Chittorgarh 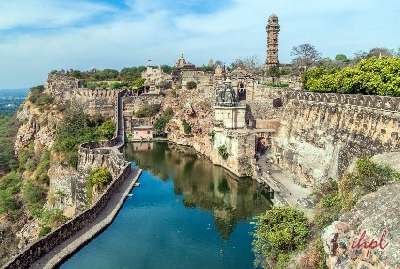 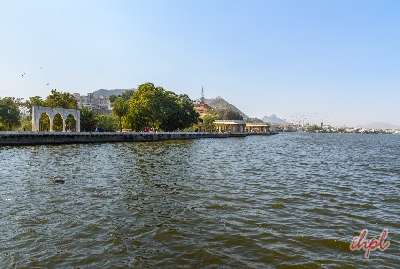